In 2008, with the generous support of the Annenberg Foundation, Ocean Alliance purchased the iconic Tarr & Wonson Paint Manufactory in Gloucester, Massachusetts, to be our new home and headquarters. This beautiful site, sitting at the entrance of Gloucester harbor, has guided Gloucester’s fishermen and women home for over 150 years and stands proud as an icon of Gloucester’s magnificent maritime heritage.

Purchasing the site was a significant demonstration of Ocean Alliance’s ambition. When we purchased the site the buildings were dilapidated after many, many years of being unoccupied. Moreover, having produced paint which included high levels of many potentially dangerous substances for well over 150 years, the site was also incredibly contaminated.

It was a great challenge, but finally in 2013 Ocean Alliance had fully renovated one of the buildings on the site and moved in! Since then, we have been steadily cleaning up and remediating the rest of the site. There is a long way to go, but we have spent over 2 million dollars just cleaning and fixing up the site so far!

I am delighted to help Ocean Alliance preserve this landmark for Gloucester and our nation. Its restoration is a clear example of how historic properties can be saved for community use. With a research institute in this space, the citizens of Gloucester and our country will benefit from expanded knowledge of our most important resource—water. It is a privilege to be a part of American history. 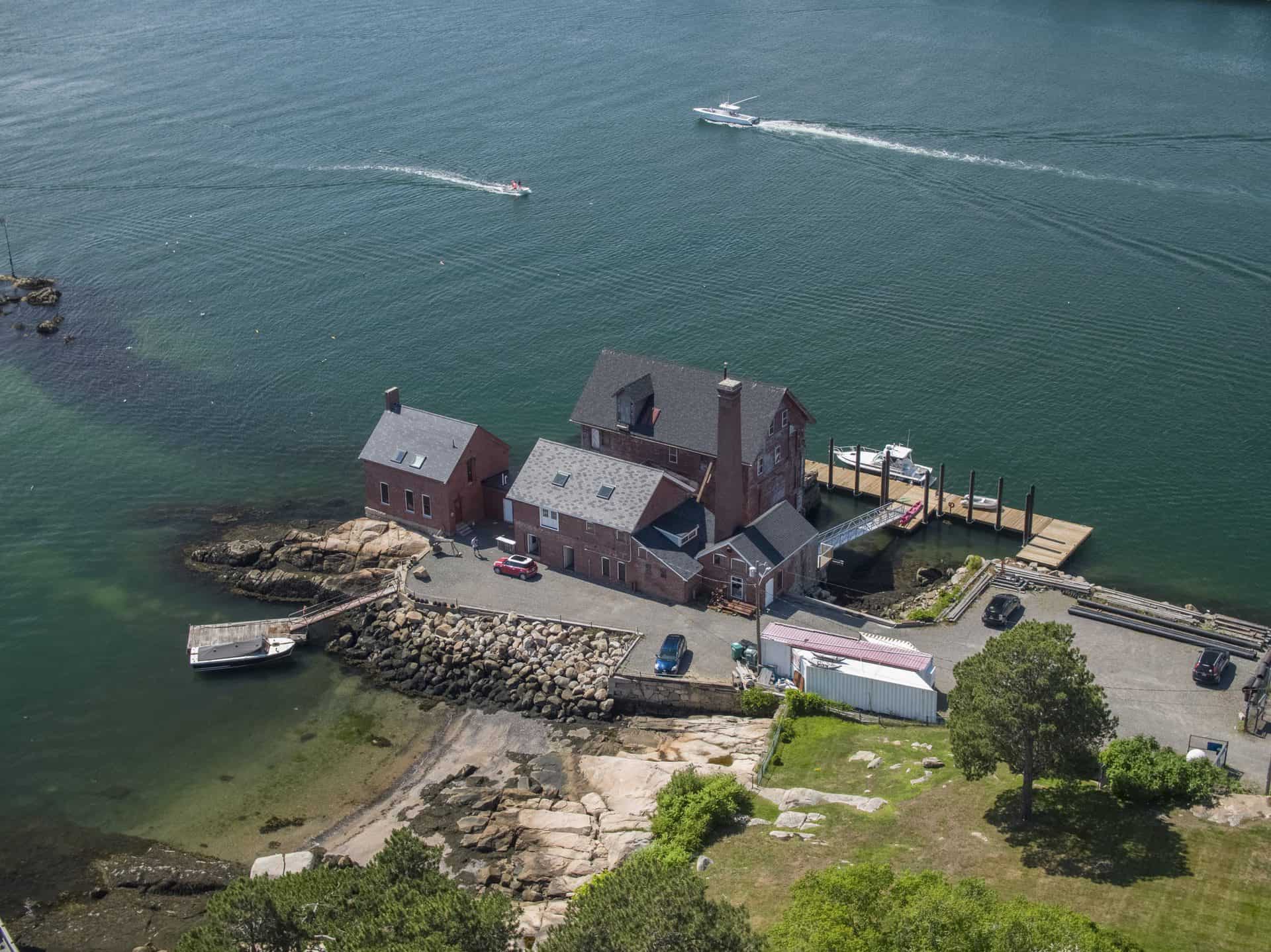 Ocean Alliance is studying the feasibility of constructing a conservation-themed makerspace innovation center at the Paint Factory. The study, funded in part by the Economic Development Administration, is looking at the possibility of  reconstructing two Paint Factory buildings (D and F) that were taken down when we moved into the site in 2008.

We’re excited about building a makerspace innovation center that aligns with Ocean Alliance’s mission of conserving whales and their ocean environment. Ocean Alliance anticipates that the makerspace innovation center will act as a catalyst to create jobs and become an innovation hub, linking the City of Gloucester and surrounding towns with the areas’ educational institutions, local businesses, entrepreneurs, non-profits, government agencies, and others. Our makerspace will be unique, with docks, project and office space, and direct water access all in one place.

Please check our blog for updates on the Paint Factory site or donate today to support our maker space innovation center plans.

Founded in 1623, Gloucester is America’s oldest seaport and the birthplace of her first major industry. Though built on fishing, Gloucester has also attracted painters, sculptors, poets, adventurers and remarkable inventors. One of the greatest inventions to come out of Gloucester solved a problem that had plagued ships for centuries: barnacles, worms and weeds that grew on the hulls and slowed their progress. Tarr and Wonson experimented for years, painting chemical concoctions onto house shingles, then immersing them in Gloucester Harbor, until finally one of their concoctions showed antifouling properties. It was based on copper oxide in tar with napalm.

In 1863, Tarr and Wonson received a patent for their revolutionary bottom paint. By 1870 the first buildings of Tarr and Wonson’s paint manufactory appeared at the end of Rocky Neck. One cannot overestimate the effect of the new antifouling paint. It transformed not just the North Atlantic fishery but trade, commerce and even warfare. For many years, Tarr and Wonson made the only bottom paint in America, but it coated the hulls of ships that sailed the world, and is still made today.

When these two men built the paint manufactory at the end of Rocky Neck they did not know that both their paint and their buildings would become such an important part of New England’s history. Painters from around the world, such as Edward Hopper and John Sloane, came to capture these buildings on canvas, a trend that continues today, making the paint factory one of the most familiar images in New England art.