Whales and the golden record

Recently, NASA announced that the Voyager 2 probe had left the boundaries of our solar system: becoming just the second human-made object to do so (after its sister probe, the Voyager 1). NASA launched these probes in 1977, an effort to learn more about the outer solar system and the giant planets Jupiter, Saturn, Uranus, and Neptune. Such were the probes’ successes; their mission was extended in the 1980s to explore the very boundaries of our solar system.

But what on earth does this have to do with whales? On its face, marine mammal science and interstellar science have very little in common.

As technology advances, humanity will increasingly look to the stars. In 1969 the first man set foot on the moon. In 2000 the International Science Station (ISS) housed its first permanent residents. Today, private organizations such as SpaceX and Virgin Galactic bring us closer to space than ever before. Goldman Sachs recently predicted that the world’s first trillionaire will make their fortune in space. Unlike most things (such as the natural resources on this planet), space is effectively limitless. The Voyager probes represent the greatest extent of human exploration of this boundless frontier.

But these probes did not only include scientific instrumentation. They also each contained a ‘Golden Record’ which included on it sounds and images from humanity and planet earth. The idea is that if extra-terrestrials ever discover these probes, these beings would be able to learn about us. 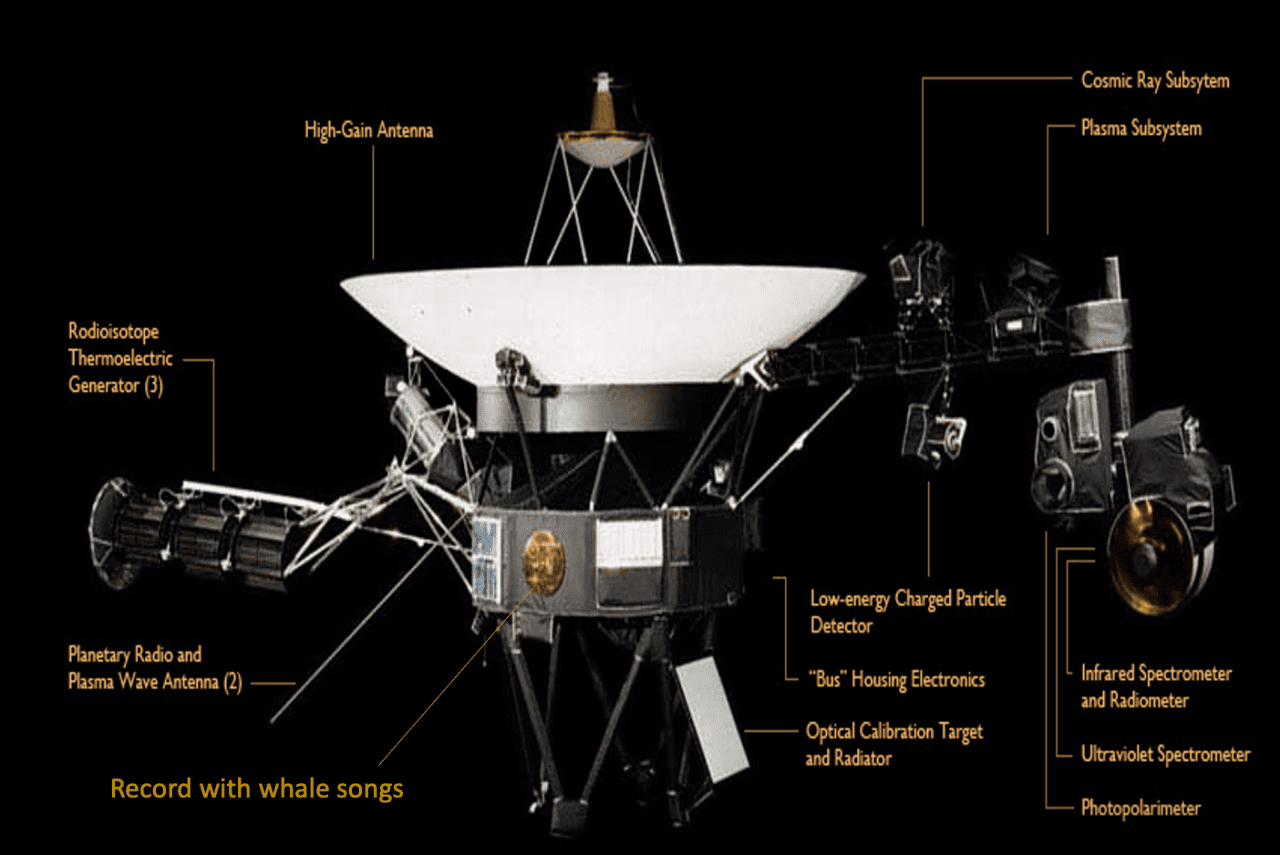 What an incredible responsibility this was – to decide what to put on these Golden Records. With today’s technology, one could store colossal amounts of information on a computer drive the size of a thumb. In the 1970s, they had to be incredibly careful about what to include, and indeed what not to include. They had to determine what humanity’s greatest hits were: to give extra-terrestrials a snapshot of humanity and life on earth. The added responsibility was that these probes might be the longest-lived objects of any object created by humanity.

So, what was included on the Golden Records?

Images of a nude man and woman, an attempt to explain reproduction. An image of the structure of DNA. Olympic sprinters. The Taj Mahal (chosen above other great pieces of architecture because it was built in honor of a woman and not a god). The records also included sounds: “Johnny B. Goode,” by Chuck Berry, a Georgian chorus, and the sound of a human kiss all made the cut. One section of the Golden Record contains 60 greetings in different human languages, from Indonesian to Sumerian, Telugu to Hebrew.

Amongst these greetings, there is one which stands out, which differs from the rest. Rather than constituting a spoken greeting, this one is in song form. It was sung and recorded off the coast of Bermuda during the winter of 1970. It was a beautiful and haunting song, and while the reasons why it was sung are still not entirely understood, it was recorded by none other than Ocean Alliance founder Dr. Roger Payne. In case my not-so-subtle hints have been misinterpreted, a humpback whale sang this greeting from our planet. Further in the record other animal sounds are included, but the whale song is the only non-human sound included in the list of greetings from earth. 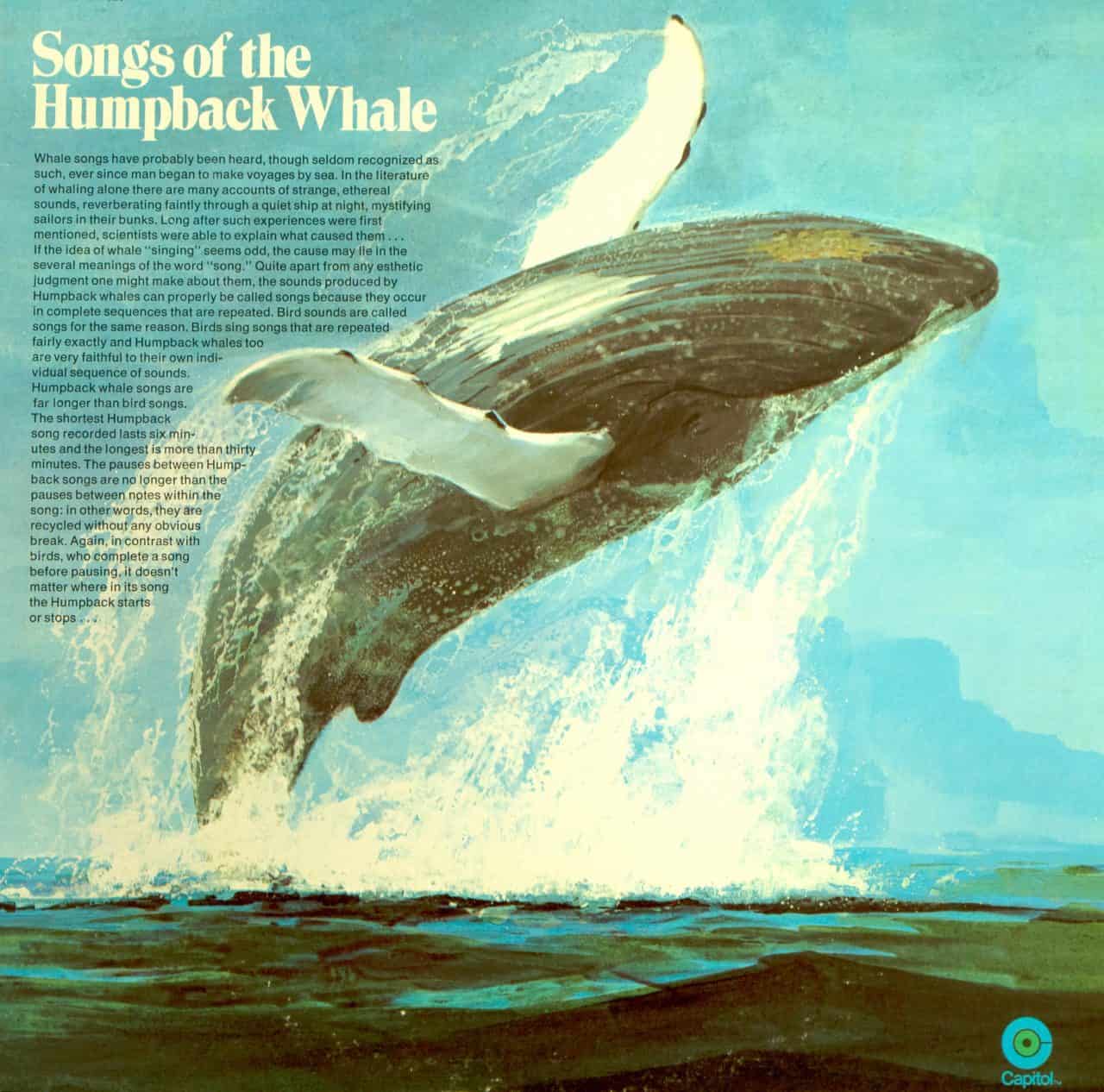 This inclusion seems to me quite lovely. That the people who sent these probes into the cosmos were not so arrogant as to believe that all an extra-terrestrial life form would be interested in was humanity. During this bold and aggressive age, at the height of the cold war when the United States and the Soviet Union fought a ferocious technological and economic conflict. And a deep, slow, rhythmic whale song is chosen as a greeting from Planet Earth to the cosmos. To me, this addition shows so much about humanity. It is a recognition of the fact that these sounds are a part of this planet, just as we are. It shows humility in the face of nature, from some of the brightest (human) minds on the planet – a NASA committee headed by Dr. Payne’s friend Carl Sagan. It suggests that, intrinsically, we do care about the planet, the organisms that make it home. On a more personal level, it also tells me that if humanity can send these objects beyond our solar system, then we can certainly do more to protect life – and the organisms which created these sounds – back on our planet.

So we come back to why a whale biologist is talking about the Voyager probes. The easy answer is, well, because there are whale songs embedded on the probes.

Perhaps there are more links between space and whales. One would be forgiven for drawing comparative allegories between whale song and humanity’s exploration of space. It is full of mystery, unknowable, haunting, and prehistoric, something which, no matter how much we learn about it, will always be just beyond the cusp of our understanding.

There are also crucial differences. Space is effectively limitless. There will always be more space to discover. But one day, humans might wake up on a planet that has no more whales. And while space is beyond our control, our ability to control what happens to life on earth is not.