The Voyage of the Odyssey was perhaps the most ambitious and important program ever undertaken by Ocean Alliance: five and a half years, every major ocean on the planet visited, 87,000 miles, 121 ports, and 952 skin and blubber biopsies taken from sperm whales. The expedition played an important role in bringing to the world’s attention the threat that chemical pollution poses to our oceans, specifically to the great whales. Chemical pollution is now widely accepted as one of the most significant threats whales, particularly toothed whales, face.

In a 1979 article in National Geographic magazine, our founder and president Dr. Roger Payne predicted that chemical pollution would replace the harpoon as the next greatest threat to whales. Recognizing the stark lack of data regarding the quantities of chemical pollution in our oceans (and how these levels were effecting marine life), Roger set Ocean Alliance the task of obtaining a global baseline data set on contaminants.

This was an extraordinarily ambitious target, particularly for a group of Ocean Alliance’s size. Yet there was an absolute need for this information, and after years of fund-raising and planning, the program was finally ready to launch in the year 2000. In the executive summary of the project, Dr. Payne stated that, ‘The Voyage of the Odyssey has proved irrefutably that ocean life is becoming polluted to unacceptable levels by metals and human-made contaminants.’ 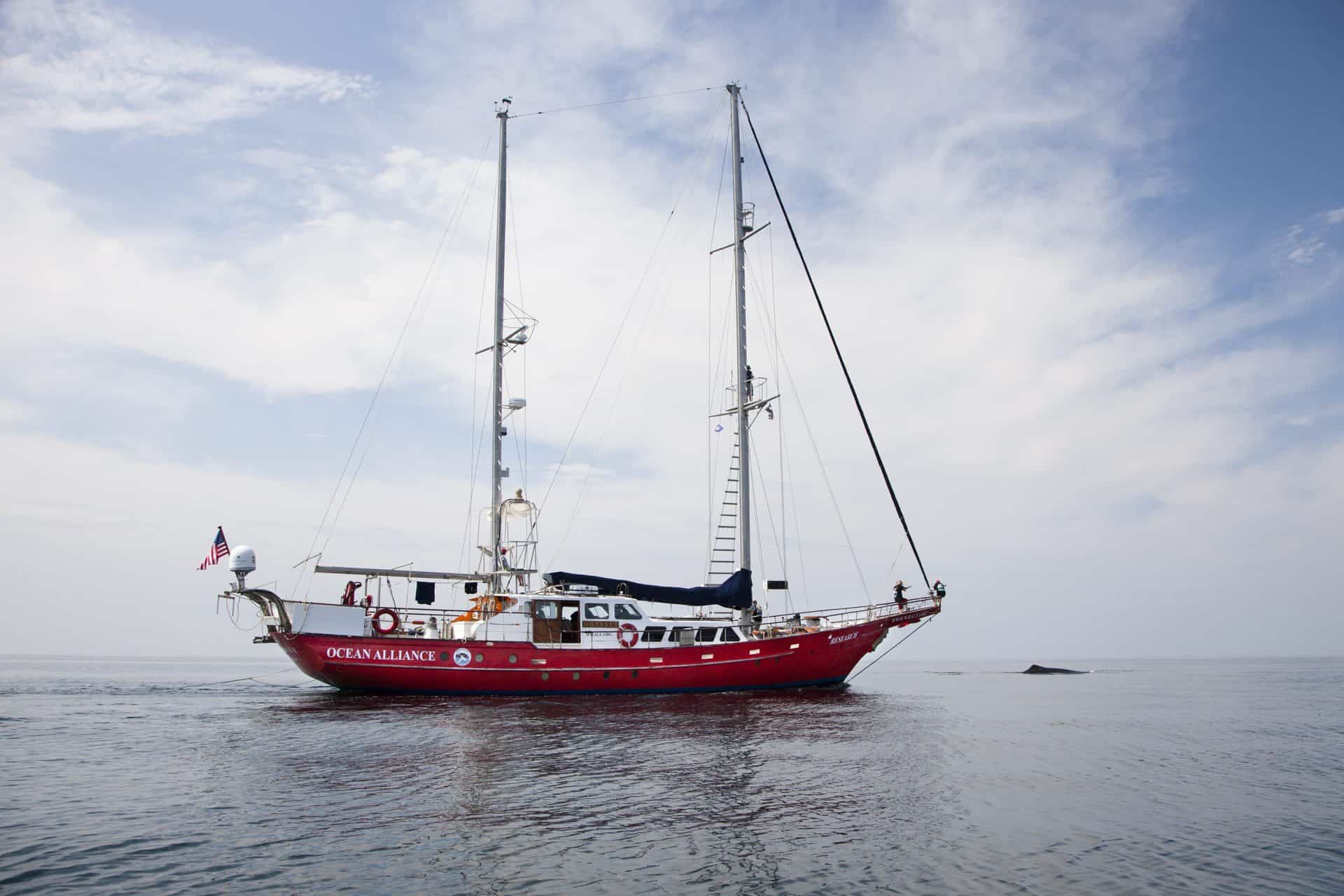 The expedition took place on Ocean Alliance’s 93-foot research vessel, the Odyssey. The R/V Odyssey was the workhorse of Ocean Alliance’s research activities for many years: It was donated to Ocean Alliance in 1992 and was sold in 2017. The vessel is legend, not only within Ocean Alliance, but within wider marine mammal research circles, and has hosted and played a role in the careers of many of the top whale scientists in the world today.

The focus of the program was on sperm whales, a cosmopolitan species found in every major ocean. As long-lived apex predators, sperm whales are a useful bio-indicator of health in the marine ecosystem in a toxicological context, owing to the effects of three key processes: bio-accumulation, bio-magnification and the generation effect. Sadly, these three processes mean that sperm whales, and other apex predators, are at great risk from toxic pollution. As mammalian apex predators that nurse their young with milk, they are also relatively similar to us, and thus are seen as the “canaries in the coal mine” regarding humanities relationship with the oceans.

The Voyage of the Odyssey also had a robust educational and outreach component. In every country they visited, Odyssey crew members met with government leaders, students, teachers, and journalists — many of whom kept promoting ocean health after the Odyssey departed for its next research location. The program was also the focus of a major online diary and educational web series aired on PBS, which was produced by Ocean Alliance staff members Genevieve and Chris Johnson.

Read more about the Voyage of the Odyssey here.