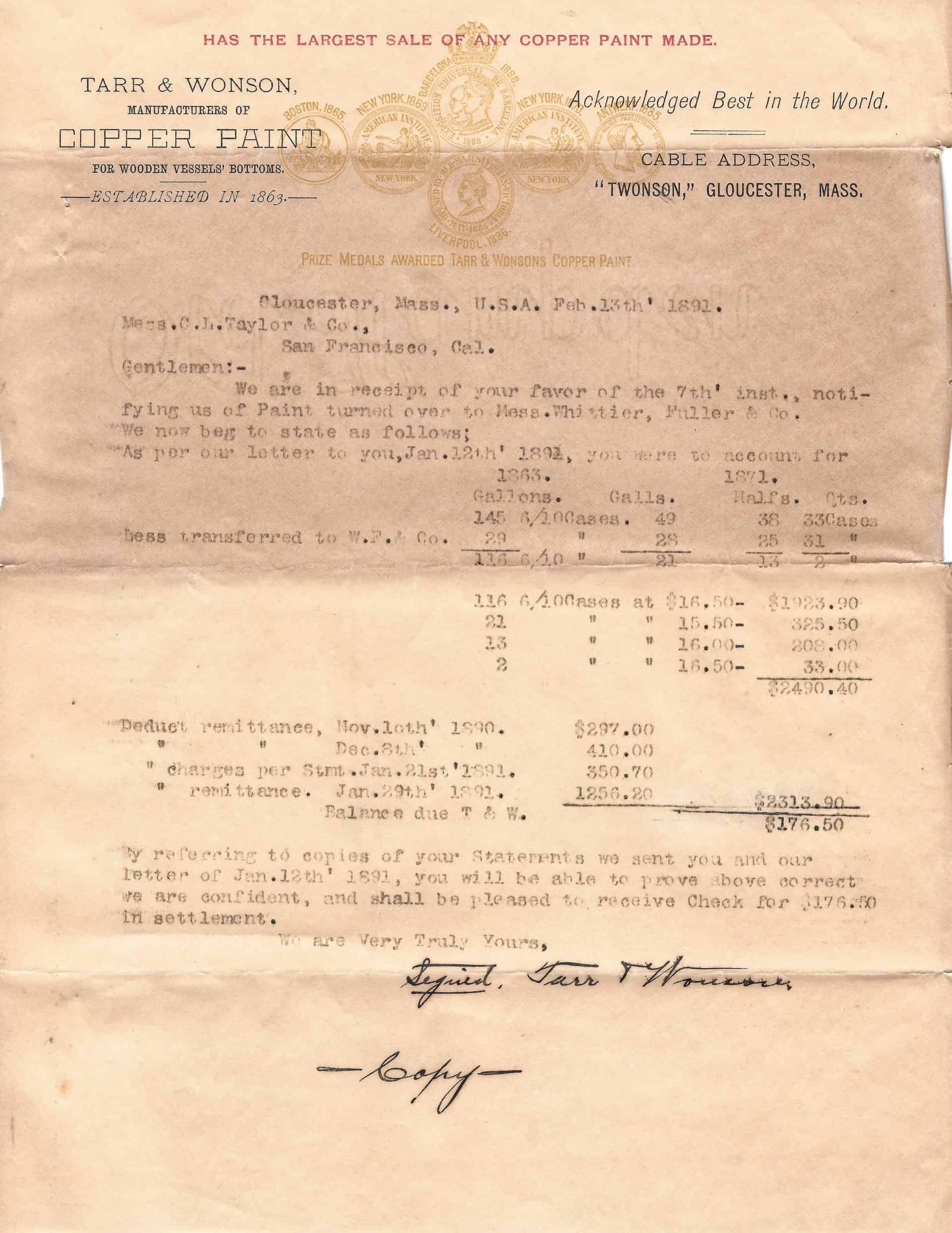 In April 2021 we were preparing to have the concrete floors of the Copper Mill building polished by Reliance Concrete Polishing. We were excited for the work to be done and were busy designing the whale art that was to go on the floor. However, there was one thing we needed to tackle before Reliance Concrete came in—we needed to move the antique safes that were in the buildings. The safes were originally in our main office building when we purchased the site; we moved them when we renovated the office building. The safes had been moved a few times (and even fell part-way through the floor in our upstairs office space) but they had never been opened.

We didn’t know what was inside, if anything, but were hoping to find historical documents from when the Tarr & Wonson Paint Factory was in operation. Since we had to move the safes, now seemed like the time to get them opened. We hired Earl’s Lock Shop of Gloucester to help us.

A day after we called, Thad of Earl’s Lock Shop was onsite, working to get the safes opened. After about an hour of drilling and fiddling, the first safe popped open. We were amazed to find the interiors just as Tarr & Wonson left them. There were 10 locked stockholder boxes that each stored financial documents and paint testing sheets. It turns out that safe wasn’t even locked, the lock was just jammed. The second safe took just about as long, and when we opened the doors stacks of old financial records came pouring out! 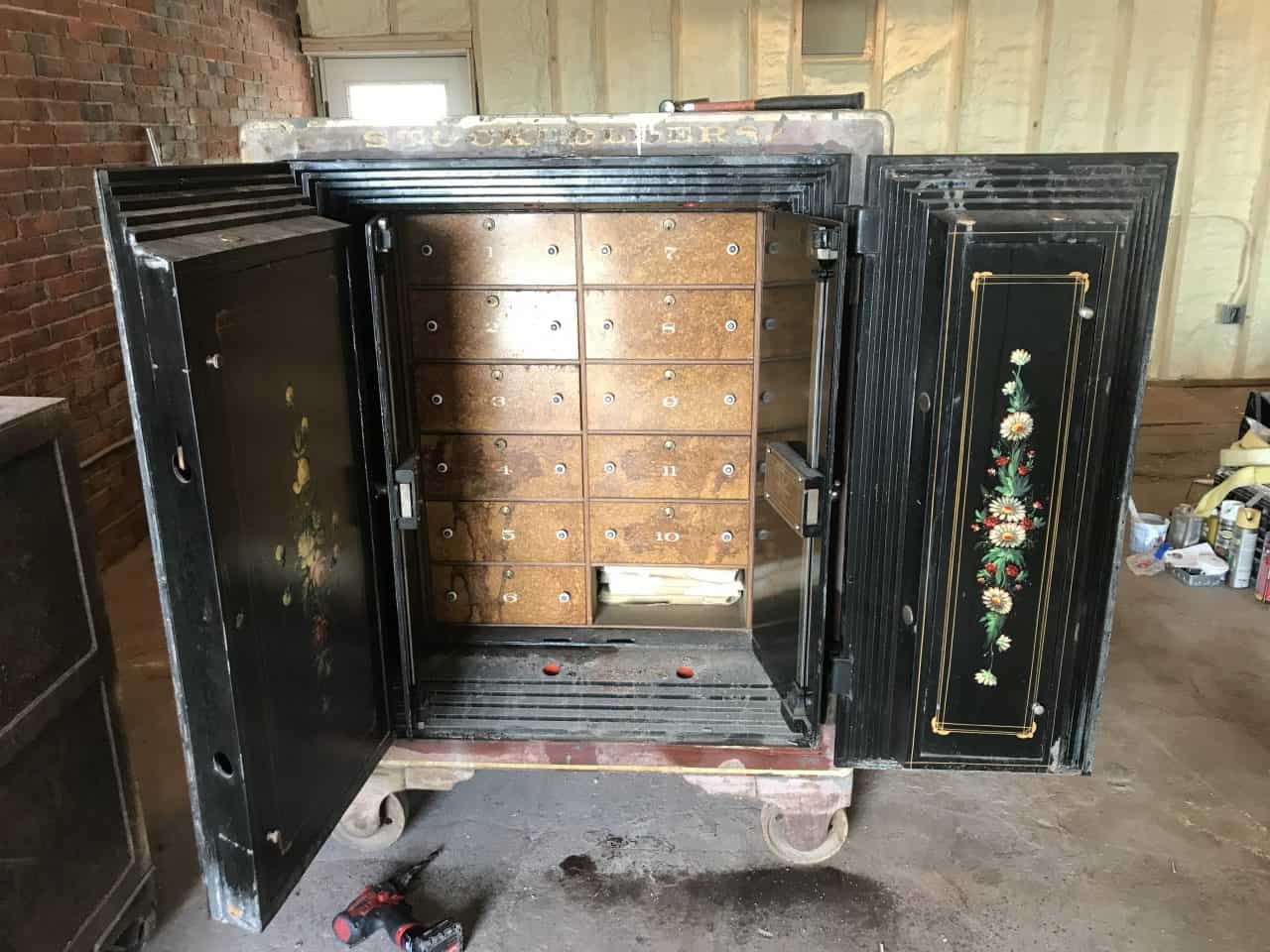 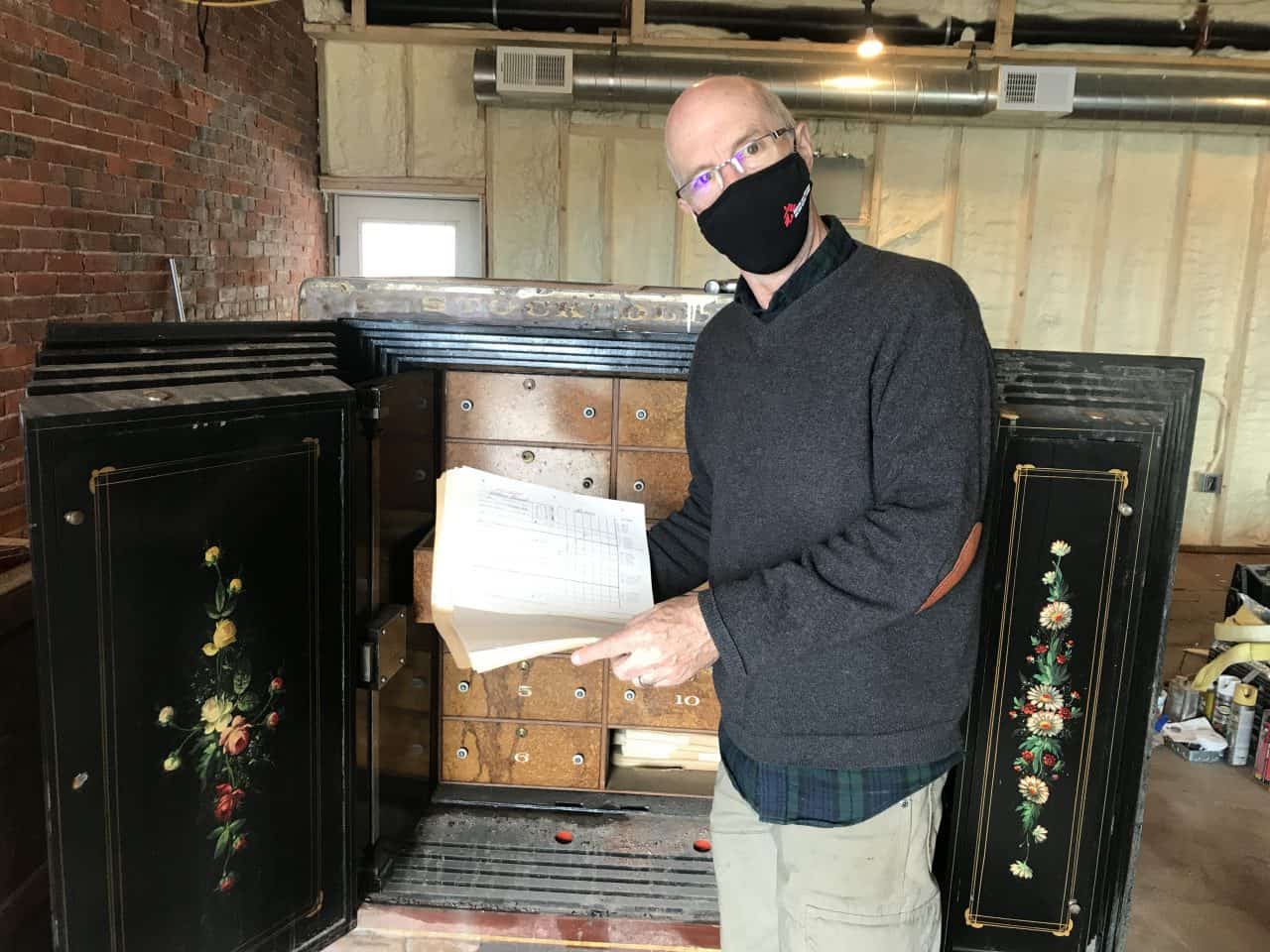 We reached out to Cape Ann Museum to get some guidance on preserving these materials and they provided us with a guide to follow.

Meanwhile we were looking for the right person to review the safe contents and organize them so we could share unique pieces with the public. Our volunteer, Maggie, stepped up to the plate and took on the daunting task of going through each piece of paper and organizing it into storage so that it would be easy to understand what we had and where it was.

Once everything was organized into folders and binders, Maggie started to look for themes or trends and comparative data.  This was difficult, as the types of information saved was not consistent through the decades.  It appears that whoever was the treasurer/accountant decided what should be saved, be it tax filings, export sales, or monthly bank statements.

Some facts and questions about the contents of the safes: 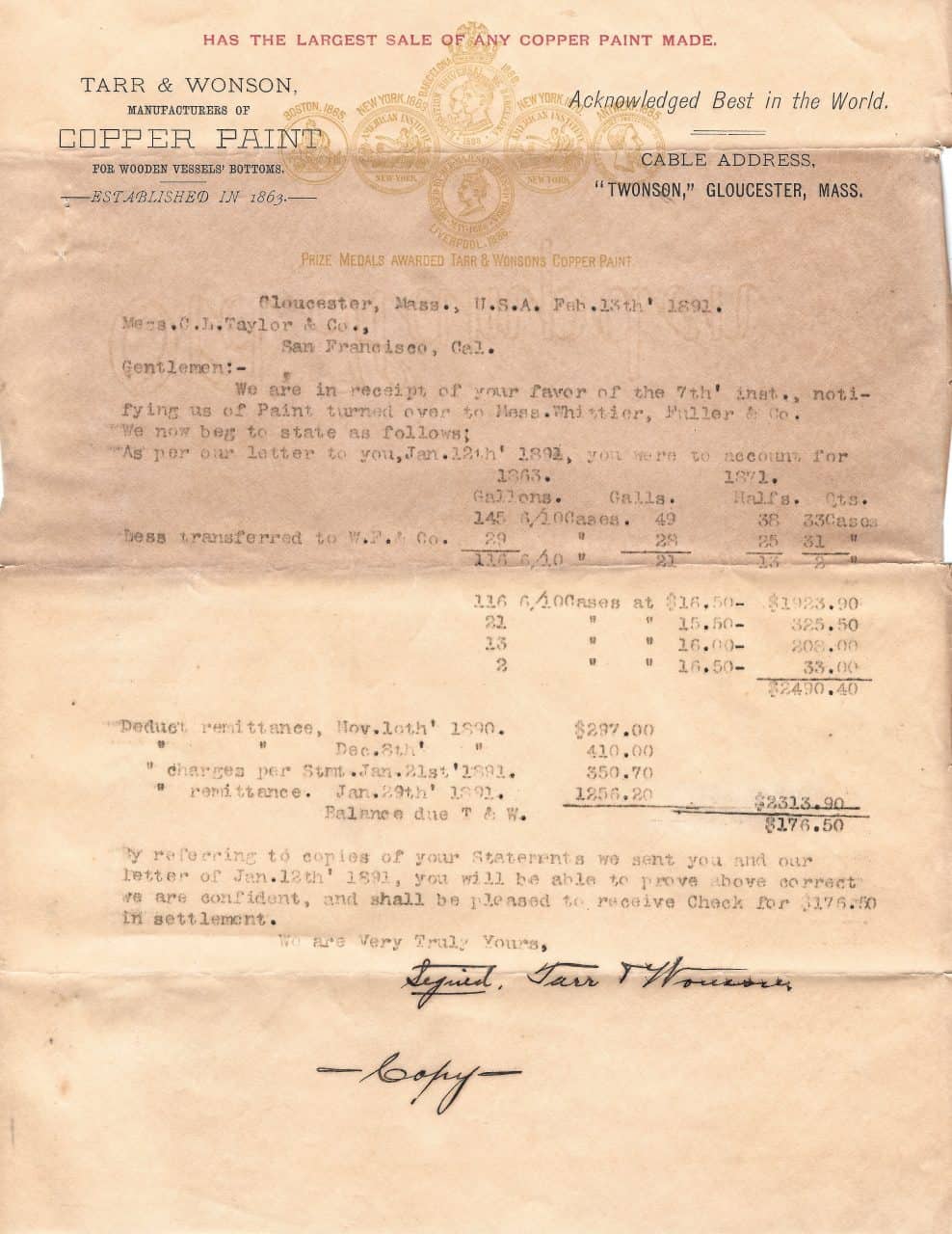 We’re very thankful for Maggie’s help sorting all of these documents and for volunteering for us. Because of her efforts, anyone can review the documents, and preserving them will be a much easier job. Maggie was also one of the dedicated volunteers who helped us paint the interiors of the recently renovated Copper Mill building.

Contents of the Safes: