SnotBot Expedition 12: The view from the 360 camera 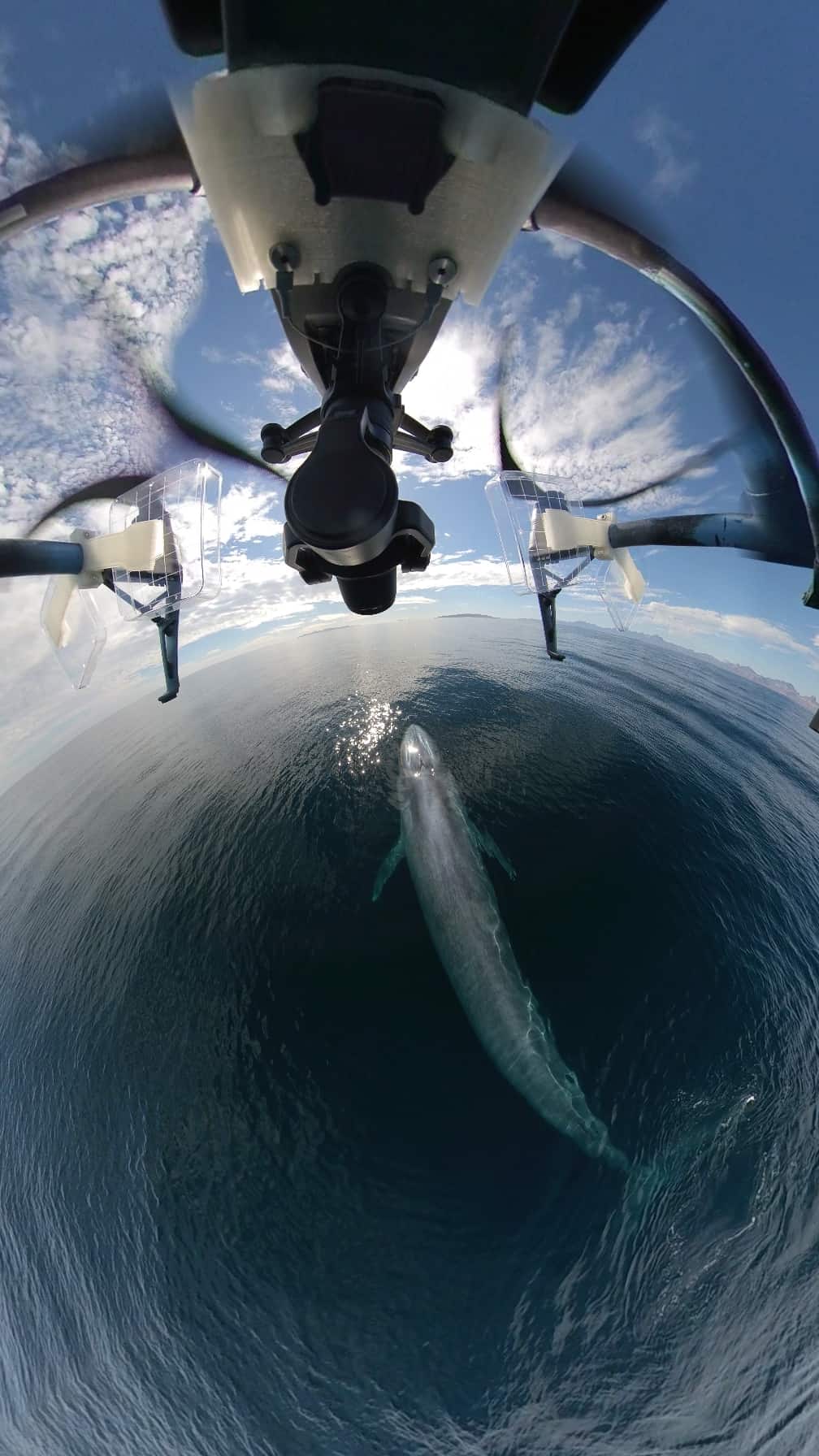 It’s always tough when an expedition comes to an end, we spend months engaged in planning and organizing, permits, logistics, crew and equipment. Then we are out on the water from dawn to dusk (in a small boat) working together as hard and as efficiently as we can, then back to the hotel to process the data, clean & prep the equipment and be ready for a 5:45 wake up to do it all again. 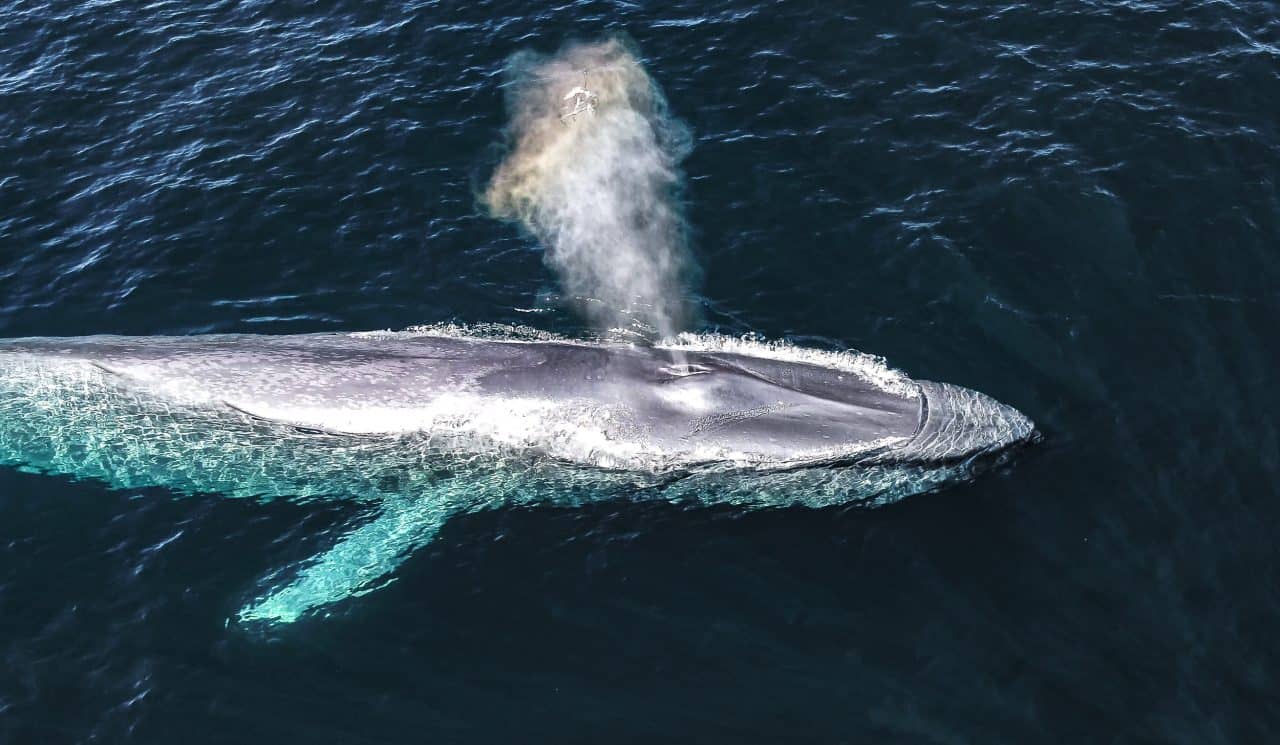 Then suddenly it’s all over and you are sitting somewhat stunned, at an airport waiting to go home. Clearly the work of this expedition is by no means over as there is now months of work ahead, for us and our partners, making sense of all of the data that we have collected.

While the weather was not exactly cooperative, we had 5 ½ days on the water and 5 days on land, we did get over 50 Snot samples (remember 1 sample is typically 6 petri dishes of Snot ), we flew over 20 Photogrammetry flights and thanks to Michael at the Great Whale Conservancy we came home with 6 fecal samples – so I am happy to report that we met all of our expedition goals. This success was due in part to the fact that there were more blue whales here than we have seen in the last three expeditions to this location. 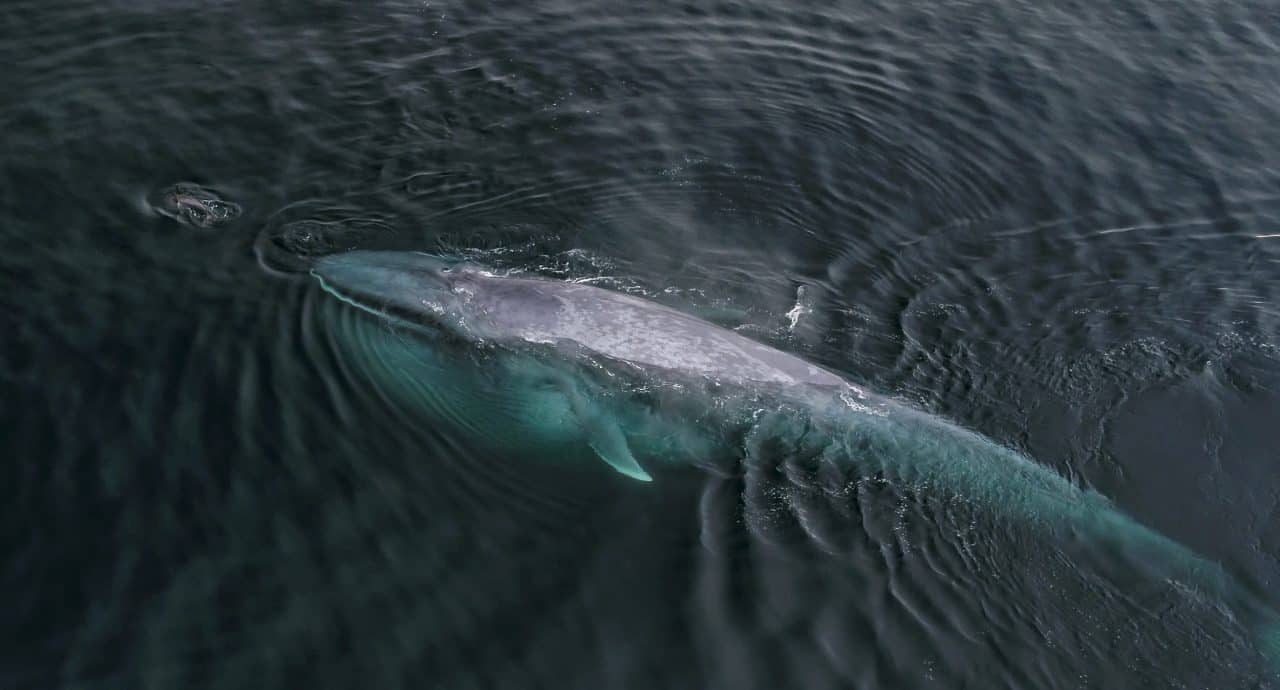 We did squeeze in all the time on the water that we could. I spoke to Mexican customs the day before we left and they asked me to be at the airport at 1:00 (for a 4:15pm flight) we have a lot of scientific equipment that needs to be processed through a customs document process called a Carnet. As a team we decided to push our luck a bit (we had two boat breakdowns on this trip & had to be rescued once) and go out on the water on the day of our departure, with the crew dropping me off at customs on the way back to the hotel to get all of the baggage.

It was a bit of a risky strategy to go out on the water on the day that we were leaving but we were on the water by 7:00 am and planned for 4 ½  hours with a back to the beach time of around 11:30.  Talk about making the right decision though, we were beyond lucky, we were with whales from 7:45 right up until just after 11:10, right when a commercial whale watch came over to us (we are not allowed to work when there are whale watch boats in the area). 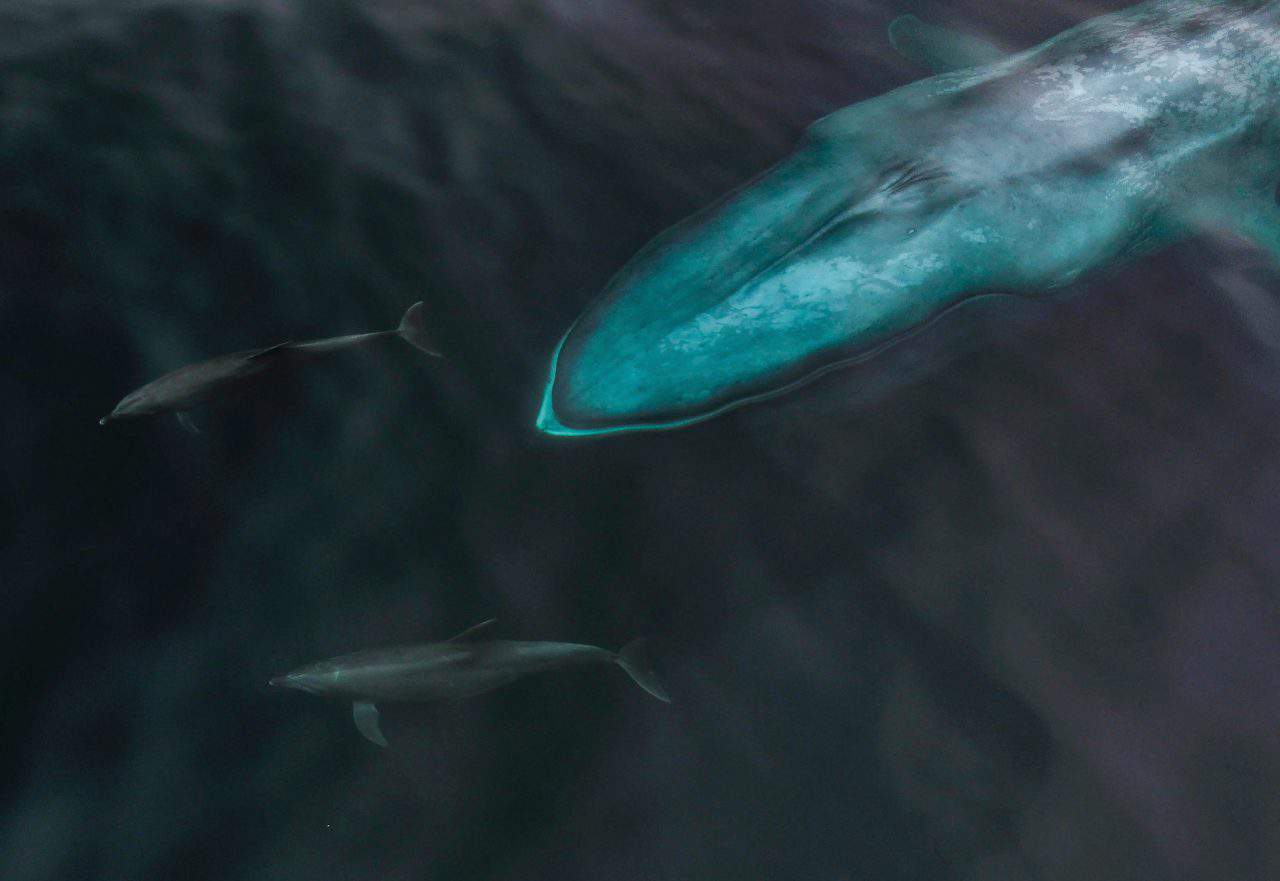 We did not collect Snot on this half day, processing the samples would have been too difficult to do right before a flight but we did run photogrammetry flights. On top of this we also filmed some stunning behaviors. We saw blue whales lunge feeding at the surface with dolphins bow riding the whales. It was Absolutely Fantastic to see this from the air, Christian was (proverbially) losing his mind and Chris was able to film these behaviors from the photogrammetry drone as well!

Small non-profits like Ocean Alliance often have to push themselves pretty hard to get the data that we need with the resources that we can bring to bear. That said I think that this is the first time that I have been out on a boat just a few hours before flying out of the county, but it was 100% the right decision (this time). 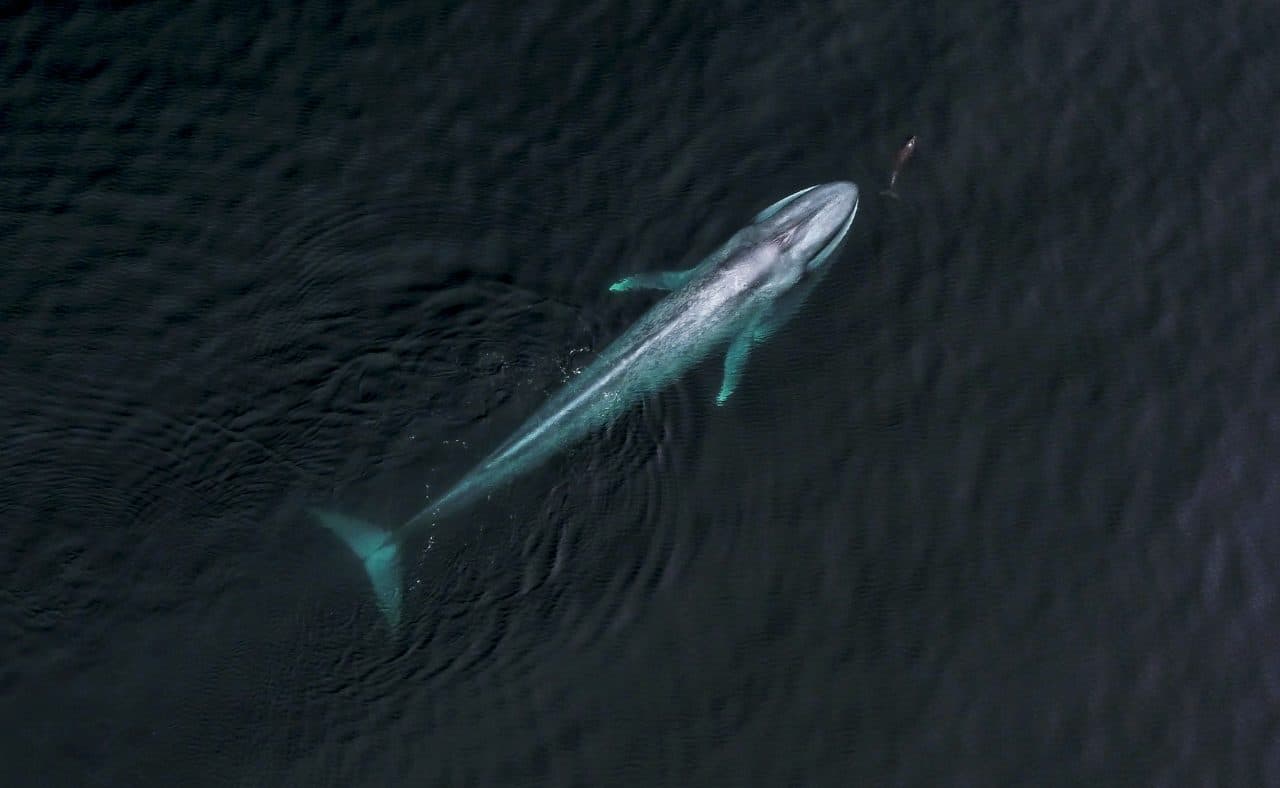 I have attached a couple of amazing video clips from our 360 camera. The clips show views from both behind and in front of the petri dishes so we can try to better understand the airflow around the drone and how the whale snot gets onto the dishes. As a reminder blue whales are the largest animals on this planet and I feel comfortable saying that when you watch the first clip you will see that they can have a pretty substantial blow. In the second video you can see Chris catch the drone and Britta (wearing a mask and gloves so as not to contaminate the samples) come up to collect the well Snotted petri dishes.  In the first video it looks like the footage is coming from a different drone but the 360 camera is just looking back at the drone and the snot collection perspective is just amazing. I have also attached a few of Christians photos where you can see the blue whale throat pleats extended after a feeding dive.

While I am beyond excited to be on my way home to see my family, it is with some sadness that I leave Loreto. I love this place, the people and of course the whales. I don’t know when we will next return here, but I encourage you all to considering visiting Loreto and San Ignacio lagoon as these are special places, where wildlife (people) and spectacular landscapes meet.

Big thanks also go to Pam, (anonymous) and our Facebook funders for supporting this expedition and of course to Parley for supporting SnotBot through the development phases.

From the shores of the Sea of Cortez, I wish you fair winds.