SnotBot Expedition 12: The Aquarium of the Pacific 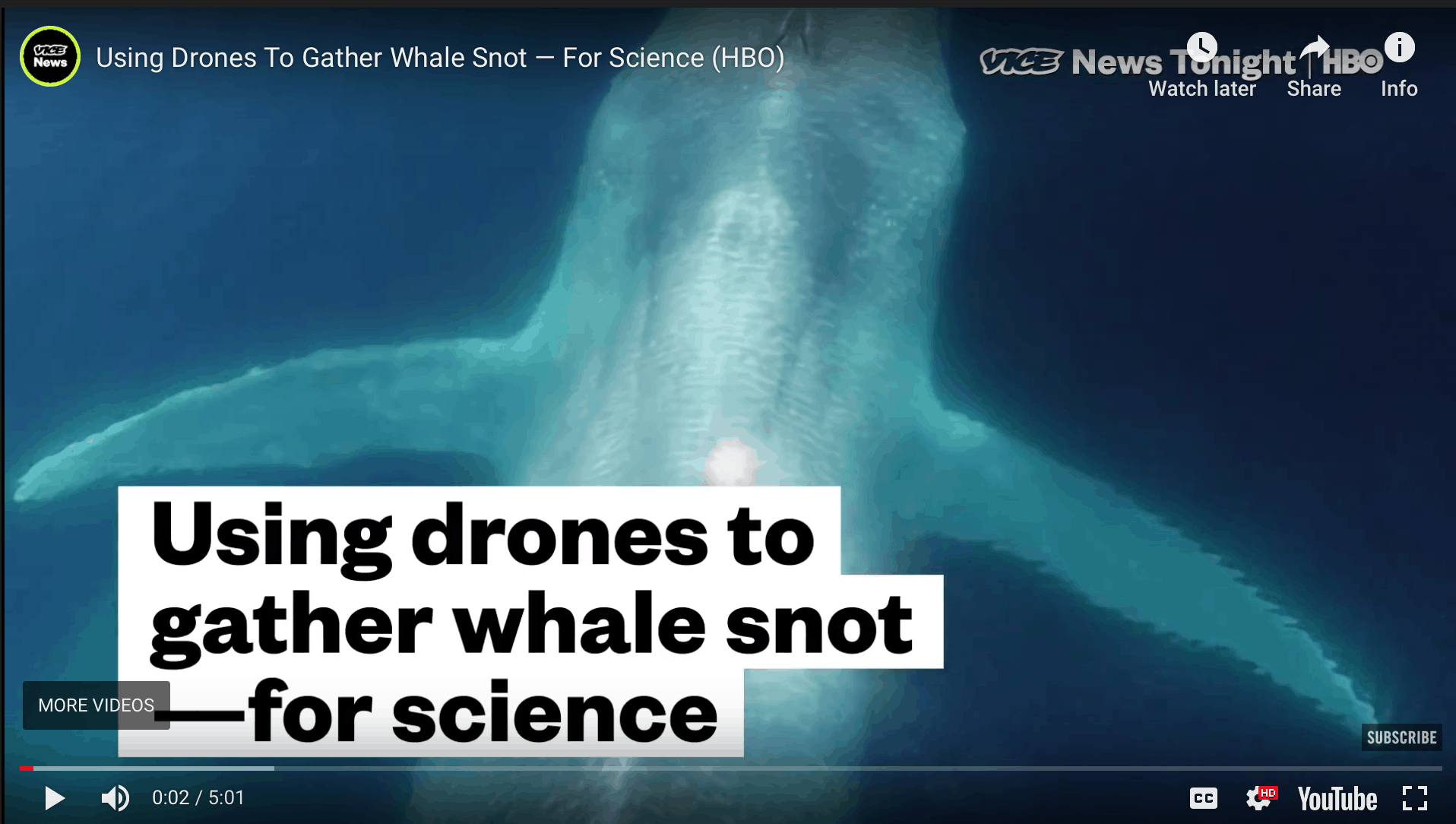 We have now run 12 SnotBot expeditions, visiting 5 countries and leaving a drone and use protocols with local researches in each location. We have collected Snot (and accompanying meta data) from six different species of whales and our work has been featured in half a dozen different TV shows, the most recognized of which being National Geographic (twice) and the BBC (three times).

People often ask me if  have a favorite location, I really don’t, that said the answer is often the location that I am in when the question is asked. The Sea of Cortez (SOC) is undeniably a special place for me and the SnotBot program. The SOC (also known as  the Gulf of California) is one of the world’s most biologically productive bodies of water, it is home to over 10 species of great whale along with the critically endangered vaquita (the world’s smallest porpoise). Here you can find blue, fin, sperm, orca, humpback, Bryde’s and California grey whales along with a variety of dolphins and porpoises. Five of the seven species of sea turtles can also be found in the gulf. A favorite food of sperm whales the giant Humboldt squid can also be found feeding and spawning in the Gulf. They can grow up to a remarkable length of five feet and weigh 50 pounds! (google Humboldt squid).  There are mythical stories in Loreto of squid fishermen falling off their boats at night and being dragged down into the abyss by hungry squid. Working on a SOC sperm whale expedition in 1999 I did get into the water to film Humboldt squid at night and with these (horror) stories in mind I tied myself to the boat.

Jacques Cousteau called the Sea of Cortez the world’s aquarium and this is one of the reasons why we keep coming back here, the incredible biodiversity.  A  good way to get the most out of a whale research expedition is to go to locations where there are a lot of animals, these tend to be feeding grounds like the Sea of Cortez or Gloucester or calving grounds like Hawaii and the Dominican Republic.

Thanks to an amazing crew, scientific collaborators and funders, SnotBot came to maturity in the Sea of Cortez in 2016. While our first SnotBot expedition to Patagonia in the fall of 2015 was the initial proving ground, answering the question Will SnotBot work? It was in San Ignacio lagoon with the incredibly curious Grey whales that we got to try out all of the different collection snot collection methods and drones (note amazing Christian Miller grey whale interaction teaser attached – you can watch the full video here).

You can also check out a 2016 SnotBot Sea of Cortez expedition blog here. What many people don’t know is that while we brought quite a few different drones to San Ignacio lagoon experiment with (that were less than satisfactory), Christian let us fly his Inspire 1 drone, which because of its unique shape and design became the SnotBot drone platform that we are using today. Thank you again Christian!

In 2017 we returned to Loreto to work with blue whales and shoot a segment for the TV series One Strange Rock with Will Smith (no we did not get to meet him). This series can be seen on Netflix in its entirety, we are in episode 6 – Escape, but you can view a sneak peak here.

In 2018 we came to Loreto and our work was covered by HBO’s Vice News, you can check out a blog from that expedition where we rescued a sea turtle that was entangled in a rope here.

In 2019 we worked with the BBC Blue Planet series (in this case Blue Planet Live) collecting Snot (almost live) from a blue whale, we were told that this show has been viewed by over 50 million people to date, not bad if one of your goals is wildlife conservation/education. A clip from that show can be seen here.

So here we are in 2020 back again in one of our favorite locations on the planet. While there is enormous education/conservation value in having a film team with us on expedition it is always a lot of additional work and pressure. So I am happy to report that we do not have any film crews with us on SnotBot Expedition 12 but we are excited to be working with the BackPack Journalists.

Tomorrows weather is meant to be perfect, so we will be up at 6:00 and on the water by 7:00 (sunrise 7:05).  We plan to try to get as much data as we can tomorrow, weather and whales permitting we are shooting for 12 hours on the water, so we will all be tired by days end, but I will do my best to get you a short blog & some of Christian’s photos to report on the day’s activities.

From the Aquarium of the Pacific, if I can steal from Walter Cronkite here, And that’s the way it is……