SnotBot Azores: Bad weather, B roll, and a whaling museum 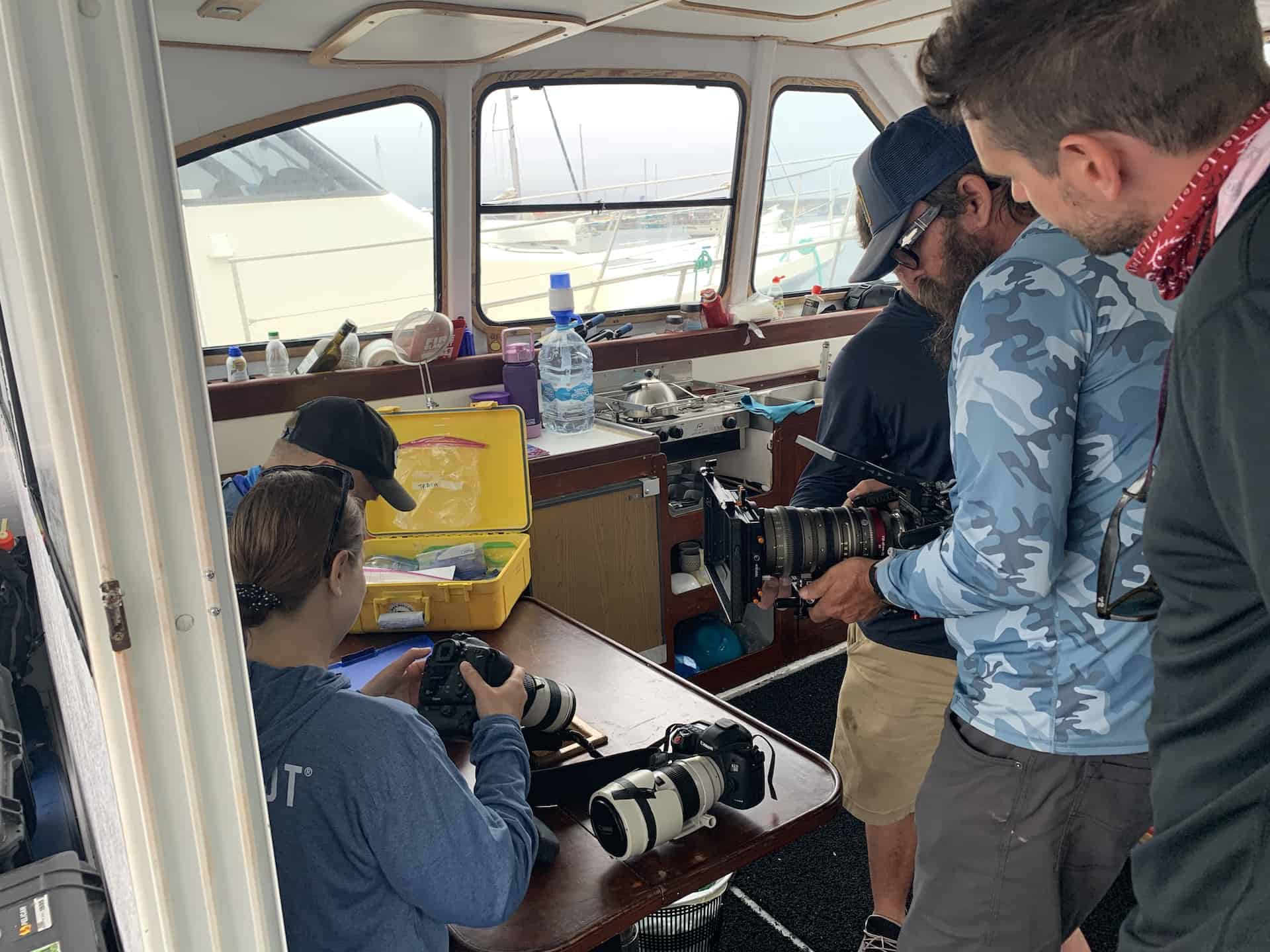 The weather roller coaster continues here but we are making the best of it. On Day 9 it was too rough to go out so we met with the OceanX film team and shot some B Roll onboard our boat (removing petri dishes off the drone, carrying the dishes down to the main cabin, processing samples onboard). In the afternoon we visited the local whaling museum. Clearly a lot of what we saw was difficult to look at, and I am by no means justifying any form of past whaling activities, but it was interesting to see that in the 1800s every single part of the whale was used, even down to grinding up the bones – I remember Roger saying to me once “Nothing was wasted….but the whale” ☹

On day 10 we were up at 6:30 and on the water by 7:30, the projected weather was calm in the morning with winds picking up after midday. We saw our first whale at 9:05 and by 11:25 we were done – the winds had already picked up to 15 knots and were gusting to 20.  BUT, with some fantastic flying by Chris and the rest of the team working like a well-oiled machine we collected 14 samples in just over two hours – an unprecedented collection effort! If we could just get a few days of clear weather I am sure that we could double our sample size – now at 53 samples! 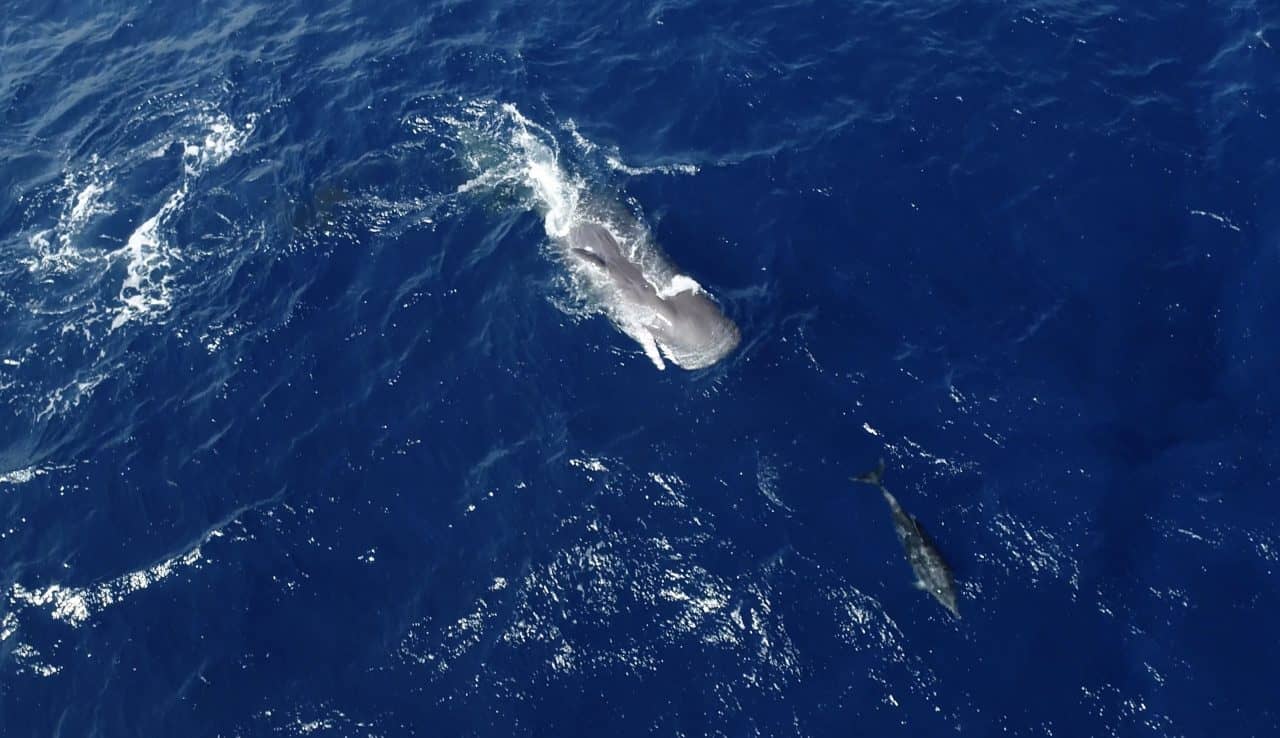 Chris also caught one great interaction on camera (above), he had just sampled a whale and was flying up to gain altitude to fly back to the boat when a dolphin came in frame swimming toward the sperm whale, the sperm whale responded immediately rolling over and accelerating towards the dolphin with its mouth open (a threatening posture).  This all happened pretty quickly but it was great to see (& even better to catch on camera). I have attached a screen shot (note the water disturbance to the left created by this whale accelerating towards the dolphin), we will have all of the behavioral videos that I have talked about in these blogs available for you to watch after the expedition.

Andy Rogan, wrote the following blog on our visit to the Pico Whaling museum:

On SnotBot expeditions, a day off is a rare thing. These research trips typically last between 10-14 days, and during that time we are out on the water as much as possible. The one thing that disrupts this is weather. Bad weather = no research.

On Wednesday, we had one of those days. And we decided to take advantage of this by exploring the nearby island of Pico. One of our stops during this tour was to the local whaling museum.

An emotional and often tricky issue all across the globe. Even within marine mammal science many people disagree about what is and is not morally reprehensible when it comes to whaling.

The Azores were a major whaling area for many years. The whaling which happened here in the Azores was a sustainable hunt, in which all parts of the animal were used. The entire local community relied on whaling for support. It was part of the history, part of the culture. 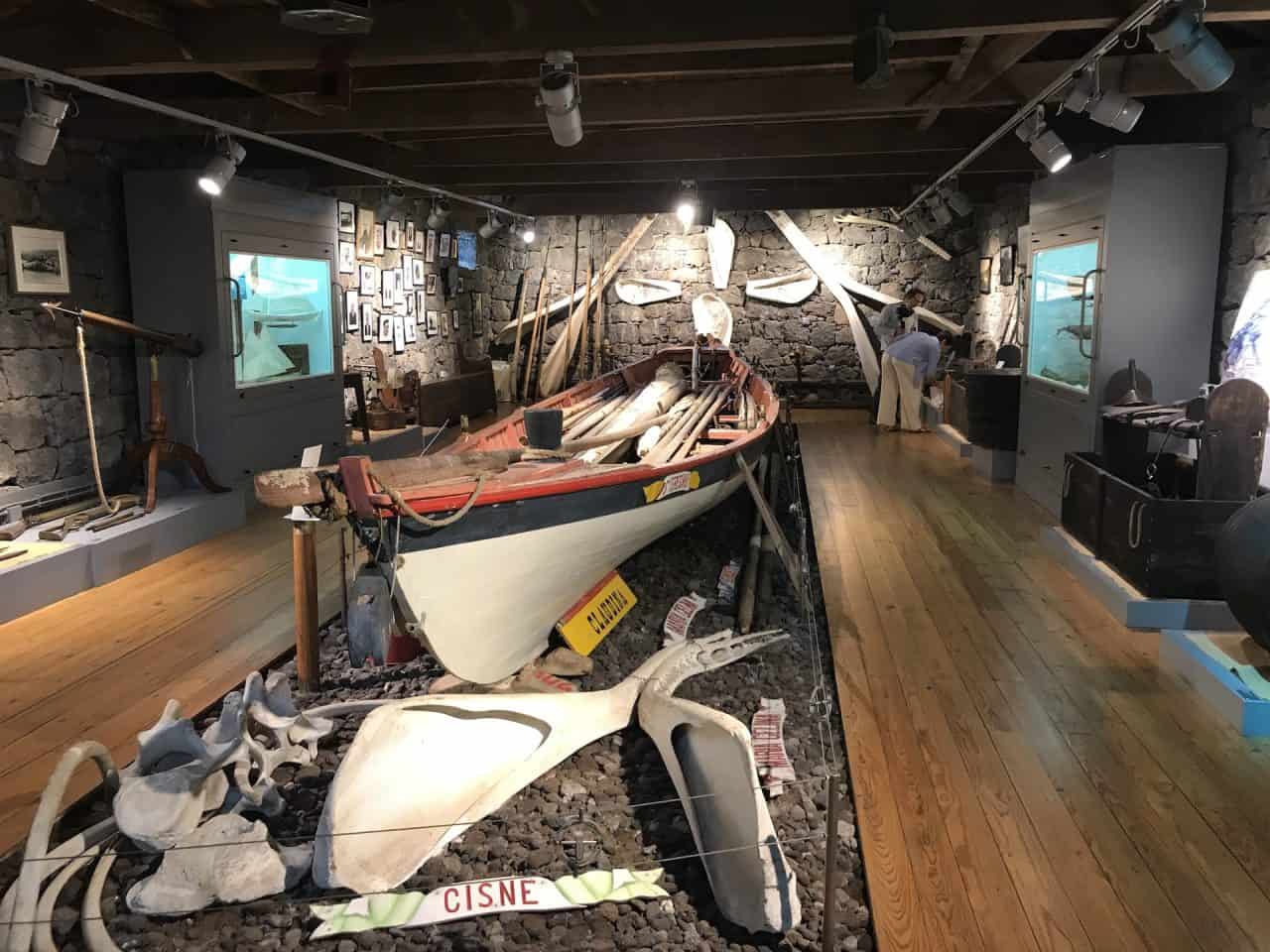 All of our team are fully aware of this. Aware of how sperm whale oil lubricated the industrial revolution, an event in human history which brought millions out of poverty. About how crucial sperm whale was to the global economy, even being used as a lubricant in NASA’s space program. About the importance of whaling through the production of margarine to help sustain and support rationing during World War II. 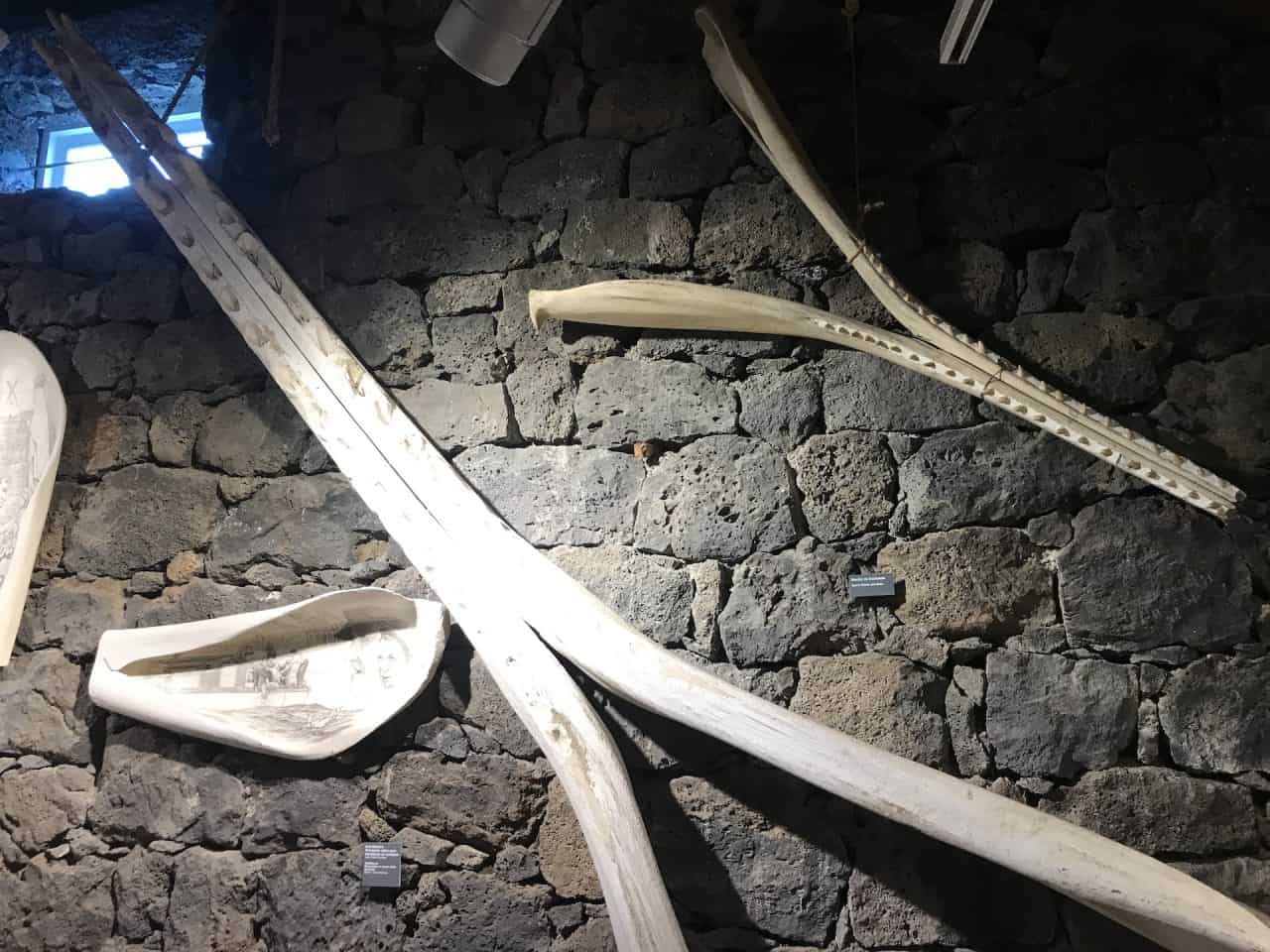 The focal point of the tour was a video screening made just a few years before whaling in the Azores stopped. We saw how involved the whole community was. How a spotter sitting on the cliffs would alert the whole town to the presence of whales by launching a firework. How on hearing this, all of the whalers would immediately stop what they were doing and race down to the shore, pull their boat out of storage and onto the water, where the spotter up on the cliffs would guide them to the location of the whales. 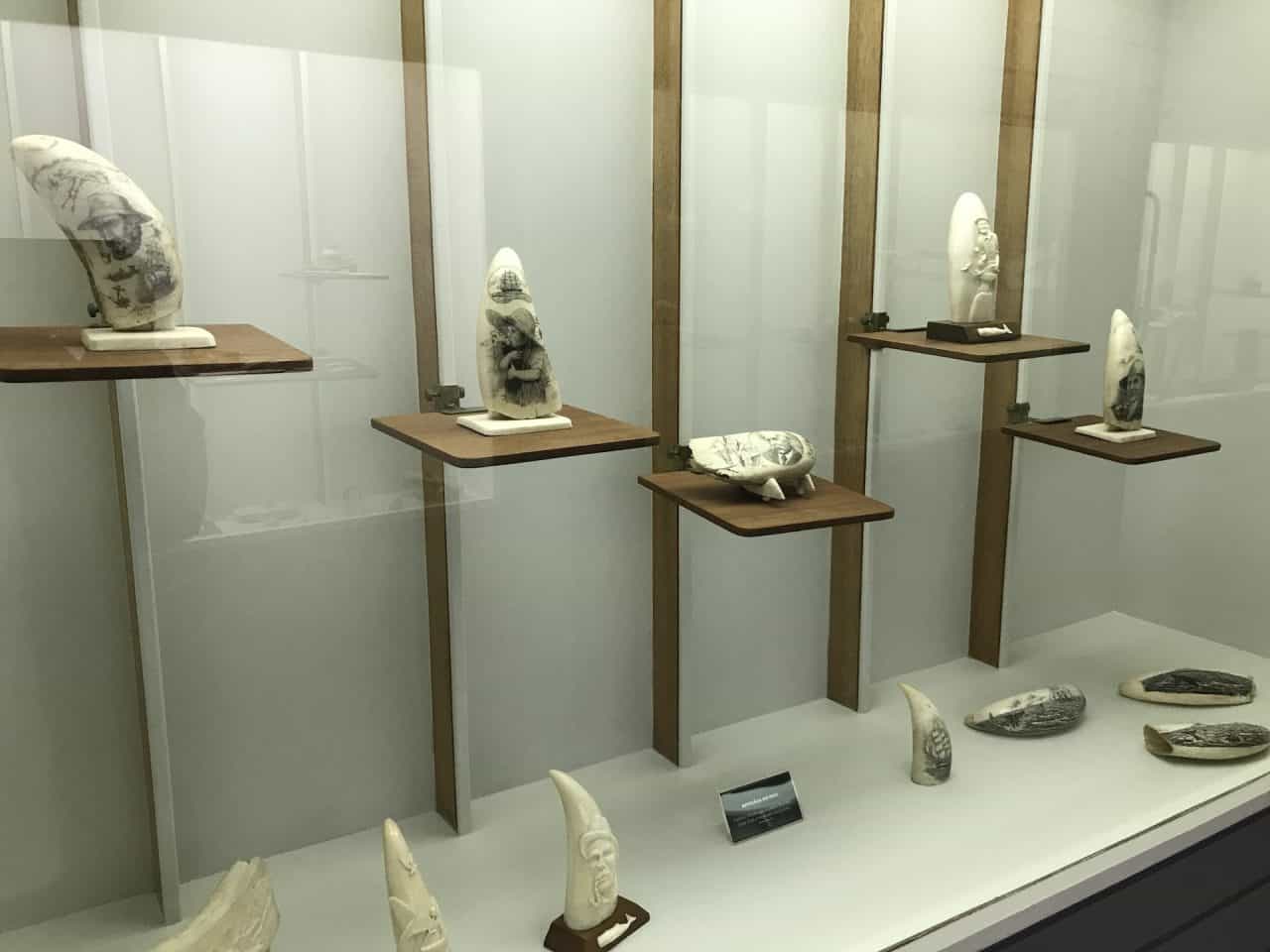 If any whaling is deemed morally acceptable, then this would be it. And we went to the whaling museum with that in mind. With a curiosity about the interactions between the local community and these animals which all of us have dedicated our lives towards protecting, and which all of us feel a deep curiosity for.

And yet, some parts of the museum were still difficult to see.

This was not a hunt in which the animals were happily swimming along before being swiftly killed, with little pain or fear. In fact, it was quite the opposite. The whalers would throw harpoon after harpoon into the sides of the whales, slowing them down, hurting them. These harpoons had pins in them that would pop out as soon as the barb entered the whale, meaning it effectively could not be removed from the whale. And with these giant animals, death would take a long time. The whales would slowly be worn out, and as they came to the surface to breathe each time, the whalers would plunge more and more spears into their vast bodies. As long, sharp, and intimidating as the harpoons might have been, they still could not be thrown with enough power to cause an injury that would quickly kill the animal. And so the animal would struggle on, until it eventually succumbed to its injuries, mainly when a major organ was finally pierced. 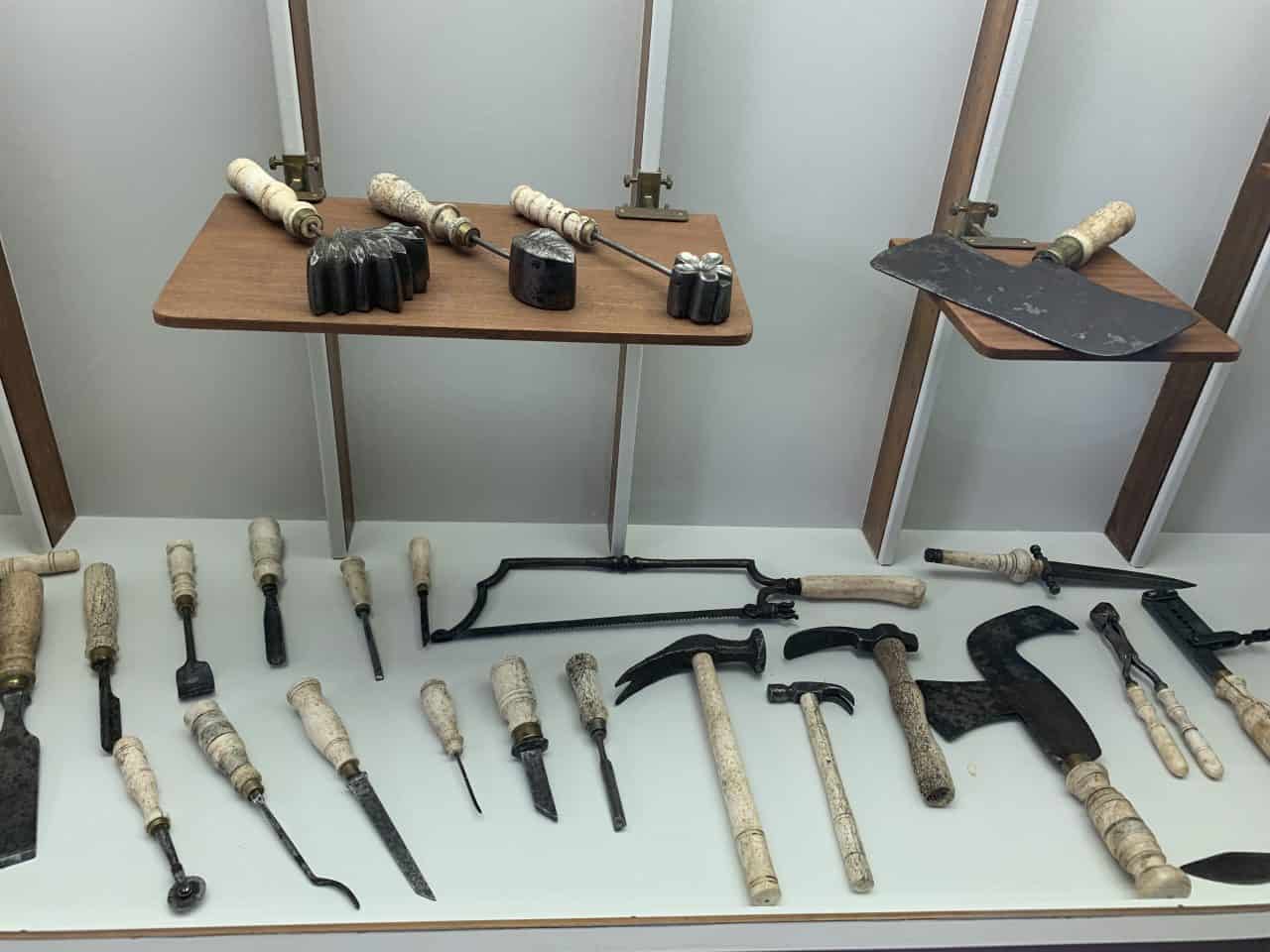 Seeing the hunt also brought into sharp focus humanity and our role on the planet. These hunters were in row boats supported by sails, not exactly blisteringly fast and maneuverable. Watching it, all I could think was…. Wow, it would have been quite easy for a whale to escape these predatory attacks. A short shallow dive, a change of direction, both things which sperm whales – capable of diving for up to an hour – could very easily achieve. Yet the whales did none of these things. They had no time to evolve a defense mechanism against this new hunter. And so they repeatedly surfaced next to their hunters, giving them opportunity after opportunity to thrust another harpoon into their bodies.

Homo sapiens, a hunter which came out of nowhere to dominate the planet. Wherever we went, on spreading out of Africa, mass extinctions of megafauna followed. Whales were not the only animals which did not have long enough to evolve a defense mechanism against our species. And now the tables are turning against us. Climate change, and a sleuth of other human -caused issues, are making this planet increasingly inhospitable – for ourselves as well as for other animals. It is us that needs to evolve this time around.

The weather is not looking good for tomorrow but we hope that we can get in an early morning trip again. Time is running out for us, because on Tuesday we have our live education event with our good friends and partners at Parley and on Thursday we fly back home.  Wednesday the weather looks good – but I don’t want to hope for too much.

There is no doubt that this has been an incredibly successful trip, great samples, data, education efforts, footage and we have made a lot of new friends! But while we are here we want to spend as much time on the water with these whales as we can. Fingers crossed!