SnotBot Patagonia Update #6: "Pack Your Bags, We Are Heading To Patagonia"

This update was written by John Graham, Ocean Alliance Robotics Coordinator.
It was less than one week ago today that I was standing on the seaside cliffs of Patagonia observing whales go by just below me. It feels very surreal to me to think back on the last two weeks as being more than just an amazing dream, but the photos I have from the trip provide me with proof that it was all very real. So let’s back up a little bit, back to August 25th. On that day I was at work when I got a text. No, THE text. The one that simply said “Pack your bags. We are going to Patagonia”. WHAT!!! Wait a minute. Where is Patagonia? (geography isn’t my strongest suit). Oh, Argentina. Oh, and we leave in less than 1 month. This is going to be awesome!
Fast forward about 3 weeks, 4 airports, 3 planes, 1 hotel, 4 cabs, 1 car rental, 3+ hours of driving, and more security checks than I could keep track of, and we have arrived in the small town of Puerto Piramides, Argentina. This is to be our home base for the next 2 weeks. It doesn’t take us long to convert our accommodations into what some would describe as a scene from a Spielberg movie in which drones have taken over our world. Well that’s what you get when you travel with 16 large cases of research equipment.
About Piramides: it is a wonderful little town whose main source of revenue is from whale watching. The people are very open and accepting of outsiders. Their patience even extended to my minuscule ability to speak Spanish. Most of my language training comes from my exposure in the healthcare field, but I don’t think asking if they are having any pain or need medication will get me very far. We managed to find a small restaurant called “Guanacos” that served up delicious meals and, more importantly, had wifi. Albeit the wifi was touch and go, and poor Iain would stay up late praying to the internet gods that the emails he painstakingly sent out, actually did go out. We witnessed a lot of the dreaded spinning wheel of computer progress that trip.
Every morning we would make the 45 minute drive down dirt and gravel roads to the whale camp. It was amazing to look around and see nothing but dry brush, sheep, and guanacos. (Side note: Guanacos are like llamas) Iain did his best to keep the anemic rental car on the route, all the while eating the morning’s meal of empanadas. I lost the challenge of “who can spot a guanacos first” game, so I had to unlock the 2 large wooden gates every morning that allowed us access to the whale camp.
The Camp: no modern conveniences; no electric except for the occasional generator to charge drone batteries; no running water except for collected rainwater used only for washing dishes. Very desolate and very beautiful. Surrounded by cliffs on three sides, this is what I would describe as my vision of Nirvana. The energy that is created from the union of sea, sky, and land is breathtaking. We are greeted by not only the science team from the whale camp but also by the sight of whales. Whales as near and as far as you can see. Breaching, tail lobbing, and most importantly to us, the nectar for which Snotbot thirsts for, whale blow!!!
The Whale Camp continues a long-running study of the southern right whale that Dr. Roger Payne started back in the ‘70s. Ocean Alliance conducts this study with the support and partnership of Instituto de Conservacion de Ballenas (ICB http://www.icb.org.ar/). A hike up onto the cliffs high above the camp leads to the site at which a small outpost once stood on the edge overlooking the sea, which was the place where Roger & team would sit and observe whale behaviors. All that now remains is scattered debris, but the site still echoes of past optimism for a world that includes cetaceans playing a major role in the health of our planet. One can’t help but to feel that energy carrying over today. It was also very meaningful to be here with Iain at the location at which he and Roger first met.
The ICB crew at WHALE camp, led by Mariano Sironi, was one of the greatest group of dedicated oceanographic research staff I’ve ever met. Their eagerness to help with whatever task was placed before us was refreshing and much welcomed. Also, the camp may not possess any of today’s modern conveniences, but they sure do know how to cook with what they’ve got. I wasn’t going to return home any pounds lighter after Mariano’s bread pudding con Dulce de Leche.
We worked all day, every day, in the pursuit of succeeding in our missions. These included the collection of exhaled breath condensate from whales (aka SNOT), photogrammetry, and whale identification. It was slow going at first, but the team quickly adapted and devised a system that worked well and before you know it, we were putting our first samples into a minus 80 deg dewar (a giant vacuum flask) for preservation. It was both an honor and a thrill to be a part of such ground-breaking research technology.
The team consisted of Iain Kerr (team leader and primary drone pilot), Carolyn Miller (WHOI researcher and resident expert on the drone affectionately called “Archie”) and me (drone technician and backup pilot). We would take to the sea most days in a small inflatable Zodiac piloted by Marco, a guy that would do whatever was needed of him, which mostly consisted of the frequent pull starts of the boat’s aging and uncooperative outboard. Guys like Marco are a rare breed and my life is richer having had the opportunity to work along side of him. 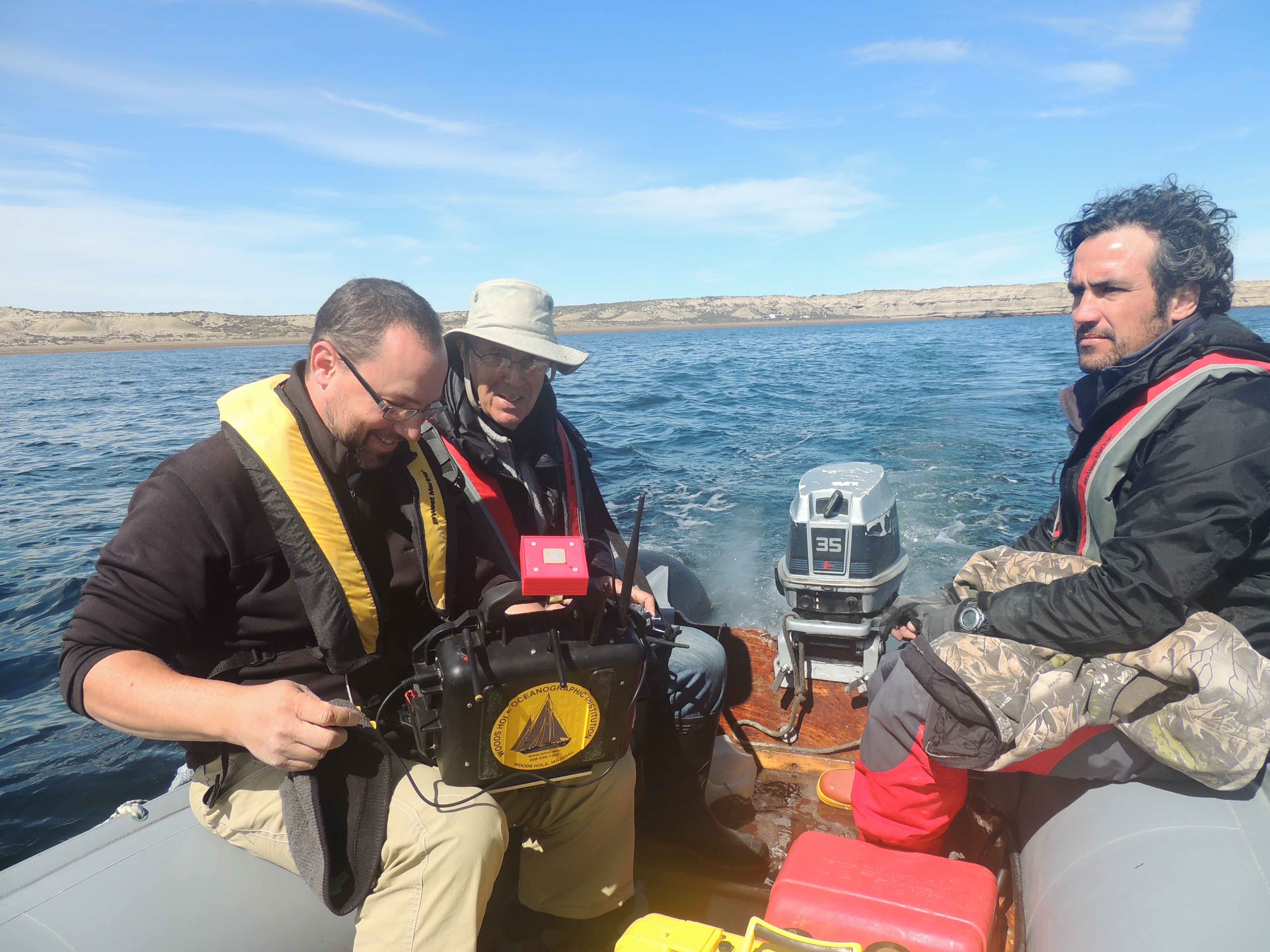 Oh, I almost forgot to mention the famous outhouse. You would sit (as one does in an outhouse) leave the door open, and you would have the most spectacular view you’ve ever had while taking care of business. Talk about your perfect moments in time. Sadly, all future versions of this ritual will never be able to hold a candle to that point in time. 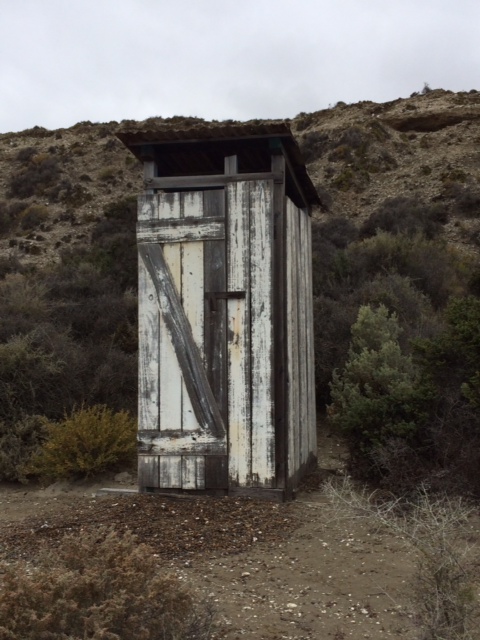 We set up a small workshop in the metal corrugated Quonset hut on the beach that usually would serve as the boat house. Here is where I was able to put all my skills learned while watching “MacGyver” to the test. When working in the field at such a remote location as this you learn quickly the value of preparing for the worst and making the most of what you have on hand. At one point we had run into an issue with one of the cameras on a drone. Some loose parts, a hacksaw, bits of wire and solder, and, of course, duct tape, and we were back up and running. We all proved our worth on this expedition, Iain flew near flawlessly, and Carolyn processed the specimens and data with the utmost of care. And I would also be remiss if I didn’t mention the tireless work and emotional support of the Ocean Alliance staff that helped make this trek even possible. 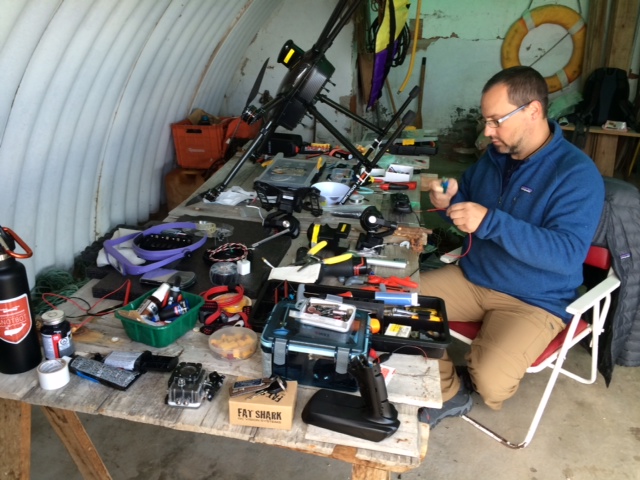 I would have to say that being in a small boat and having huge whales swim just feet to inches right underneath me, was an experience like no other. I was never scared, more at peace than anything else. This comes in at a close second only to being soaked straight in the face by a curious juvenile checking out what the heck we were doing. His thought process must have been something like: “What? You want whale blow? I’ll give you whale blow!” Well, thanks and gesundheit!!! (see blog The whales are Laughing) 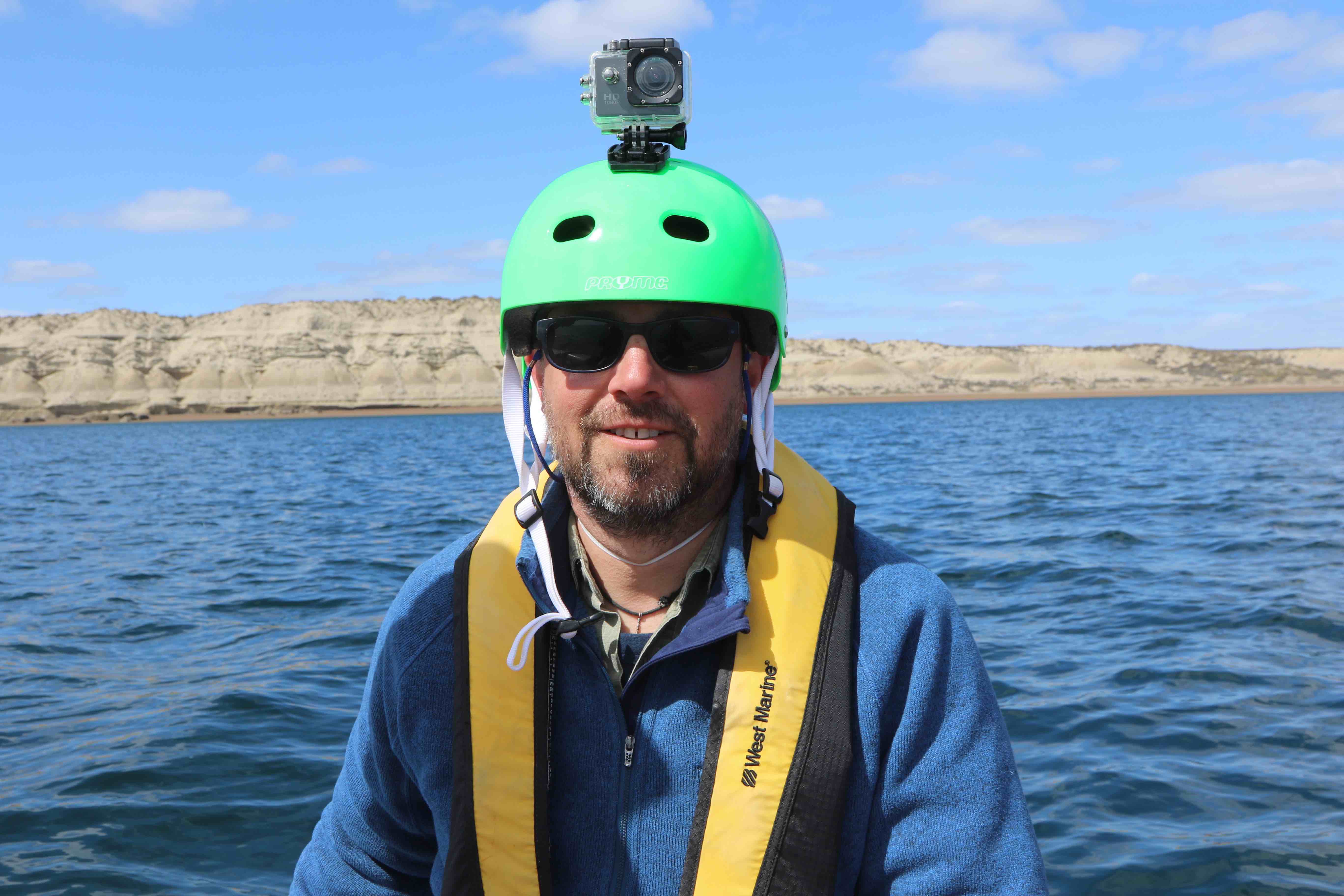 The hardest part of being away in such a remote part of the world is the lack of communication that I had with my wife. No cell phone, no texting, no landline, just the occasional emails that we would write to one another and hope the other receives it within a day or so. New technology has spoiled us with a sense of instant gratification, and we’ve lost sense of the importance of patience.
As I sit back and reflect upon my own personal journey, I can feel the warmth in my soul glowing at the memories and friendships made. All in all, I would consider it to be a very successful expedition. I consider myself truly blessed.
In the future, if I am ever asked to think of a “happy place” it will be a toss-up between the high cliffs of Patagonia or the outhouse with the million dollar view. 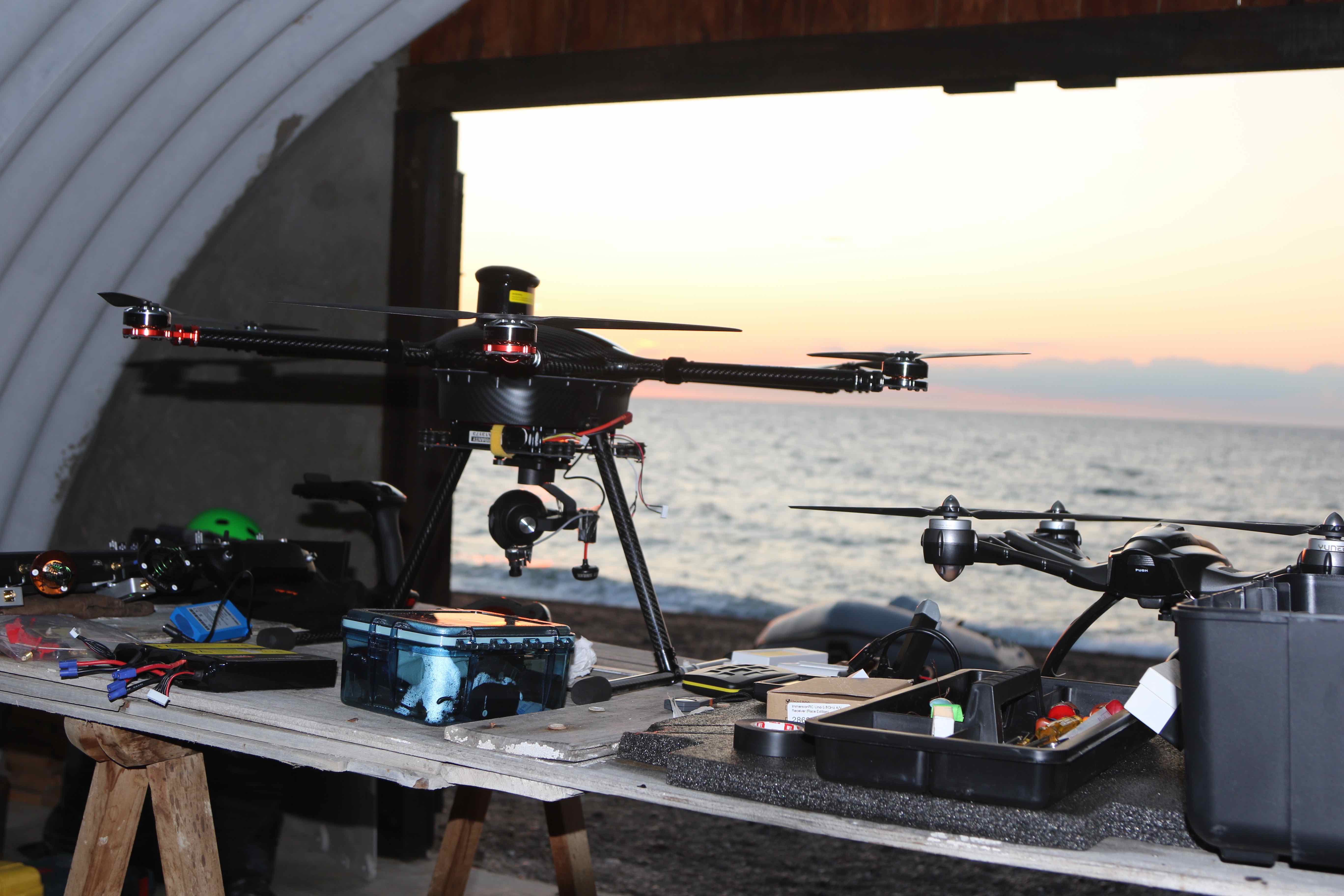