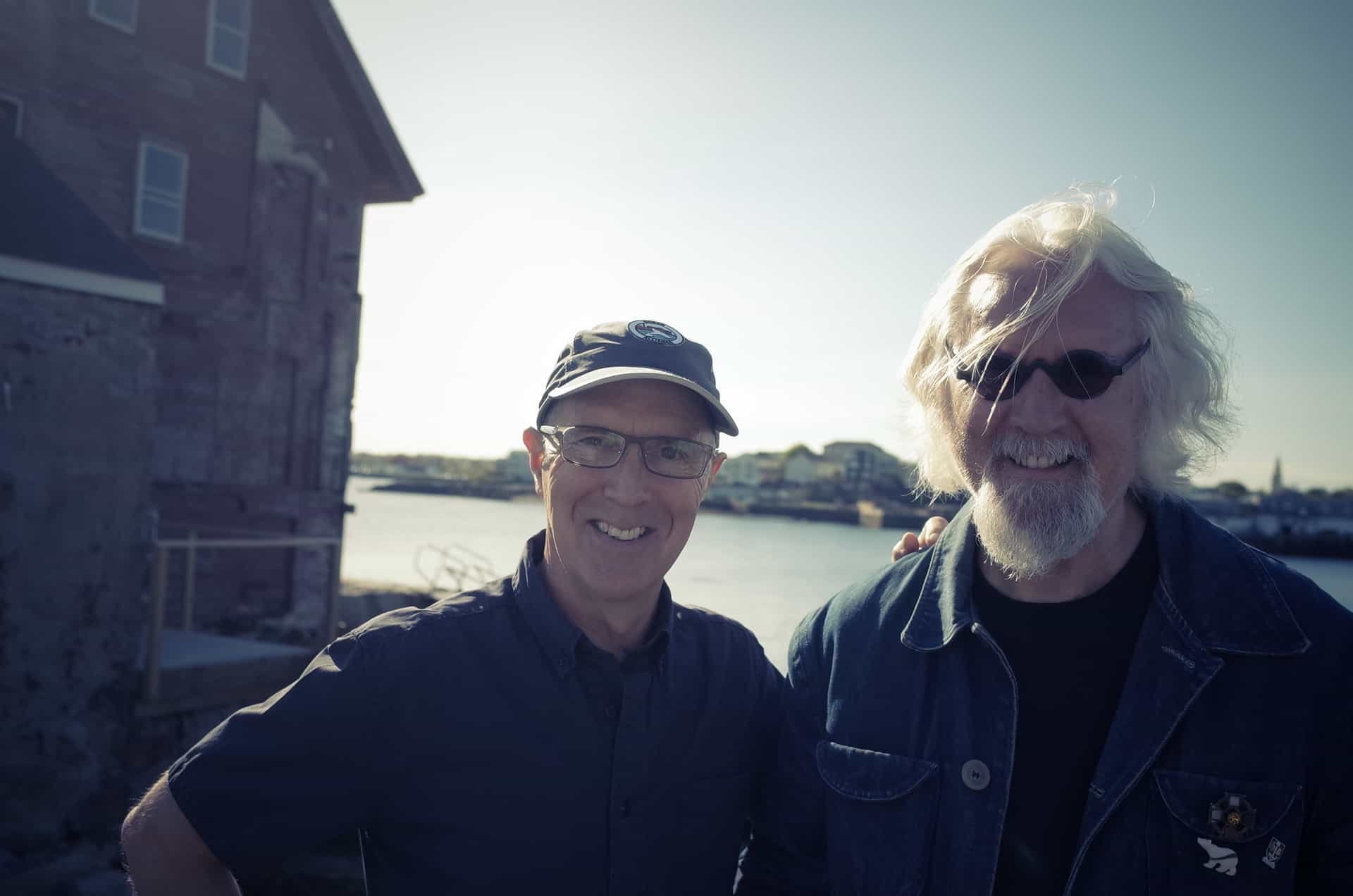 Being that he is from across the pond, it is likely that most of you in the USA have not heard of ‘The Big Yin’ or Sir Billy Connolly.  I grew up listening to his comedy routines on the radio and occasionally on TV. For me then it is almost incomprehensible that a Scottish comedian that I grew up listening to would turn up in Gloucester, MA, and interview me for part of a British TV show. How the heck does this happen?

As a birthday treat (over a decade ago), Amy took me to a live show in Boston, if you are not from Scotland he is not the easiest to understand but the guy is an absolute riot, here is a link to him on a Michael Parkinson show (starts 1 min 52 seconds in).

In 2014 Sir Billy was diagnosed with Parkinson’s disease but I can tell you that he is still a force to be reckoned with.  Following is some info on the series that we were lucky to play a small role in..

Billy Connolly’s Great American Trail is an epic 3-part travelogue that sees Billy going far off the beaten track into the places you’ve heard of but have rarely seen, as he follows the migratory trail of the Scots through America.

Starting in New York and finishing in the heart of America, Nashville, Tennessee. This is a series bursting at the seams with music, football, gangsters, whales, real life moonshiners and not one but two, mad, bad and terrible presidents who both had Scottish parents! And they’re all tied up together in this incredible story of the land of the free, as seen through the eyes of our nation’s favourite comedian.

Billy embarks on his great American trail as he opens the New York tartan day parade to a 30,000 strong crowd.

He heads to Plymouth, Massachusetts where the pilgrims first landed on American soil, followed by a meeting with the Native American tribe who almost had their people and language wiped out, until it was revived in a pre-school class of children.

Then to Boston, and home to possibly the naughtiest group of nuns on the planet.

From there Billy heads to Gloucester, the oldest sea port in America, home to humpback whales, the most bizarre fisherman’s tradition and the scene of the Perfect Storm.

After which he heads to the graveside of the most famous man you never knew was a Scot – Uncle Sam! before wrapping things up at the haunting Ellis Island, through which millions of immigrants passed, although some never made it past its hospital’s walls.