Roger Payne Needs Your Help to Write A Declaration of Interdependence

My January wish for this, the month of the year in which I turn 80, is that you will help write a Declaration of Interdependence that the world can subscribe to. There have been dozens of previous such declarations but none that I feel focus strongly enough on the crucial importance of non-human species, or on such not-so-obvious things as the fact that the health of terrestrial life depends on the health of ocean life (and vice versa). 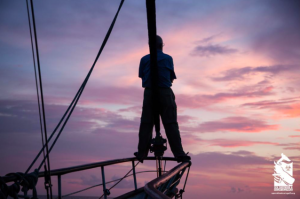 What started me on this project was wondering what the single most consequential discovery of the last 100 years was; E=MC2 ? Nuclear weapons? Was it determining the Structure of DNA? Was it antibiotics? The Pill? Putting a man on the moon? The eradication of smallpox? Cellphones? The computer/internet revolution? All of those have had consequences profound enough to reshape world culture so that the way we now live would probably be utterly mystifying to someone from the Victorian era.

However, none of them are nearly as consequential as the inexorably improving evidence that all living species are interdependent—that the future of each species depends on the future of many other species. From this modest fact it is clear that if we wish to ensure the life of one species, we must also ensure the lives of the hundreds of other species with which it interdepends. And, of course, to save each of those species we must save the hundreds of species with which each of them interdepends—plus that group’s interdependent species-list as well. It soon becomes obvious that the only way to save a species is to come as close as possible to saving all species—all life. 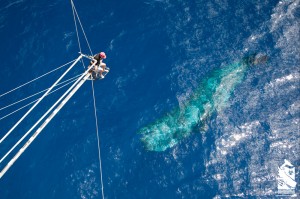 To do less is to grossly underestimate the magnitude of the unreservedly consequential discovery of interdependence that has appeared slowly but inexorably over the past 50 years.

The reason this simple fact has such massive consequences is that if you and I fail to recognize its importance, we will have no future. That’s pretty consequential.

The current draft of this document is available below for you to download and review. Your comments are always welcome. To make them please underline your deletions and put your additions in CAPITALIZED LETTERS. Send the changes to: ktoomey@whale.org. All suggestions become the property of Ocean Alliance.

Here’s to a better world,