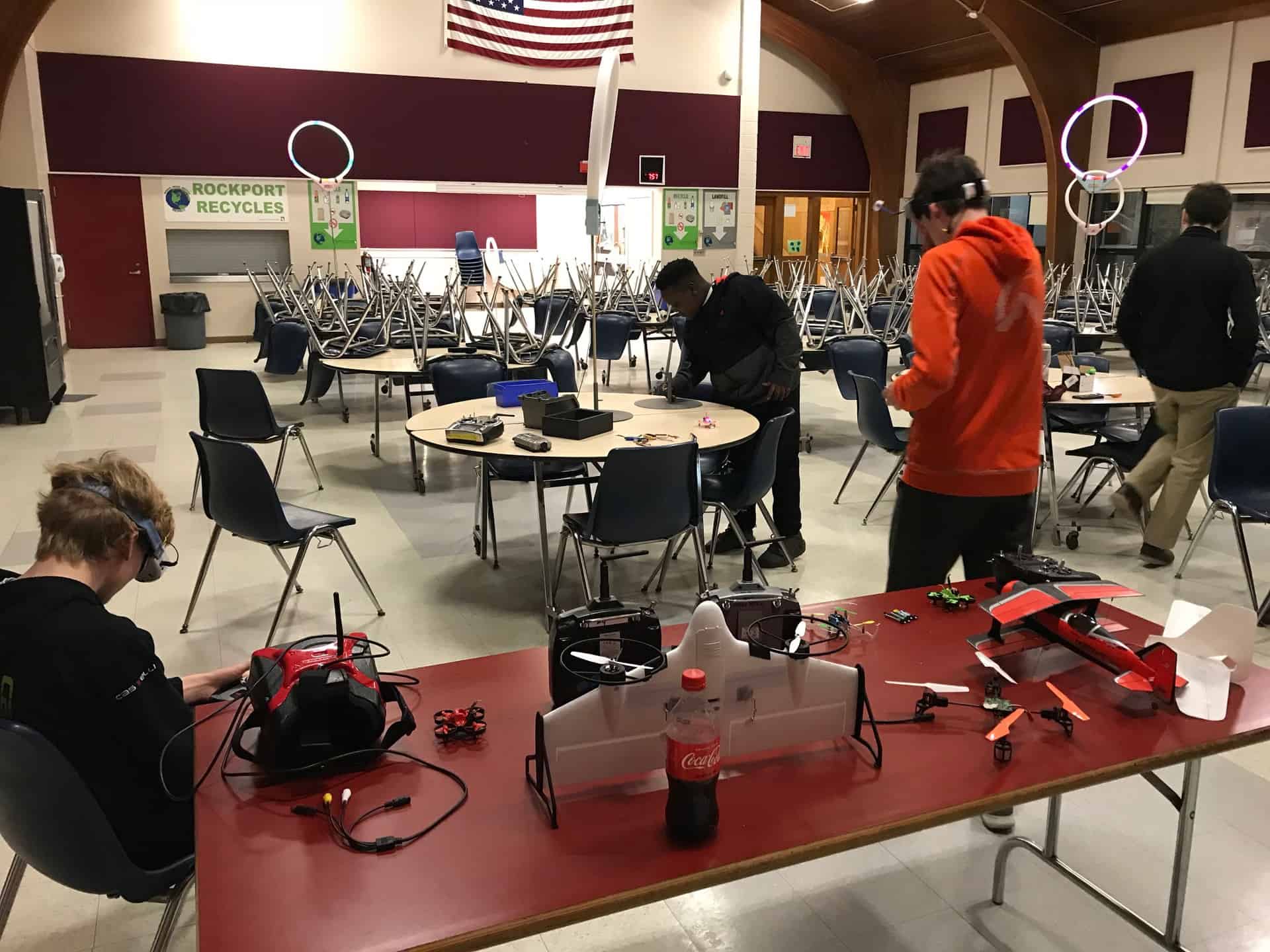 Wednesday night we had a great Paint Factory Fliers flight night in the Rockport High School Cafeteria. Many thanks to Rockport High for allowing us to use the space. It was a lot of fun to be flying again, and the cafeteria had the height and space we needed to make the most of our micro drones.

We flew three principal drones; all had First Person View (FPV) cameras so you fly wearing a headset (Fatshark or similar) so you feel as if you are in the drone. Our main drones were:
Tiny Whoops
Baby Hawk
Nano QF

As a bit of fun I also flew (but only in hover mode) the E Flite X-Vert VTOL airplane
Alex also had a foamy quad but I cant remember its name. 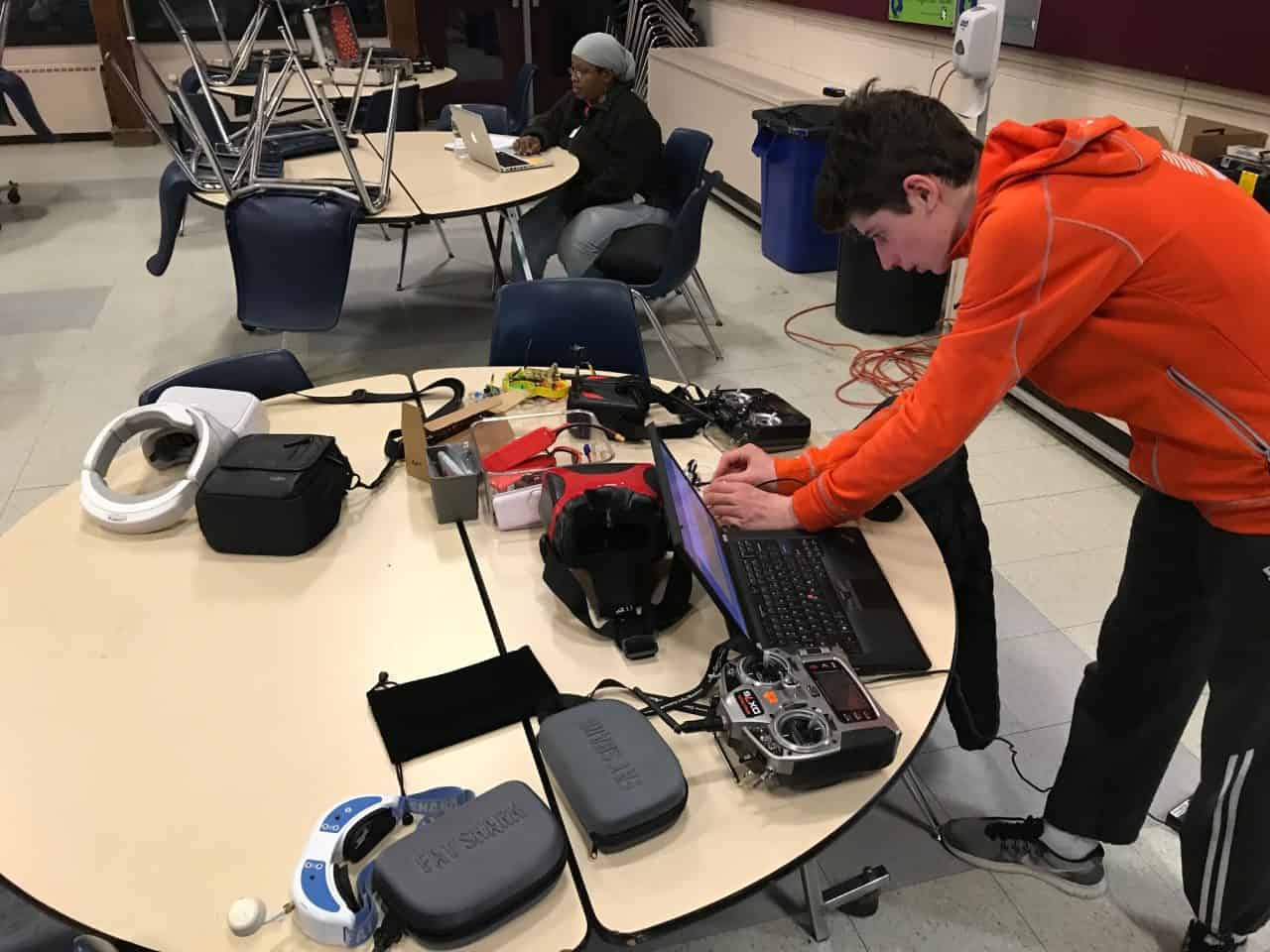 The first curve ball of the evening was that when I looked at the cafeteria as a potential flying space it was just an open room, last night it was full of tables with turned over chairs sitting on them. On the up side, our maneuvering skills got a real workout. The High School custodian, Peter, could not have been more helpful, and soon we had tables covered with drone controllers, batteries, FPV headsets, and spare parts.

Alex Monell created a number of foam hoops for us to fly through; they sat on their own mounting poles in the middle of the tables, and we soon had a counterclockwise race circuit flying through these hoops (for those who wanted it). 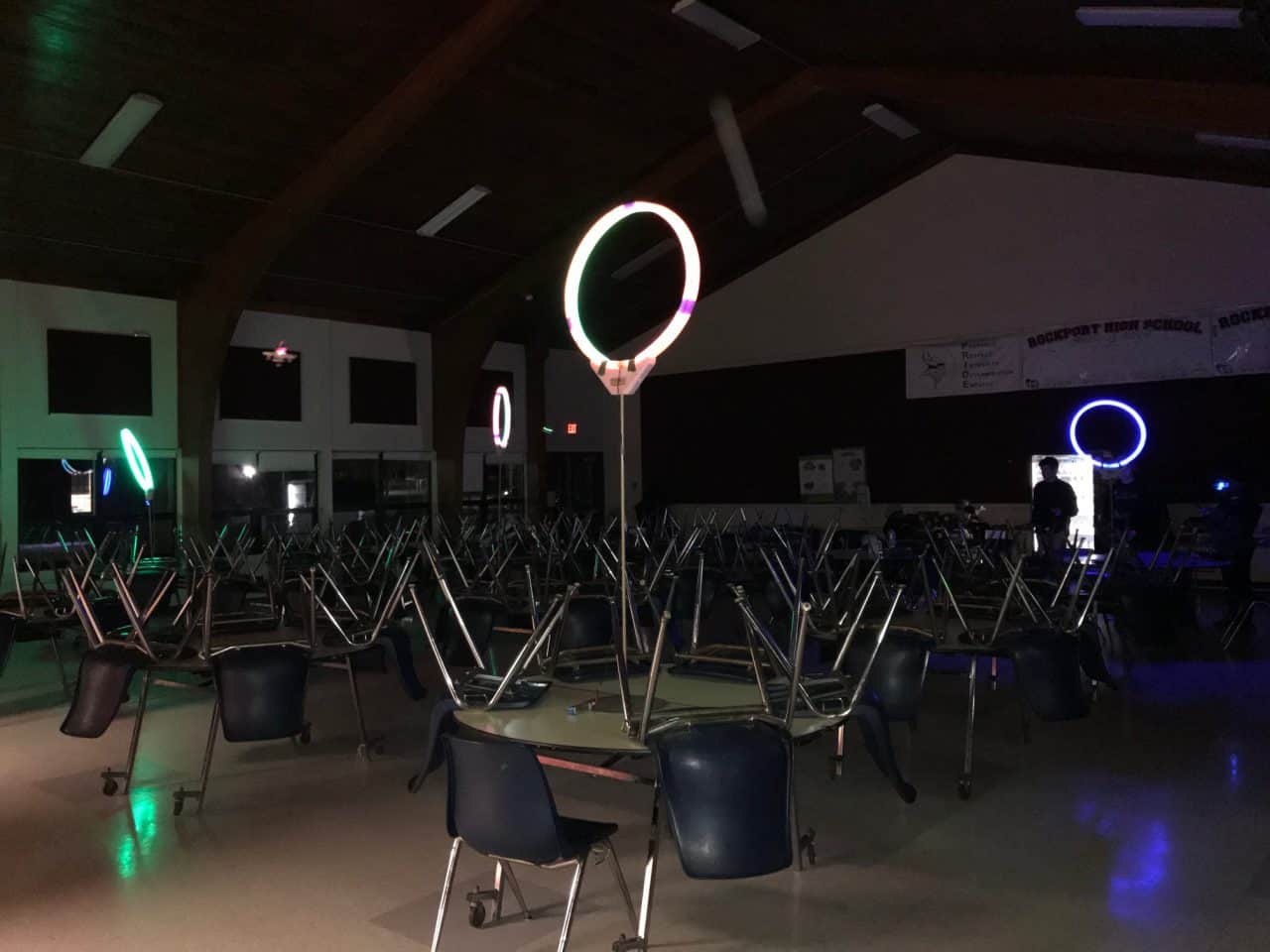 After a few runs, Alex reminded us that the hoops had lights in them, so we turned off most of the room lights and continued flying / racing in the dark. My old eyes struggled but the PF Fliers did not seem to have any problems. 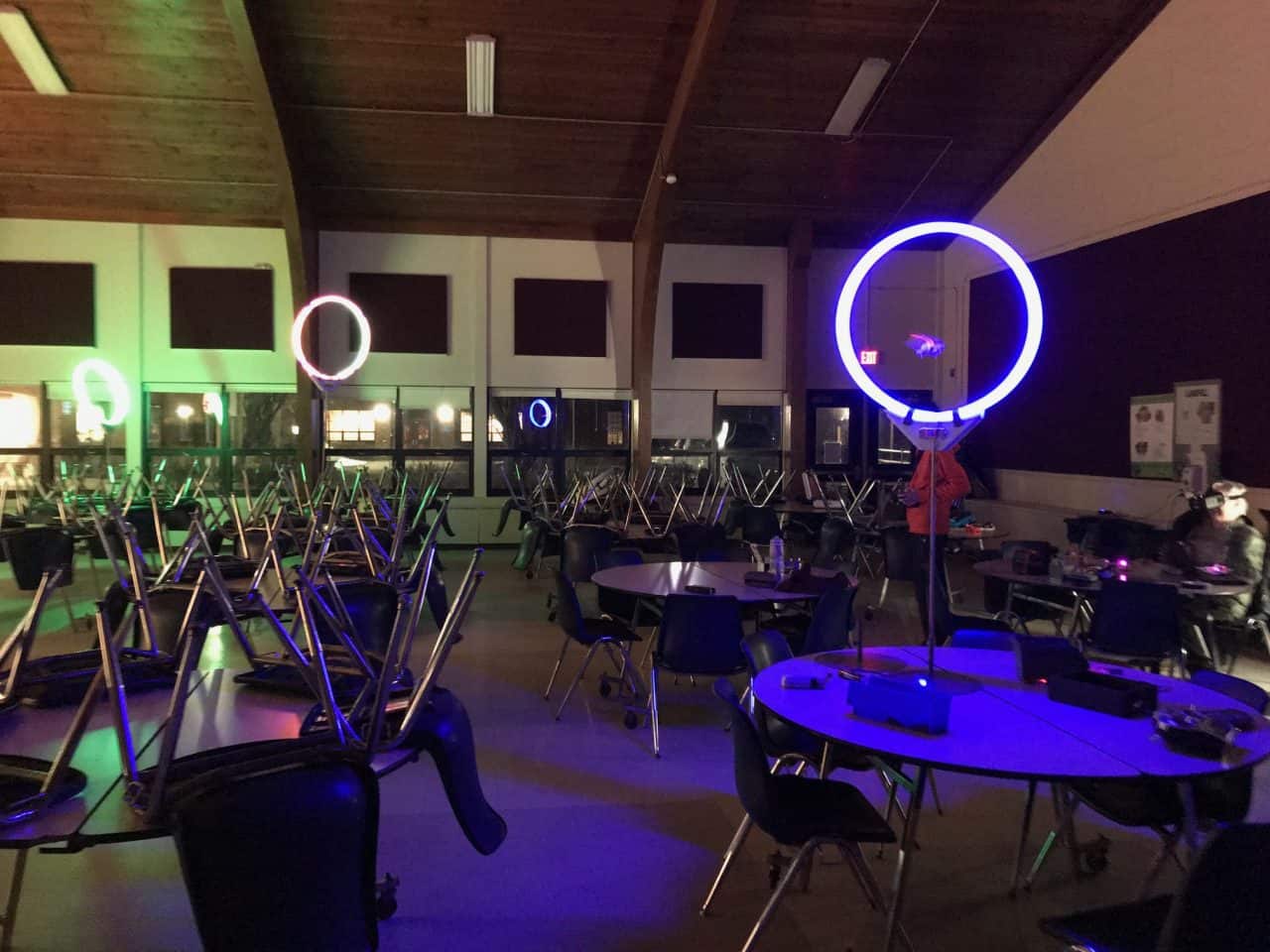 I imagine if you just walked into this darkened room hearing the sounds of crazy mosquitos with flashlights flying around you would wonder what was going on. What was going on was a good time being had by all.

Thank you again to Rockport High and Peter.