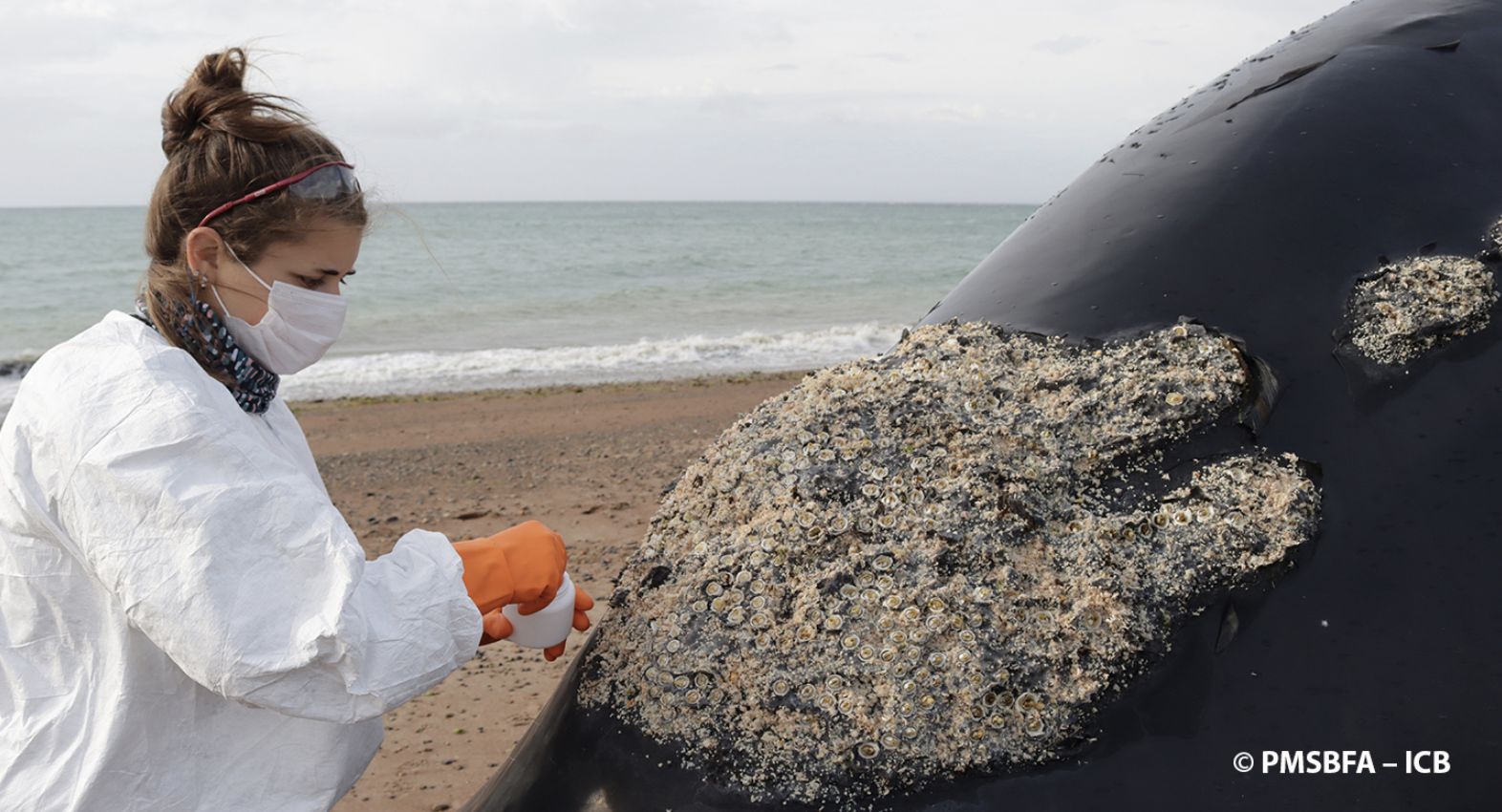 At the end of September, Insituto de Conservación de Ballenas, our partners in the Southern Right Whale Research project, began seeing reports of dead southern right whales in Golfo Nuevo, Península Valdés. Between September 24 and October 11, 30 dead right whales were recorded.  Scientists hypothesized that the whale deaths were caused by the ingestion of algal blooms (red tide) that was present in Golfo Nuevo.

Researchers from ICB and UC-Davis were able to perform necropsies on 6 dead whales that were accessible and not badly decomposed and were able to collect partial samples from another three whales. The six necropsied whales had contents in their digestive tracts, indicating that they had fed shortly before their death. None of dead whales showed evidence of abnormal injuries or traumatic injuries that could explain their death.

Six of the whales were tested for detectable concentrations of Paralytic Shellfish Toxin and the toxins were found in various tissues and fluids from five of the six whales tested. Since the death of the whales overlapped with a harmful algal bloom and very high levels of biotoxins of the paralytic type in bivalve molluscs and plankton in the Nuevo Gulf; deaths were also recorded in seabirds and sea lions, in which the presence of Paralytic Mollusc Toxin was also found in significant quantities; and no new whale deaths have been recorded since October 10, which coincides with a marked decline in the abundance of the paralytic toxin-producing species in plankton and in the levels of biotoxins in molluscs in the Golfo Nuevo, researchers have concluded that the whales died as the result of red tide.