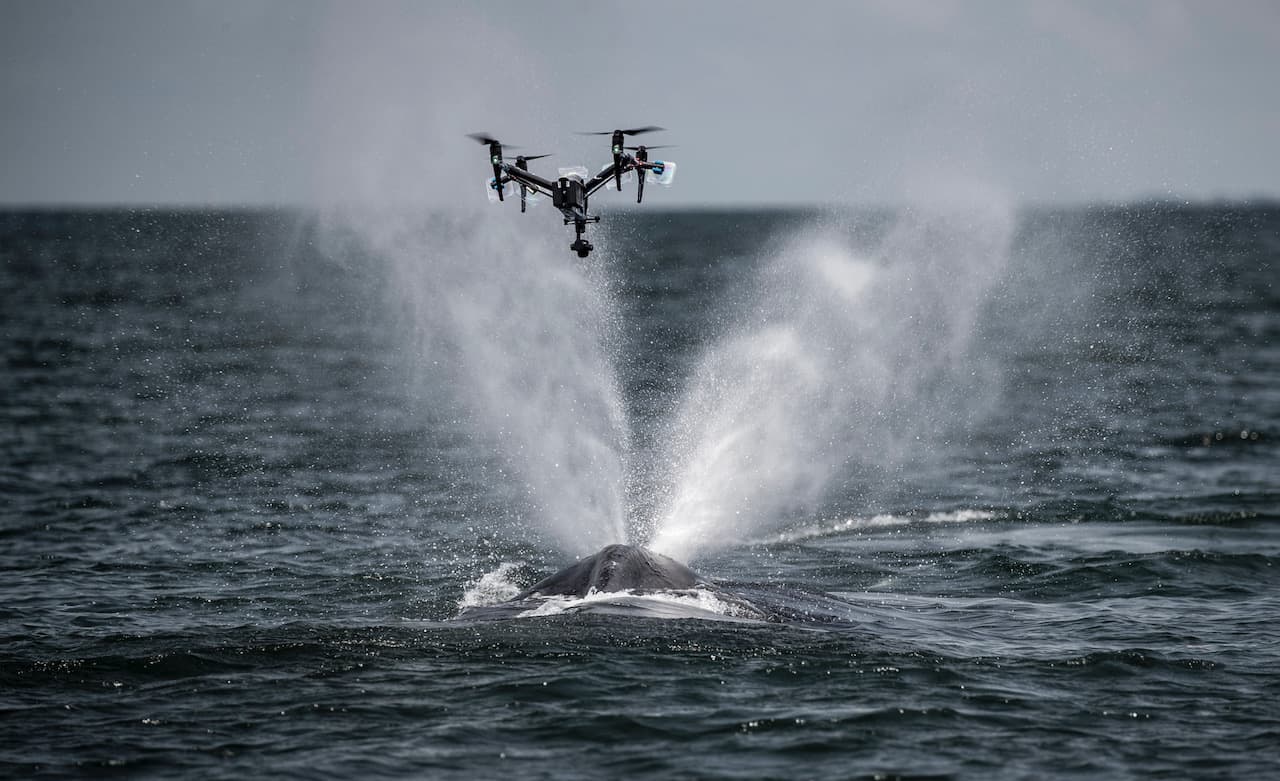 Dear Friends,
We are back in the USA after what has been the most logistically challenging and the most successful Parley SnotBot expedition to date! Forgive the cliché but we hit this one out of the ball park in spite of some very serious obstacles along the way. I’ll send a full data update at a later date but in short, working with the Gabonese government and NGOs we collected 55 Exhaled Breath Condensate (snot) samples, shot photogrammetry images (and tested a new photogrammetry rig), recorded whale songs and took hundreds of photos and behavioral video footage of a whale population about which very little is known.

We did come back “drone light” though; due to an improper propeller attachment, an Inspire 2 dropped into the water right after takeoff and we gave a Mavic Pro kit to our friends at ANPN (the Gabonese Wildlife Conservation authority). We conducted a number of flight training sessions with our ANPN friends (photo 1) and Chris taught a photogrammetry session. ANPN are very excited about the potential use of drones for wildlife conservation both ashore and afloat. As part of our Democratizing Science with Drones initiative we have now left drones and hard-won operational & scientific protocols in Argentina, Alaska, Mexico and Gabon. 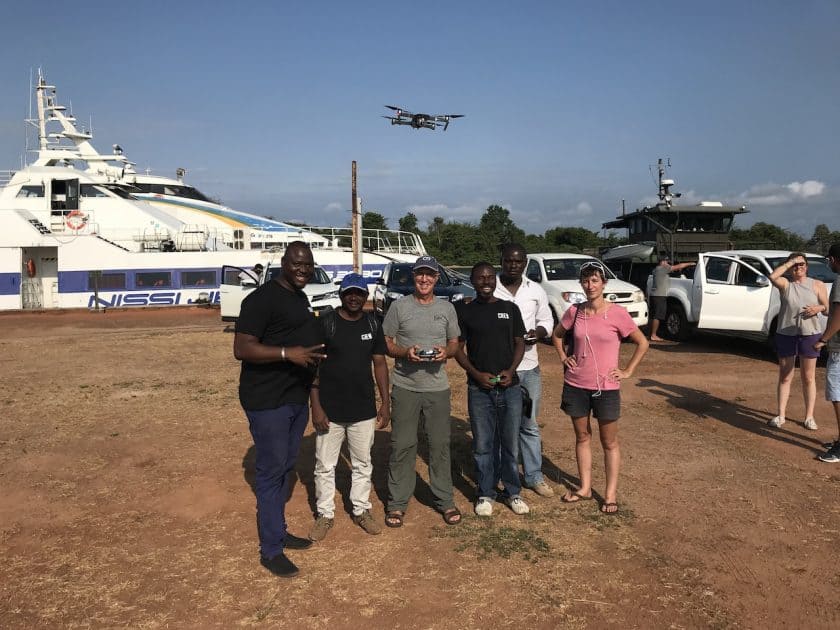 As expressed in earlier emails, the biggest challenge for us was the weather; when you only have 10 days on the water, one bad weather front can really mess you up. By day 5 we had collected less than 12 samples, were exhausted from battling rough seas and were feeling the pressure. If we had been working out of Gloucester we would have called weather days, but this far from home we had to keep pushing, regardless of the weather. By day 8 we had 34 samples; everything changed on day 9 (technically our last day on the water), great weather allowed our Parley SnotBot to perform at its peak and we collected 15 samples, giving us a grand total of 49 samples. We had not planned on going out on the water on Saturday, or Sunday before our flight, but we felt that we had to take advantage of the continued good weather and we went out for a couple of hours on both days and collected 6 more samples, taking us to a grand (and highest expedition total so far) of 55 samples.

I was close to panic the evening before the BBC arrived. The camera/gimbal assembly on my trusty drone decided that after being doused in snotty water a few hundred times, it did not want to work anymore. Luckily, we had a spare camera and drone, which 30 minutes later disappeared below the waves due to the previously discussed faulty blade attachment. We were in big trouble. Christian had his drone, but his drone was there to film my drone collecting snot for the BBC. The DJI drones are hardly what you would call “service friendly,” but when we got back to our accommodation, I had no choice but to pull out our mini screwdriver kit and start disassembling.

My thought was that a little bit of saltwater had gotten onto one of the many connections inside the camera / gimbal assembly and it was causing an electrical short.  So, I took apart the whole assembly (photographing every step) and doused everything with the French equivalent of WD 40 — my now favorite liquid, YACCO Degrippant 6 En 1. 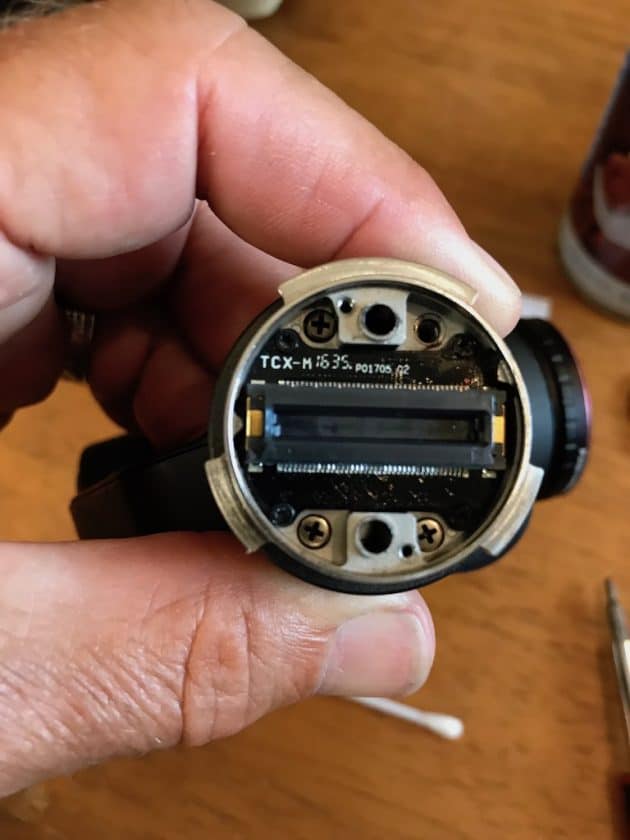 I reassembled the camera gimbal system (incorrectly once) but after just over an hour’s work I got it all back together and gave it a go. I will admit to being somewhat surprised that the camera and gimbal worked fine. I remained on edge for the whole BBC shoot expecting the camera assembly to fail at some crucial time, but apart from a couple of odd twitches it worked fine, not just for the BBC stay but for the rest of our trip. 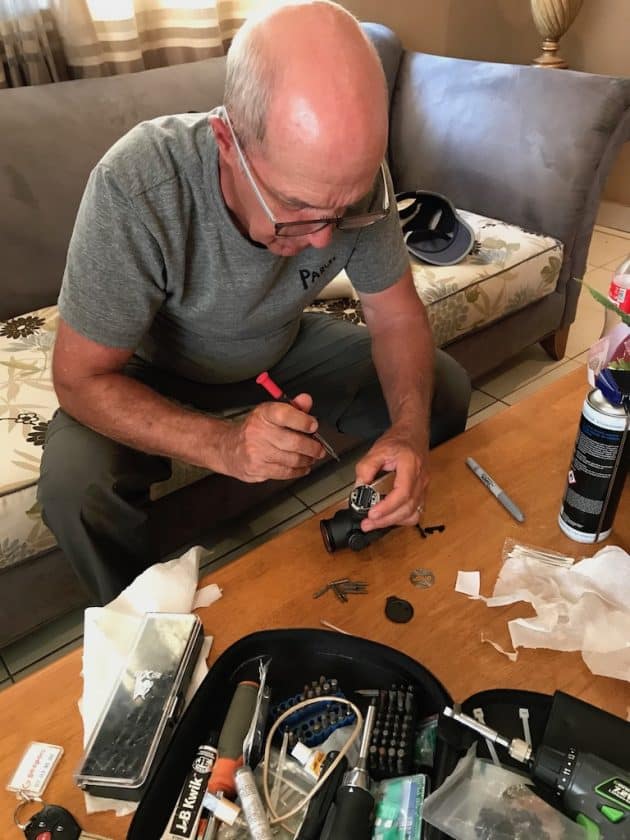 At one point with the BBC we followed a couple of whales quite close to an oil storage facility. The guide on the BBC boat got a call asking us not to get any closer to the oil facility, and I thought that this was a regular security issue. It was not. It turned out to be one that blew my mind. The facility was under high security because just a week previously someone had hijacked a 368-foot oil tanker (and 19 crew) with 32,500 gallons of crude oil on board. The story ended well, though, with the tanker Pantelena and crew being held for 9 days, before the crew and vessel were released (probably minus oil).  Note the attached photo of dummies that we saw on the decks of other tankers to make it look like there are crew working/observing on deck and the barbed wire to stop pirates climbing up to the bridge (crazy). 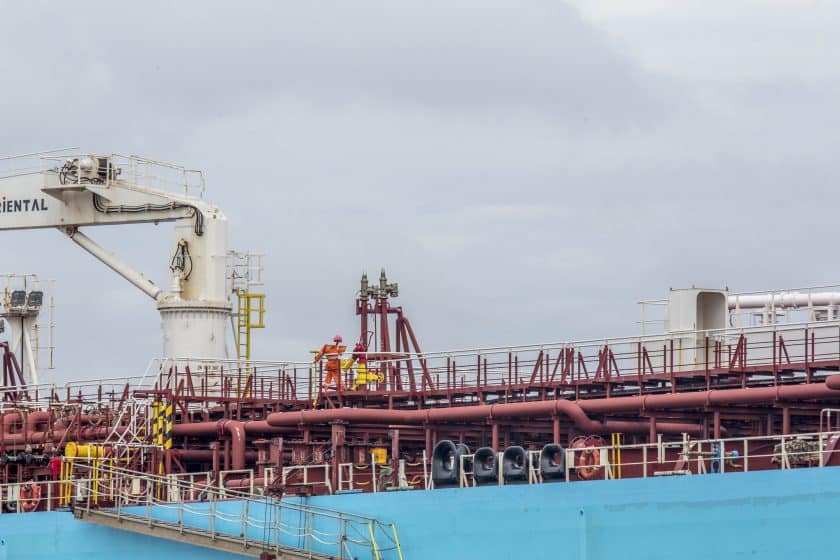 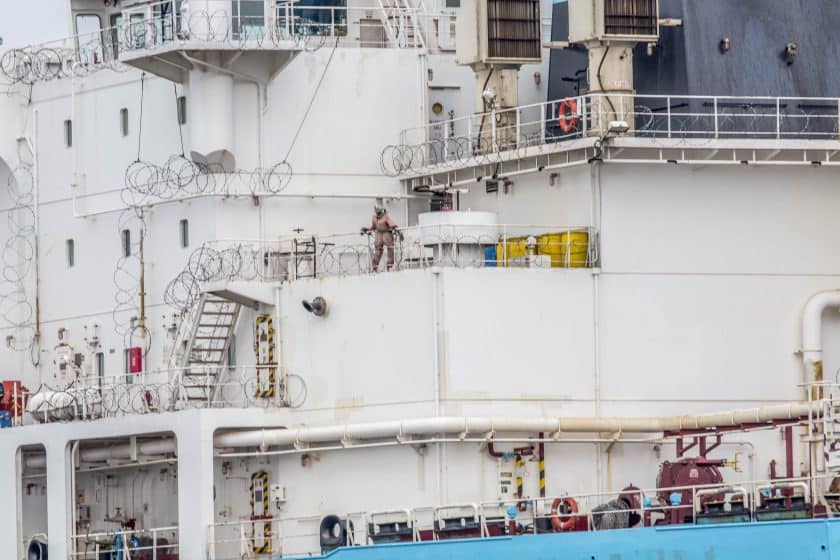 I have attached a couple more of Christians photos (top and below). 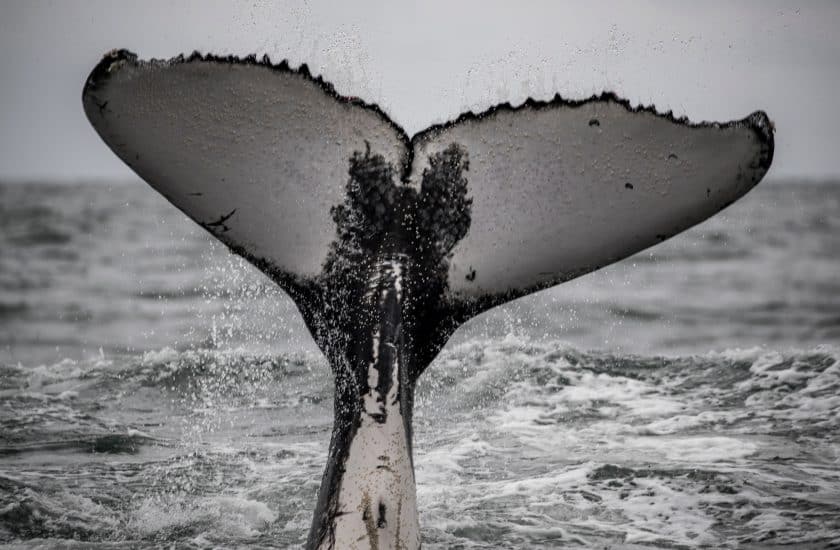 Also the promised photo of what we thought was an illegal timber barge. 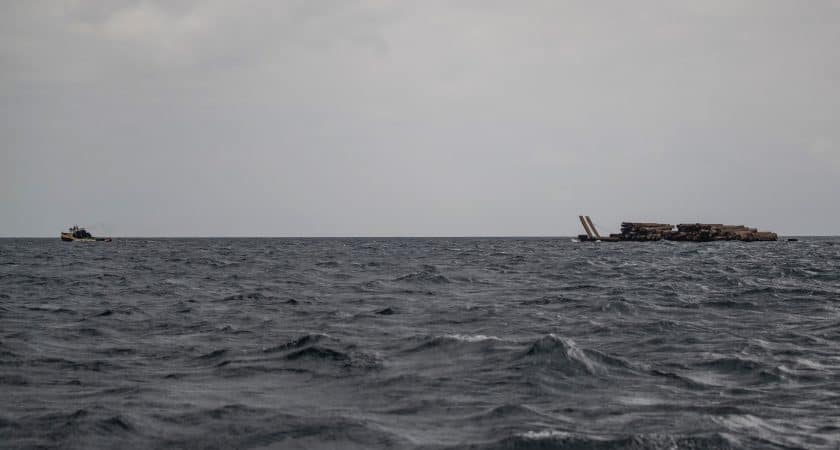 I had hoped to see a bit more of Africa, but we basically lived drones, whales, equipment and data for over 10 days.  We did go up a local river on Saturday morning and we saw a number of species of different parrots, monkeys, crocodiles, deer and eagles which was fantastic and the first real reminder that we were in deepest Africa — on the way back we did go out and collect a few more samples.

Finally,  as you all know I am a big fan of FLIR technologies, and as we were going though airport security leaving Gabon we had to pass through a small room that had two FLIR cameras and screens set up.  My theory is that these FLIR systems were monitoring body temperatures looking for people with a fever. Considering that ebola can be found in the country next door (the Republic of Congo) this application makes sense.

I hope that you are all safe from hurricanes and enjoying the fall.