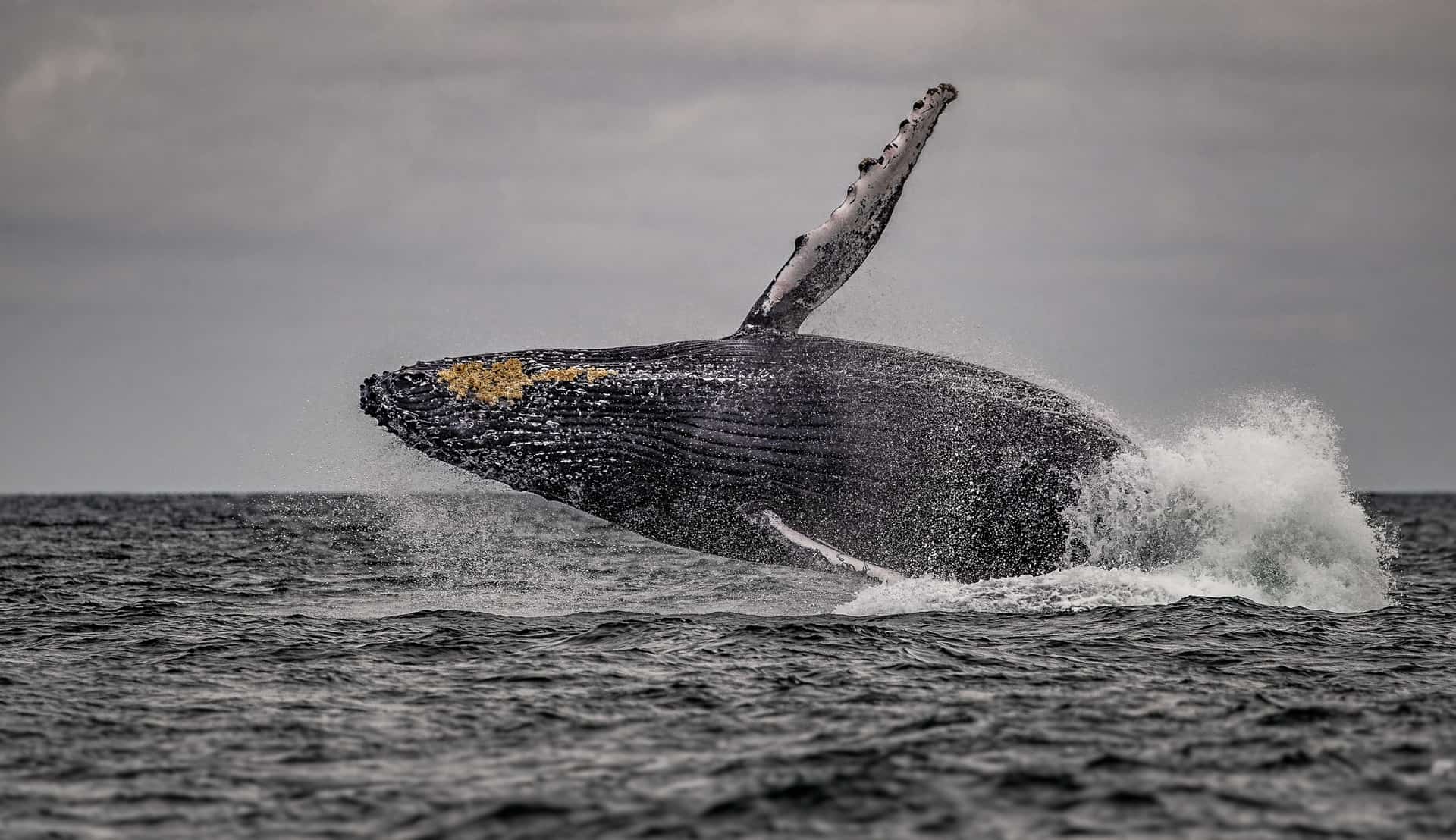 Dear Friends,
Gabon has been quite an adventure, but one thing is clear, this is like no place I have ever worked before and I have worked in some pretty unusual locations.  Our time here has seemed more like true exploration than a regular research expedition. Most people seem to be aware that there are whales here but beyond that the knowledge seems pretty limited, so we have been blazing our own trail, sometimes successfully and sometimes not.

I always get great joy from the unintended consequences of our work. For example, in the Galapagos we exposed an illegal sea cucumber fishery and in Papua New Guinea we were the catalyst for creating a marine sanctuary. Now in Port Gentil we may have helped to discover an illegal gold mining operation. The brown water you saw in an earlier blog is river sediment, but it is not the rainy season here, so the water should not be this color. We shared Christian’s photos with some ANPN officials and they were concerned that this was likely evidence of illegal gold mining, so a plane is going up to see if they can track this to the source. Wet wash gold mining (below) is notorious for the environmental devastation it causes  and that is beyond the use of mercury in the extraction process. 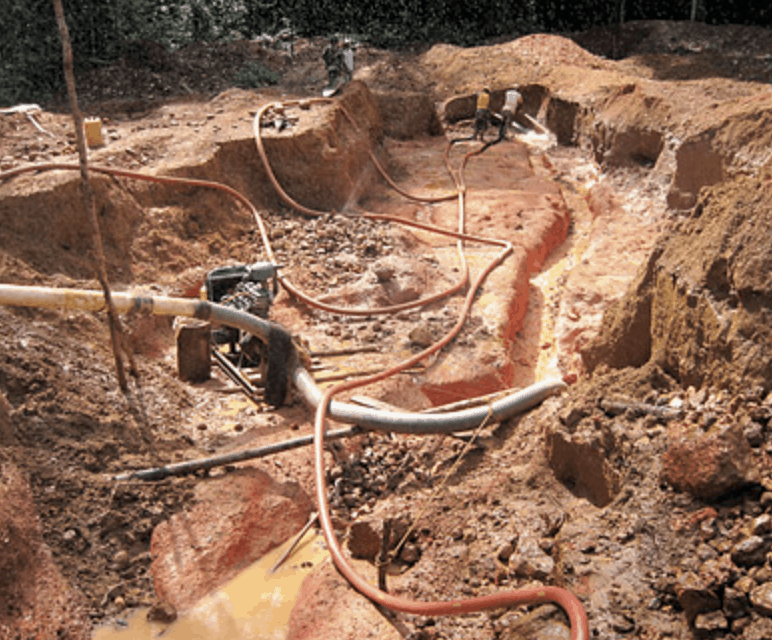 We also saw a barge loaded with lumber heading offshore, the officials on our boat said that there were no facilities in the direction that the barge was going, so it was likely the result of illegal logging or illegal exporting or both. So, this was called in to the authorities.

We had a team from the BBC with us for the last two days, and what a great crew they were! Alas, the wind blew like hell for most of the time, but they just went with it and we had a few great whale encounters, and some equipment failures — but we persevered and as a consequence, I think that we got some pretty special footage. The BBC team were happy so I am confident that this is going to be a great story. What made this shoot special for me was the fact that the host, Gordon Buchanan, is a fellow Scot, so it was fun to share a few memories of the home country with him. The show is expected to air in March 2019, I will of course let you know when. 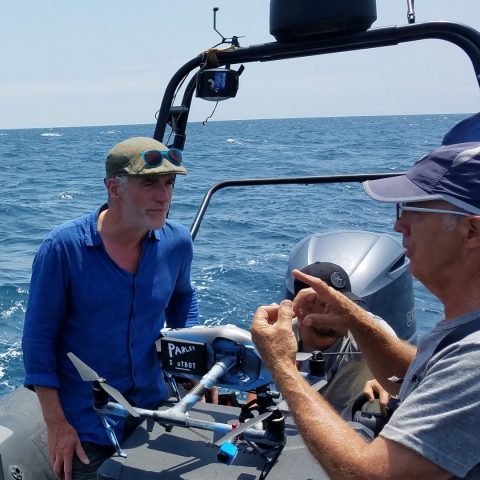 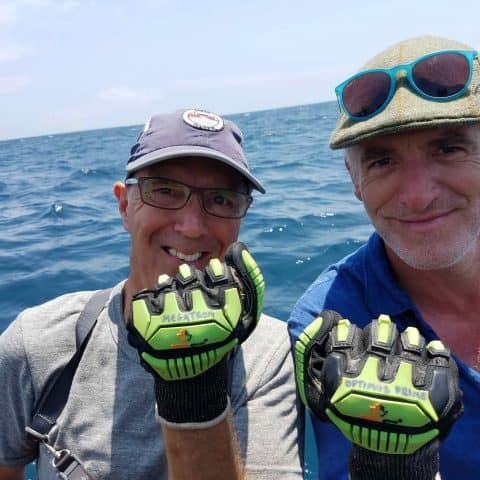 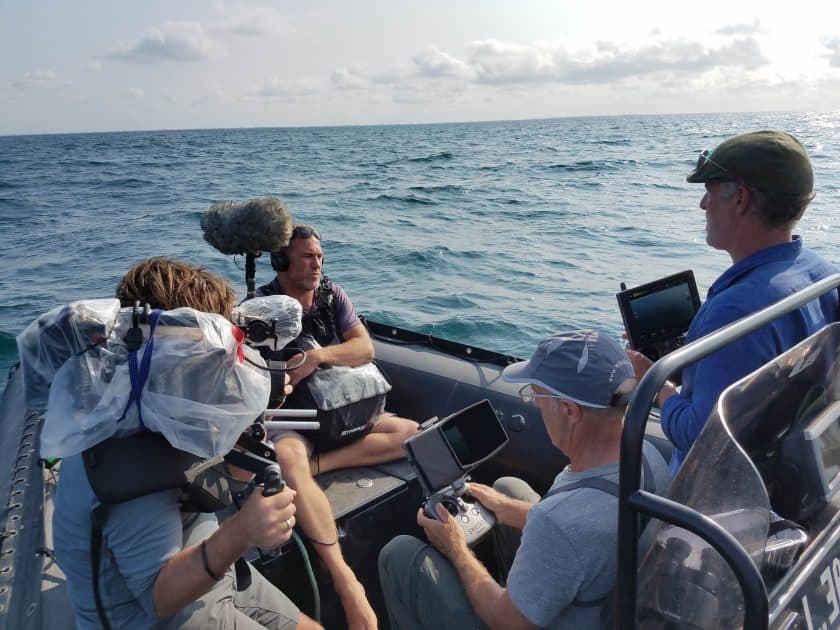 On the whale front we went back out into the Atlantic proper again today to look for whales, resulting in good and bad news. The good news was that there were more whales out there, the bad news was that the wind and seas were terrible. We had around 6- to 8-foot swells with a big chop on top — it was a wild ride. We are not going to do this again! But again we got some good humpback whale recordings and we had a social animal hang around our boat for over 20 minutes. Note that in the first photo we are all looking in the wrong direction for the whale. 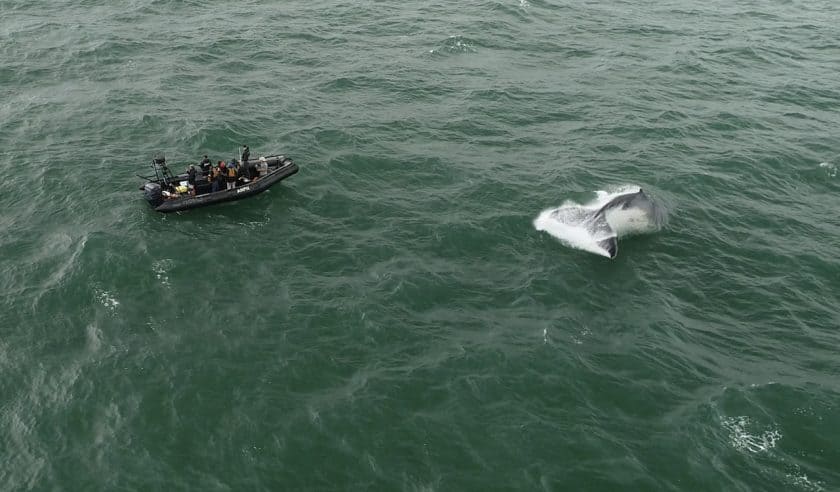 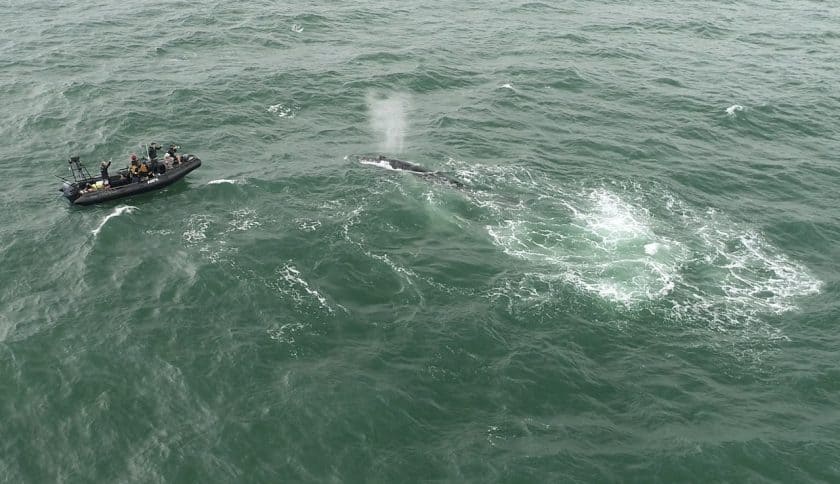 Port Gentil is safe but some of the areas surrounding it are not; we passed an oil tanker today and were confused by all of the crew just standing around on the deck until we realized that they were not crew, they were dummies (I’ll try to get a photo tomorrow). Port Gentil is a bust city with over 100,000 people, and yet there are only two ways to get here, by plane or by boat. I can’t imagine many cities in the world with a population of over 100,000 that you can’t drive to or from. The most noticeable consequence of this is that most people seem to travel by taxi — why have a car if you are only moving around city?

I have attached a few more of Christians photos (top and below) that speak far more to our work than my blogs. 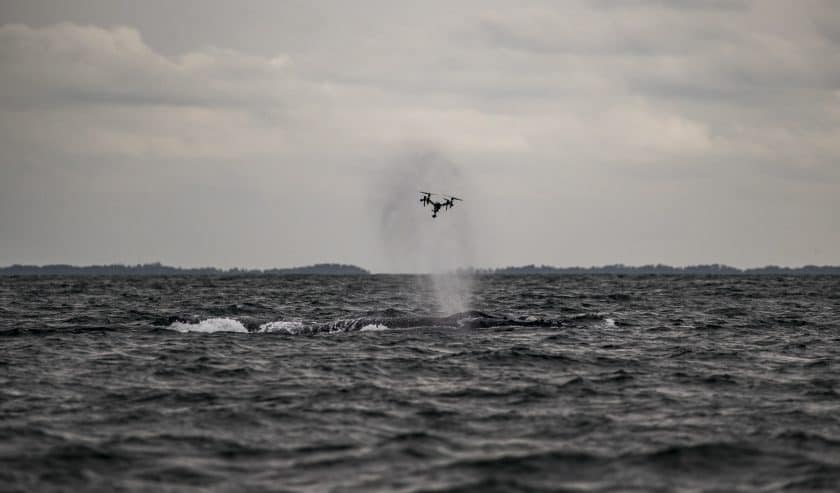 Be safe, but take a few risks!