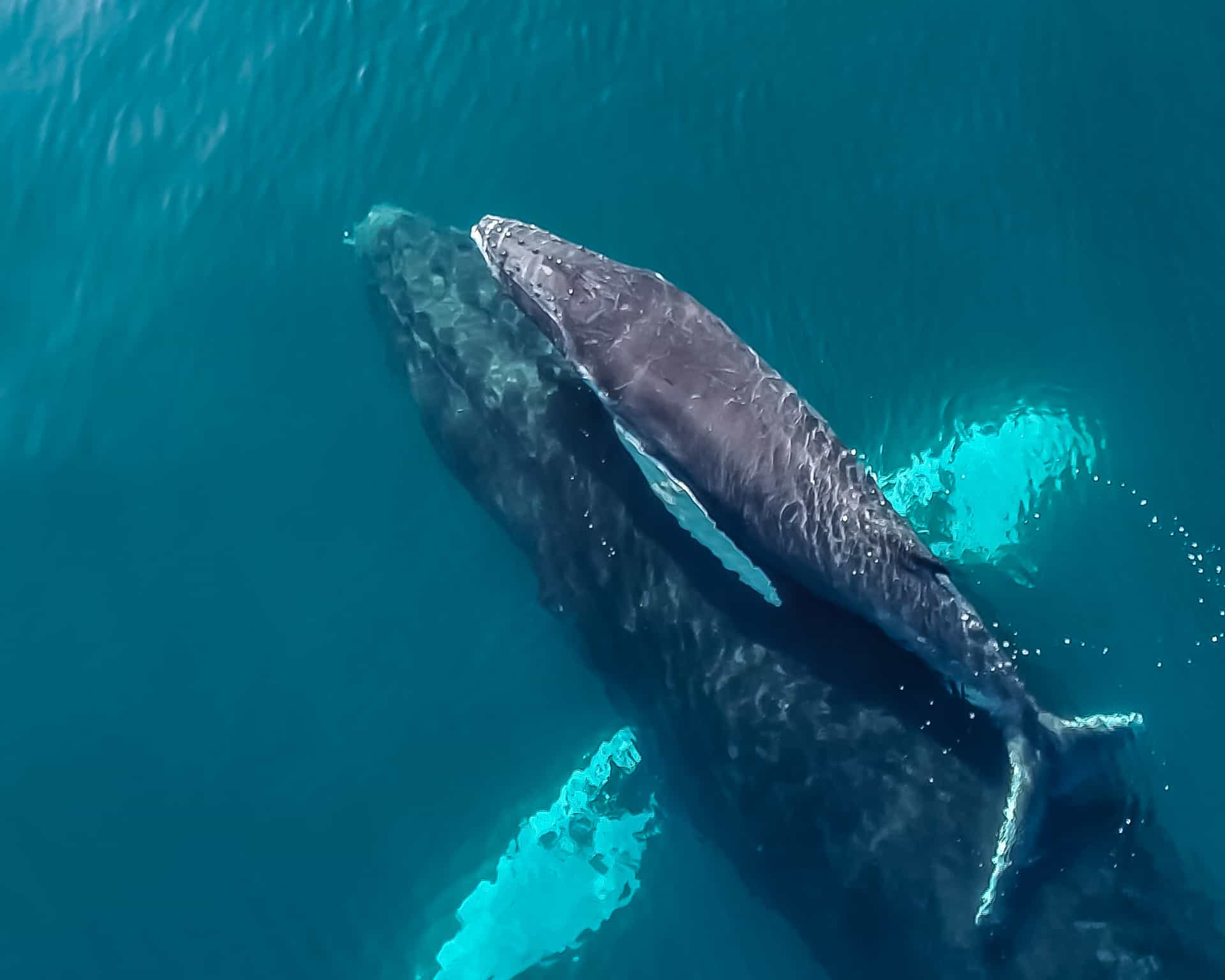 I am happy to report that this has been the most successful SnotBot expedition to date, and it’s not over yet. I had to leave the team in Samaná so that I could check in with my family and prep for our BBC Blue Planet trip to Baja next Tuesday. It’s an unusual feeling for me to be on a plane knowing that my team were SnotBotting without me, but I know that they will do great. I also think that it is important that the Parley SnotBot expeditions should not be as totally dependent on my presence as they have been throughout their development, so this is good practice for the team.

Let me be very clear though, I see MANY Parley SnotBot expeditions in my future; I am not exiting stage left at this time.

As I drove to the airport (2.5 hours) it was great to think about all of the data we had collected (considering the less than encouraging start) 67 Exhaled Breath Condensate samples, hundreds of photo id pictures, AMAZING humpback whale song recordings (attached), working with regional researches, press and students and … a first for us: we collected a priceless snot sample from a humpback whale calf.  Since my arrival in the USA, the team has advised me that they collected another 13 samples, so the expedition snot total is now an amazing 80 samples!!

During our evening meals we typically review the days efforts and discuss what we can do better, what is the best use of the tools we are developing and how we think that the program can evolve. Angie from Oregon State suggested that if we could get a snot sample from a calf, it would be an extremely valuable data set. As the calf matures we would likely have many opportunities to monitor its growth, health, etc. throughout its lifetime. Unfortunately, calves (because of their size) do not shoot their exhalations 15 feet into the air as do their parents, and I was reticent to fly an 8-pound drone like the Inspire 2 very low over a calf (remember one of the principal goals here is to collect biological data non-invasively). Luckily we brought with us a 1.4-pound Mavic Pro to leave with the local researchers, so we set it up with three petri dishes (below). 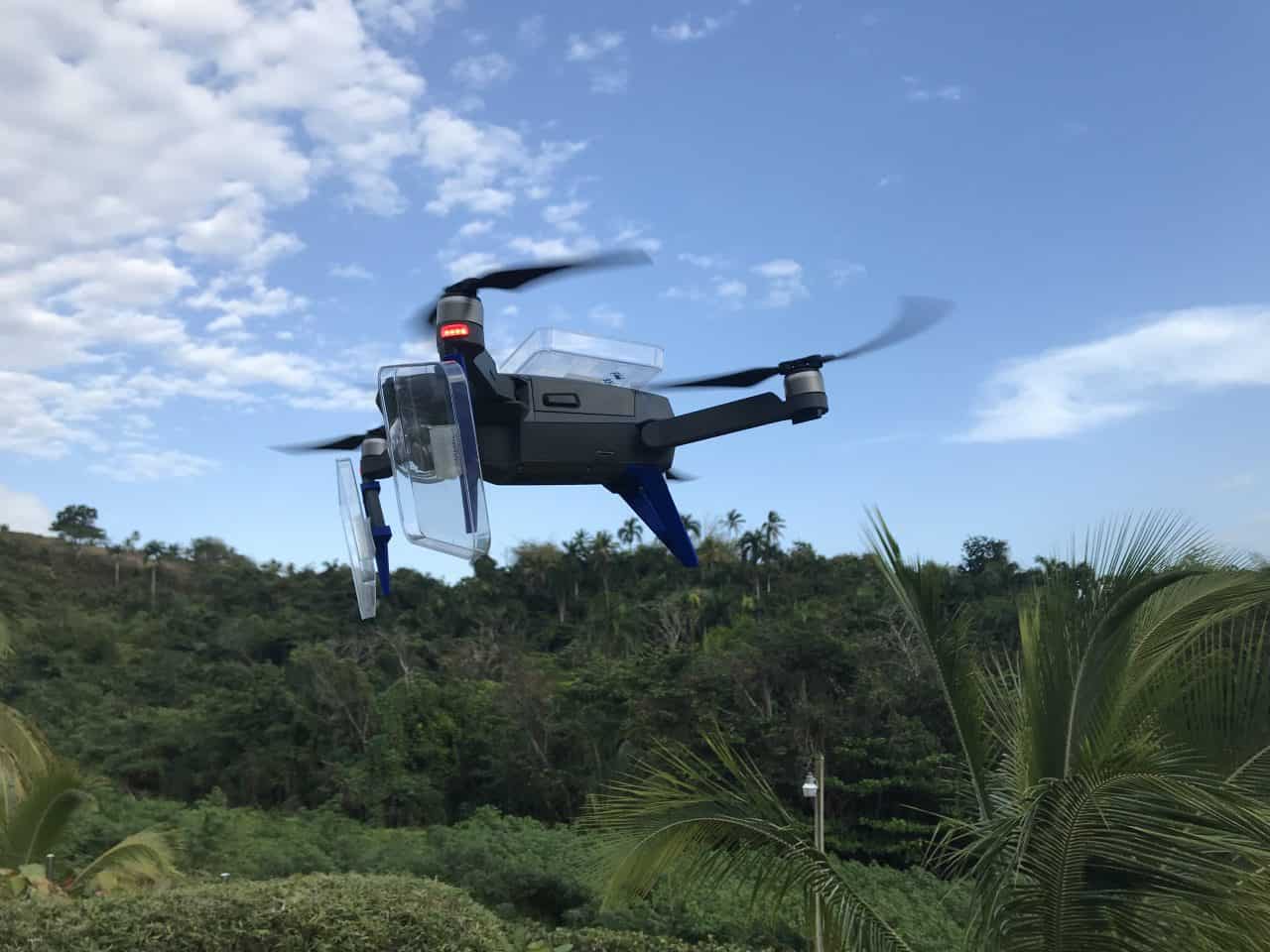 This was the make of drone that we used to collect an orca blow in Alaska. As it turns out I was following a mother and calf ready to get the mother’s blow, and the calf swam right over the top of the mother (top photo) and exhaled quite vigorously right in front of my drone and I got the sample – the chances of this happening again are pretty remote so for the future we will use the Mavic Pro for calves. We have at least proved that we can collect Exhaled Breath Condensate (snot) from calves.

My flying skills were seriously put to the test during this trip, a mother calf pair we were interested in were swimming directly into the sun, the glare on the water was blinding (below), so it was almost impossible to follow them in-between their surfing breaths due to the glare, so I turned the drone 90 degrees and flew sideways looking at the head of the whale (not into the sun) as the whale came up to the surface I did a quick up sun maneuver and got the blow! 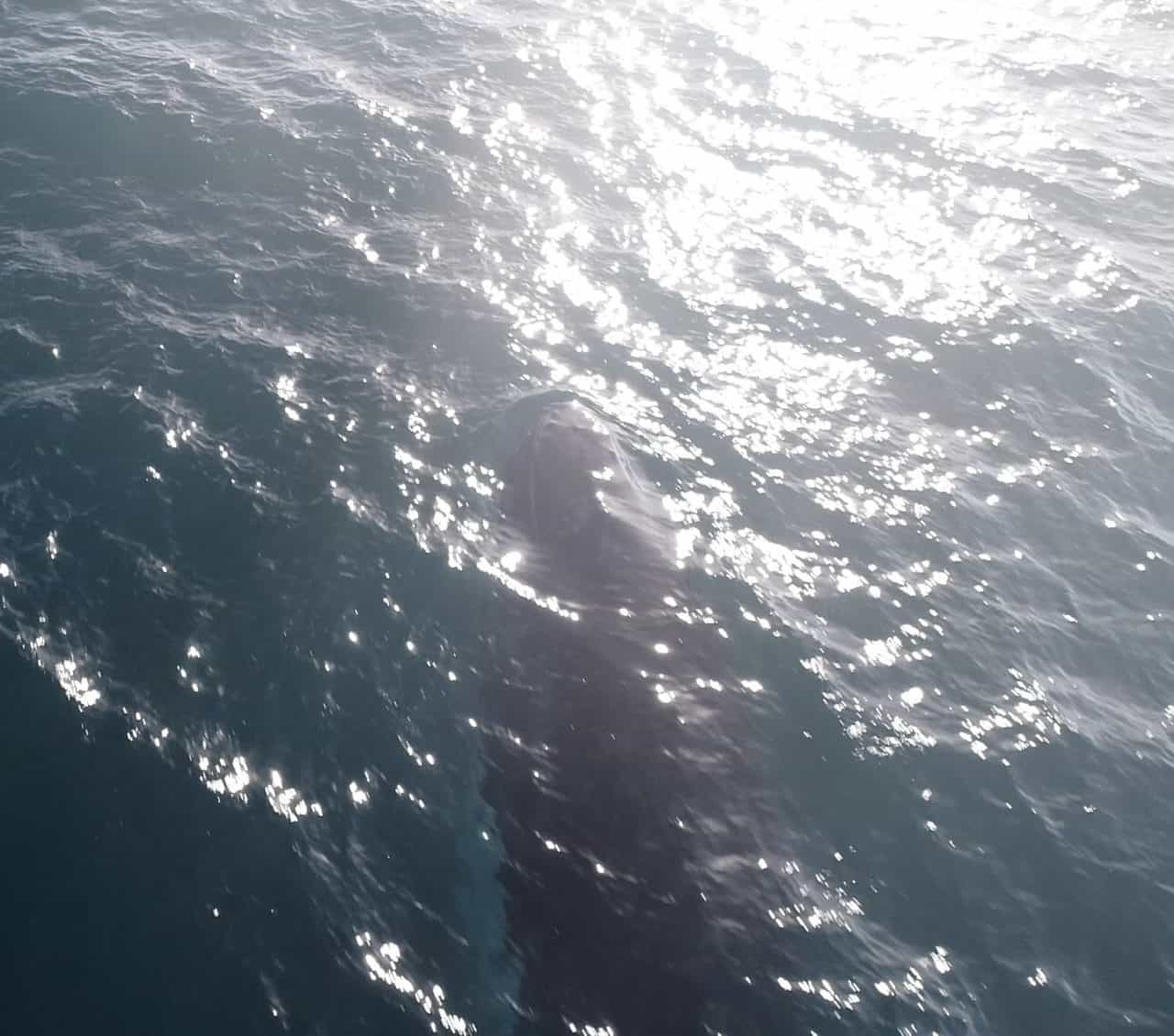 March 6 was an exciting day for Ocean Alliance on many fronts, our local newspaper the Gloucester Daily Times did a front page story on our plans to build an Innovation Center at our headquarters and the Technical Assistance grant that we have received from the Economic Development Administration to get this effort rolling. We were also advised that SnotBot was a lead on The Dodo’s National Snapchat story — even my daughter was impressed by this.

Another first for me is unpacking and packing at the same time, that said I’m excited to be off to Cabo San Lucas Tuesday next week to work with the BBC on a humpback whale story, back home, and then off to Loreto to do a live piece with the BBC. The goal of the live show is to collect snot from a blue whale on live TV!!. I am hoping that this will not be as stressful as the Nat Geo live shoot in Alaska …. but who am I kidding. Clearly my capacity to learn from the past is somewhat limited.

In case you think that Christian Miller’s capacity as a cameraman is just limited to still and drone video shots, he jumped into the water with an underwater camera in terrible conditions and still managed to get a whale and a drone in one shot.  I have attached a few more amazing photographs from Christian Miller. 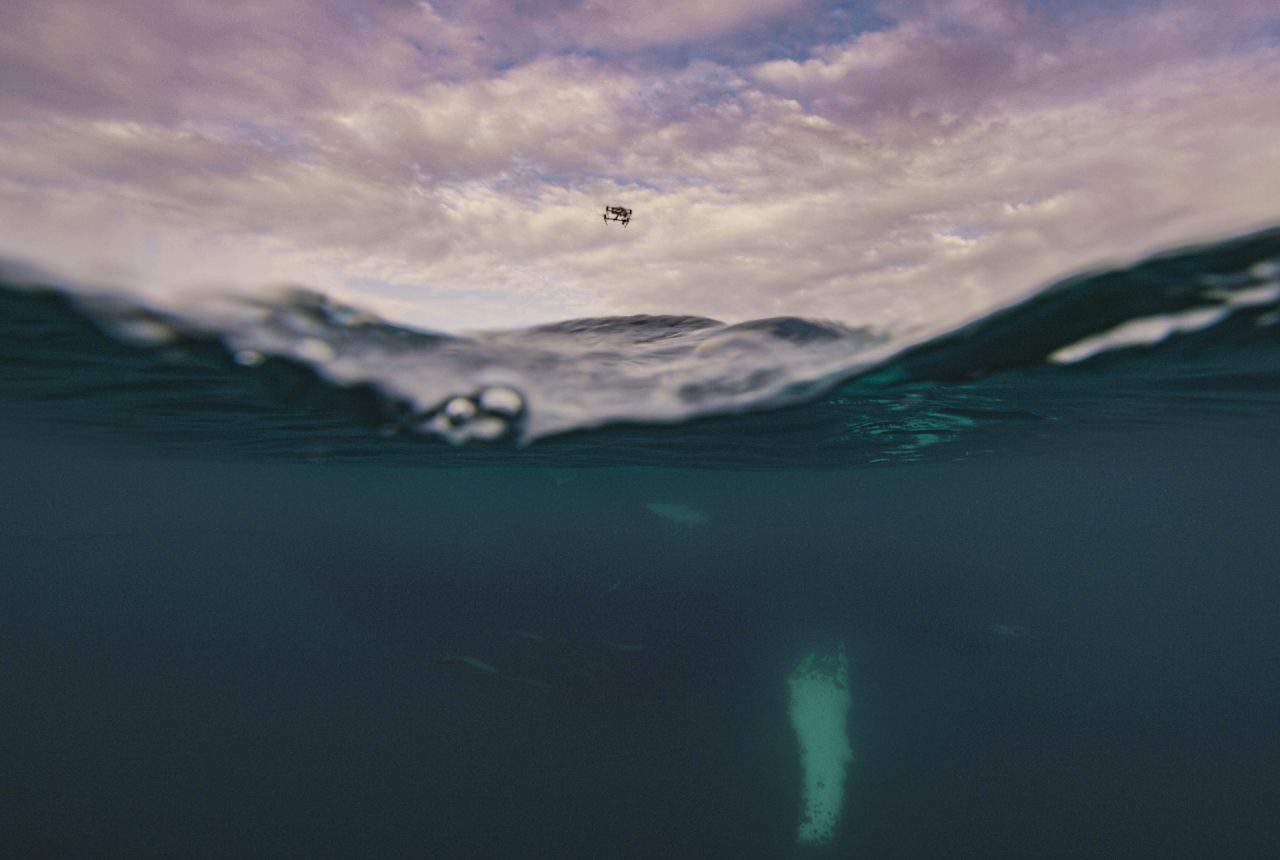 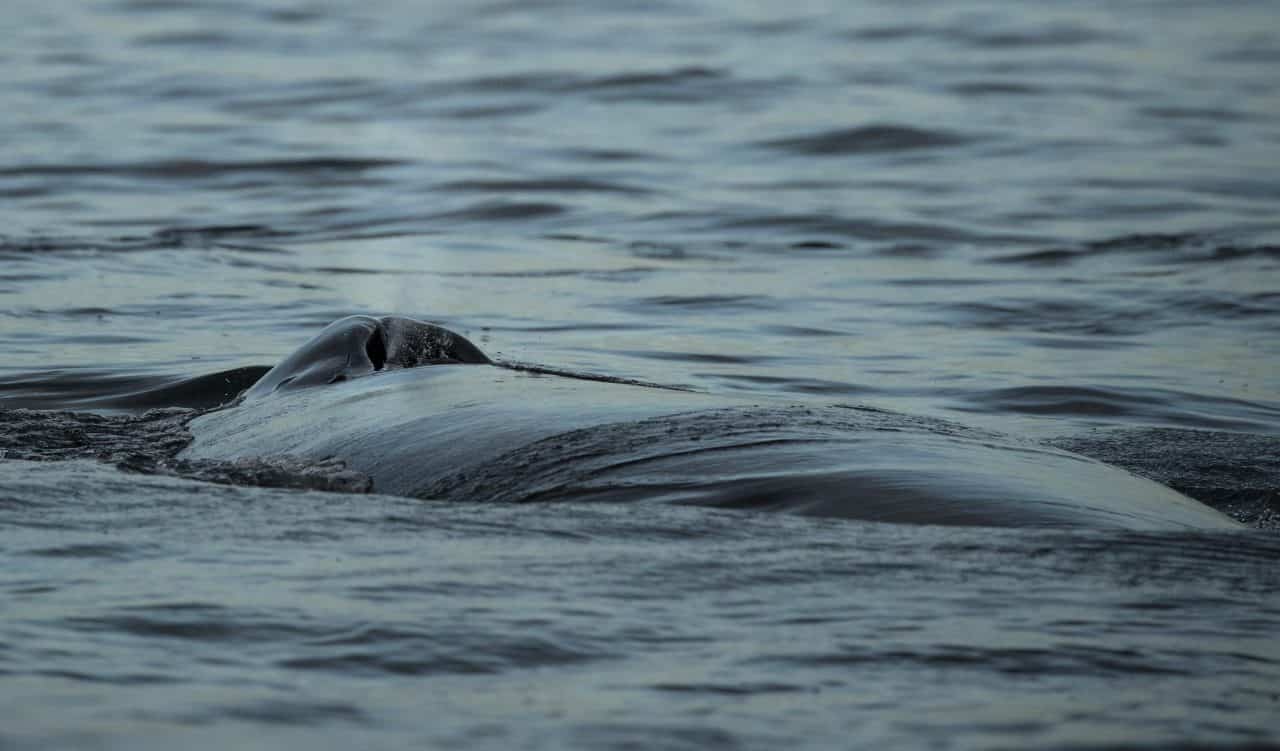 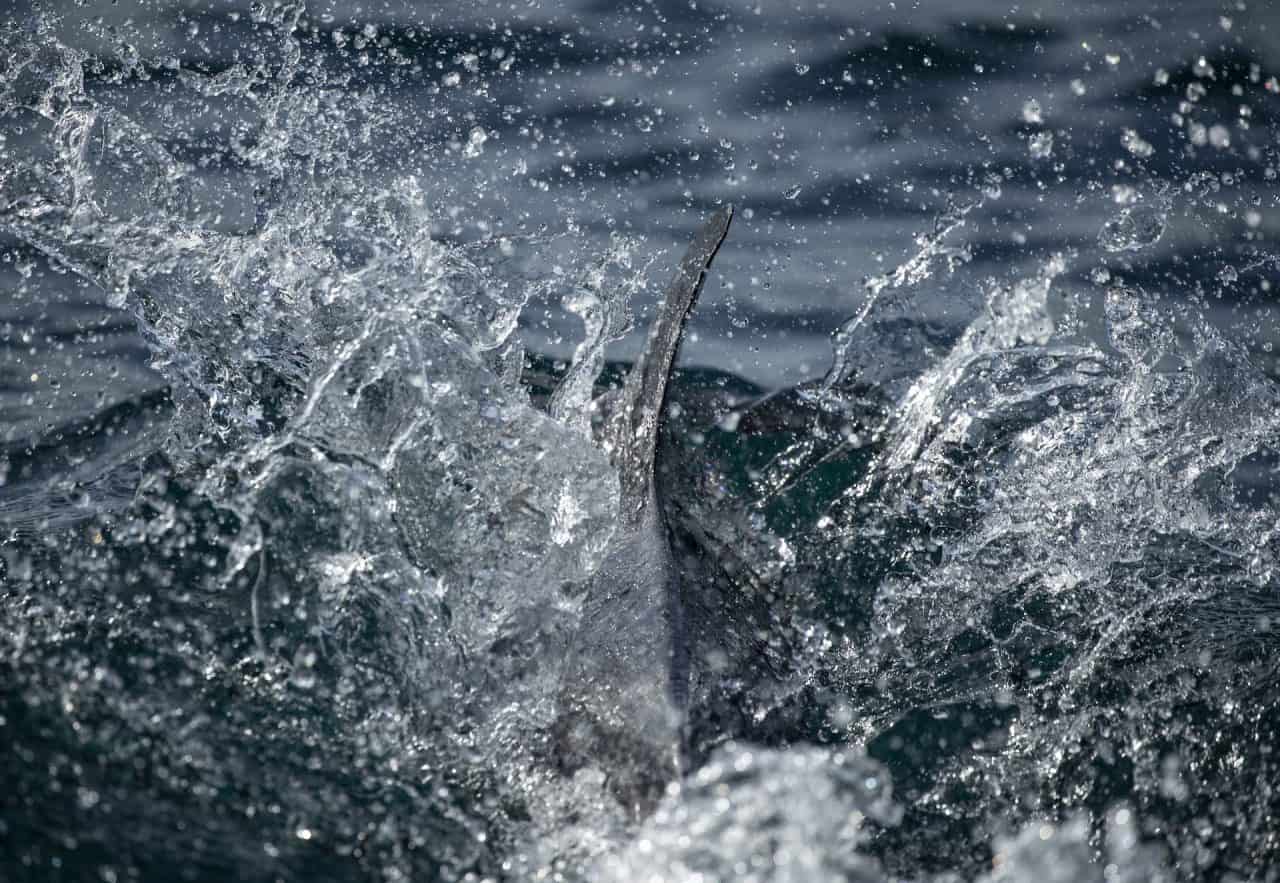 I’ll try to send some short updates from the BBC shoots, until then…wishing you the best!