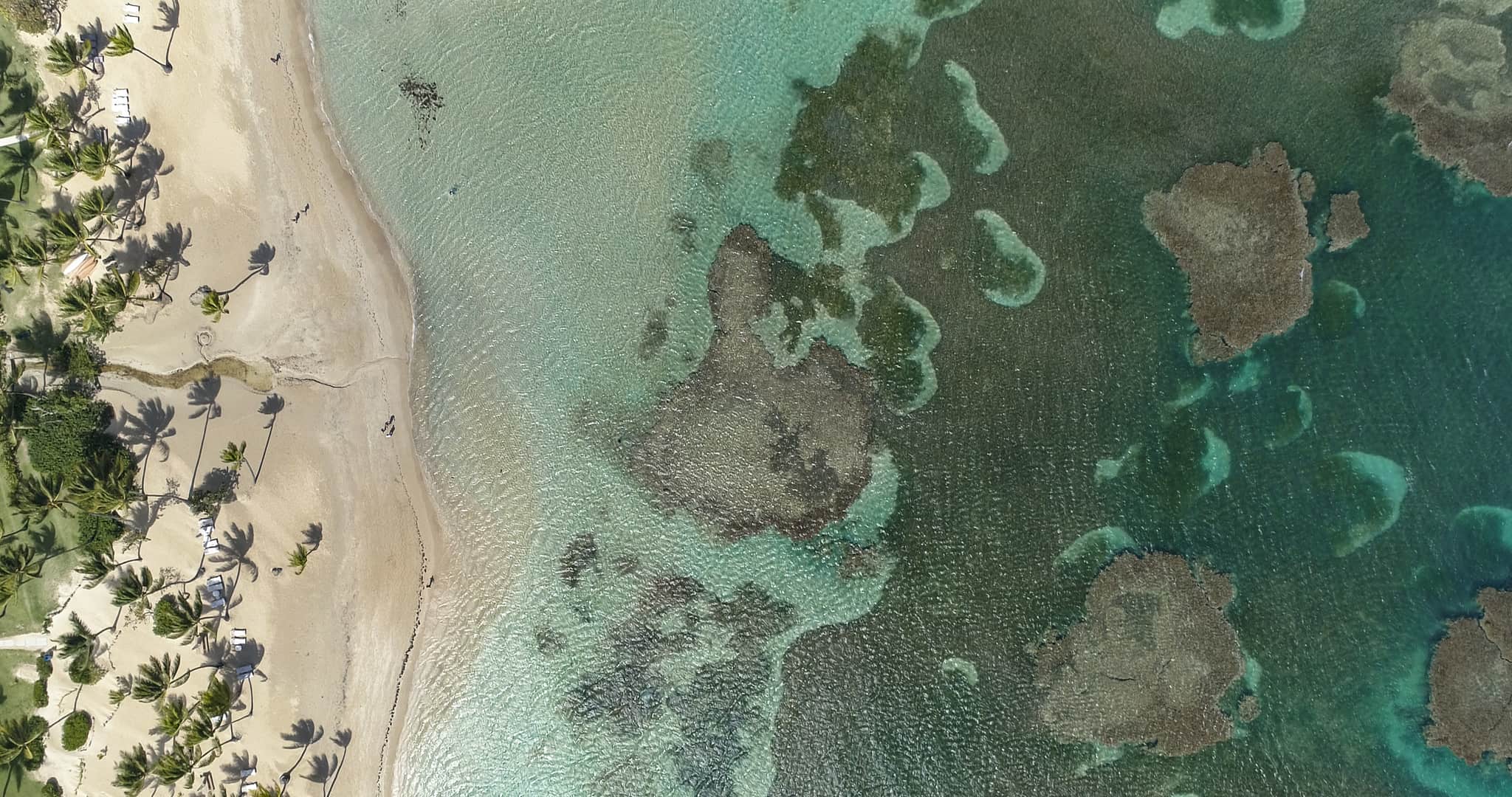 Two things can confound even the best planned expeditions, the weather and wildlife.  If either one of them is against you, your mission can be in big trouble.

We could not have received a warmer welcome since we arrived in Samana (Dominican Republic), from the customs officials to our local scientific partner Omar Shamir Reynoso (Div. Oceanografía y Recursos Marinos |Autoridad Nacional de Asuntos Marítimos) and our regional Parley coordinator, Carmen.  Our Airbnb accommodation is one of the nicest places we have stayed in for any SnotBot expedition, and the boat, 27 feet of fiberglass with two 250 hp engines, along with captain (Leo), are working out perfectly.  Omar has told us that they have seen far more whales here this year that they have in the last two years, so we should be in great shape …. right?

Alas, the weather has been brutal. We don’t like to sit in our accommodations, look out the window, and say it’s too rough; our policy is to always give it a go.  For the last three days we have been on the water before sunrise; but the weather has been horrible; we have had winds of 18 to 25 knots with the largest waves we have ever encountered in a small boat.  The mouth of Samaná Bay is open to the Atlantic, so we have had 5 to 8 foot swells with breaking waves on top.  After just a few hours on the water, we have had to come in to port with no samples.

Disappointed that we could not see whales, yesterday afternoon Omar took us out to try and find some manatees, which was very exciting. The location was inside a reef (above); I was flying a brand new Inspire 2 about 100 feet over the water 200 feet offshore. Just 5 minutes into the flight my drone just dropped out of the sky into the water ☹.

This is the first critical (manufactures) failure we have had with a DJI Inspire drone, and of course it landed in the water, so it was ruined.  We will communicate with DJI, but alas all of the flight data is in the drone, which fell into the salt water, so I am not optimistic that they will receive our appeal positively. For all they know, we could have just flown the drone into the water :-). We did bring an extra Inspire 2, and a Mavic Pro; Christian has an Inspire 2 and a Phantom 4 pro, so we should be good on the drone front, but I can tell you that our spirits are down.  Four days in and no samples and one drone down.

Christian and Chris did an excellent job retrieving the GPS position of where the drone went down and then Christian found the SnotBot in about 6 feet of water in a lot of sea grass with his Phantom 4. Had Chris not painted the drone in a camouflage pattern I am sure it would have been lost in the sea grass, luckily the blue color was very visible. 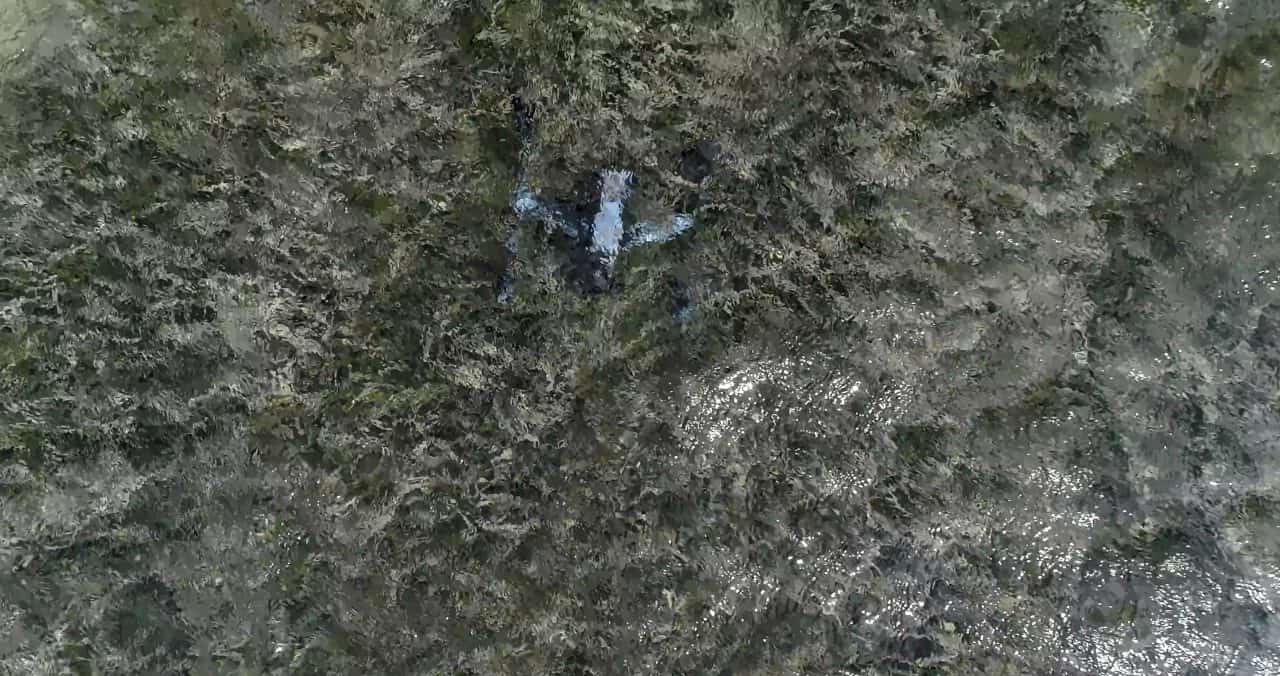 Omar, Andy and I swam / walked out to where Christian was hovering over our dunked drone, and we recovered it.  We do have drone insurance but it is never easy on the mind to lose a drone before you have even collected one biological sample or have seen a whale in your FPV viewfinder. 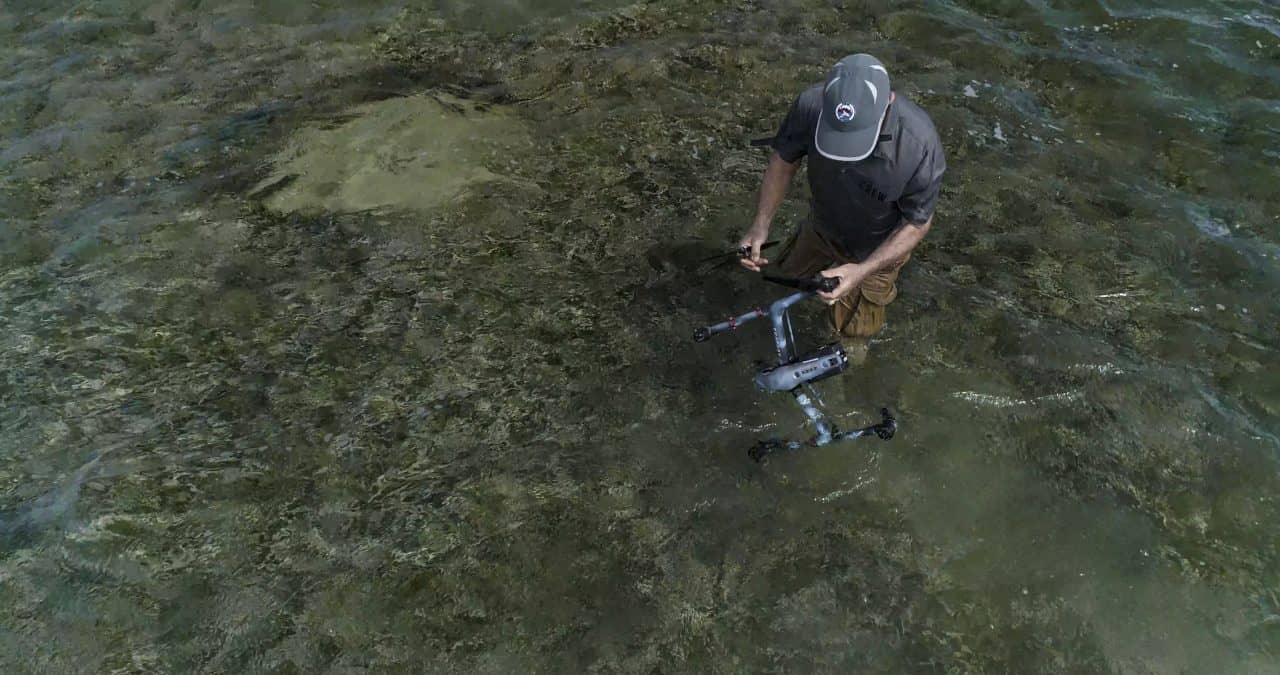 The German film crew are great and we were all in the same boat today – both literally and figuratively. We were able to shoot some B Roll (background scenes) and they liked the idea of the struggle and think that it will make for a better story 🤨.  Tomorrow is their last day so the pressure is on.

One hilarious thing happen as we were driving into Samana, it turns out that a huge percentage of the economy of Samana is based on whale watching. There is so much competition for business that they have people on motorcycles (called motoconchos) who ride up next to your moving car shouting “Ballena” (whale), trying to sell you whale watch tickets. Chris caught this happening to me on video.

We have been told that the weather will be better tomorrow so I am trying to take some solace from a quote by Marcel Proust, The Guermantes Way