Offshore Chaos in the Gulf (Part 1) 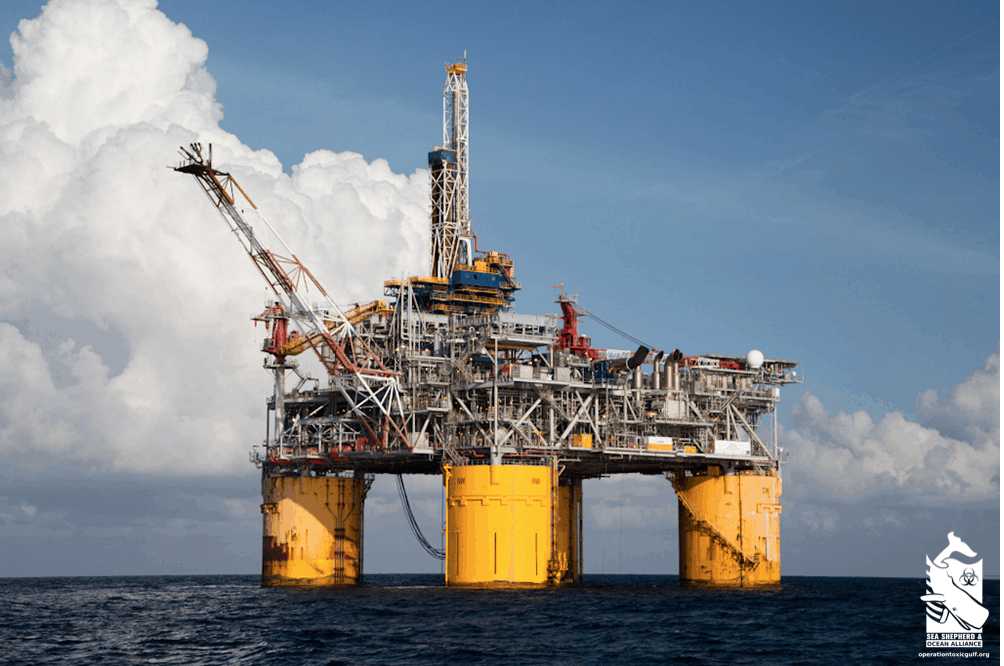 Ocean Alliance President Dr. Roger Payne is currently on the RV Odyssey in the Gulf of Mexico for Operation Toxic Gulf, our joint campaign with Sea Shepherd USA, to study the effects of the Deepwater Horizon disaster on the whales of the Gulf. Here he gives an account of the man-made world in which the Gulf wildlife must coexist:
Friday July 11, 2014

I am writing this from 80 miles out in the Gulf of Mexico where you might safely imagine that so far from land there ought to be just us and the sperm whales in the perfectly mirror calm seas that have surrounded our boat Odyssey (Ocean Alliance’s research vessel) all day. However, what surrounds us way out here, so far from land, feels more like another major waterfront with traffic coming and going as it services a line of oil rigs that stretches like beads on a chain to the horizon.

There is only one rig in sight with a drilling tower on it so most of them must already be attached to successful wells that are producing oil and gas. Some of the rigs are flaring off clouds of burning gas… just throwing it away. If you or I bought enough gas to create a display like that in our back yards we’d be broke in a few hours. But what the hell, it’s the oil world here, where people are big, and oil is plentiful, and money and crude are flowing, so who gives a damn about that, or the future, or the planet, or whether we’re acidifying the seas, or little niceties like quality of life, or whether the rest of earth’s creatures can survive our ever-so-natural rapacity?

The rigs are massive, multi-story platforms mounted on top of up to four giant, vertical cylinders, tens of feet in diameter that provide the flotation to keep the multi-storied decks high above the biggest storm waves. At least that’s the idea; but who knows whether they will prove to be high enough to survive the waves of future global warming storms?

These stadium-sized structures are covered with lights of several colors, most are white but many are red and green. From a distance they look like rockets on launch pads awaiting a countdown, or like giant Christmas trees. You might assume that these ship-sized floating structures must be anchored to the bottom, and although many are, I suspect that in areas where the bottom is more than a mile down that some aren’t. In such deep water a technique called dynamic anchoring is sometimes used—I suppose that GPS signals are used now but years ago dynamic anchoring involved placing pingers around a rig that gave off loud, precisely timed pings. By measuring the elapsed time between the arrival at a microphone on the rig of the pings from several pingers a computer calculated how far the rig had drifted from directly above the well head and turned on motors to drive propellers that could swim the rig back to where it belonged. Dynamically anchored rigs dance around on a tiny imaginary dance floor that’s located a mile or more above the sea floor. 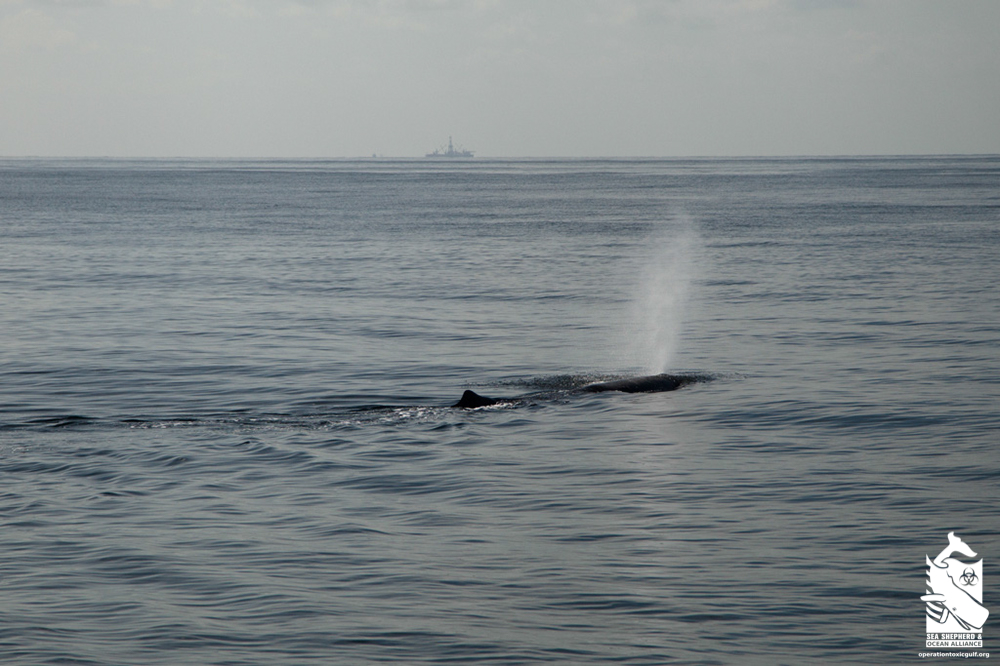 And far beneath us in this silver sea, the sperm whales move quietly, as they fossick about between the oil platforms that are the destinations for the myriad boats that attend them, as well as the sports fishing boats that would never come out this far unless the oil rig flotilla was present—but which do come out now because even though its a long trip, once you’ve covered the miles I guess it seems a lot like home, even though it’s way way out of sight of land. But the fishing’s better because there are fish that congregate beneath the rigs.

Tomorrow I will have more to say about why we’re here.