Our Ocean Conference —The Miracle of 2016 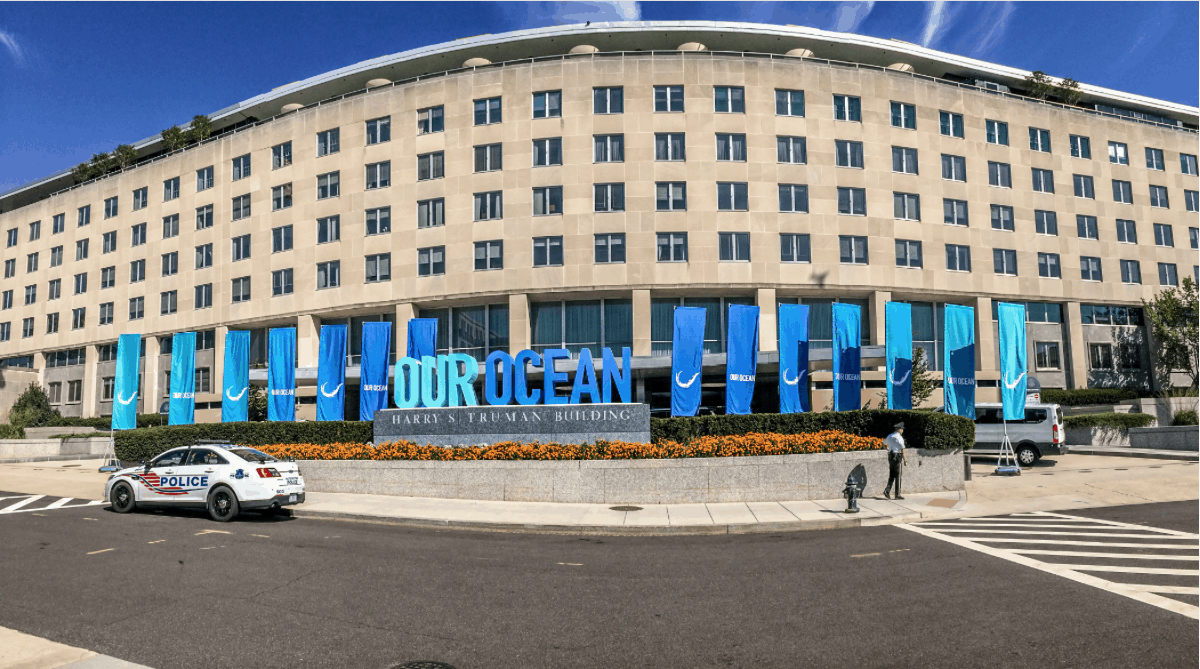 I spent last week in Washington, DC where I attended the Our Ocean Conference. I was surprised to see how consequential this meeting turned out to be. Although I have been to dozens of international conferences in my long life, no other meeting ever left me with such hope. To be blunt, I usually regret the time I spend attending conferences, as many seem to me to be a nearly seamless waste of time. But this was different—shockingly different!

The feeling in the room was electrifying as leader after leader from country after country stood in line waiting to announce that they were pledging some incomprehensibly large amount of money, and/or setting aside some incomprehensibly vast square mileage (some pledged their entire Exclusive Economic Zones) as a Marine Protected Area where fishing would be restricted. It was a powerful start at repairing some of the damage our species has done to marine life.

During the conference a total of more than 5.3 biliion dollars (U.S.) was pledged for ending ocean pollution and IUU fishing (Illegal, unregulated, unreported fishing) as well as for maintaining existing Marine Protected Areas (MPAs) and establishing new ones.

The reason I find this so consequential is that almost anything that makes the news these days has two characteristics: it is usually bad news, and in the rare cases that it is good news it only benefits one species, ours. This time it was extraordinarily good news and it will benefit all life on earth in wonderfully positive ways.

I, like so many other invited guests had decided to follow my wife’s advice and go, although I had all-but-no hope that it would be of any consequence. But by the end of the first day I stood speechless… awestruck by what we had all just witnessed.

And then came the second day, and it outdid the first!

I, of course, realize that in order to have this unprecedented growth of interest in ocean health bear fruit, the protection of MPAs will have to be enforced. I see the main player in this effort as the Sea Shepherd movement with its new focus on helping developing countries police their MPAs by offering local law enforcement officers a chance to get out to where the poachers do their dirty work and arrest them at sea and in the act. I see this as a particularly powerful direction for marine conservation organizations to follow, which is why Ocean Alliance is pleased to be cooperating fully with this pioneering work by the Sea Shepherd movement. 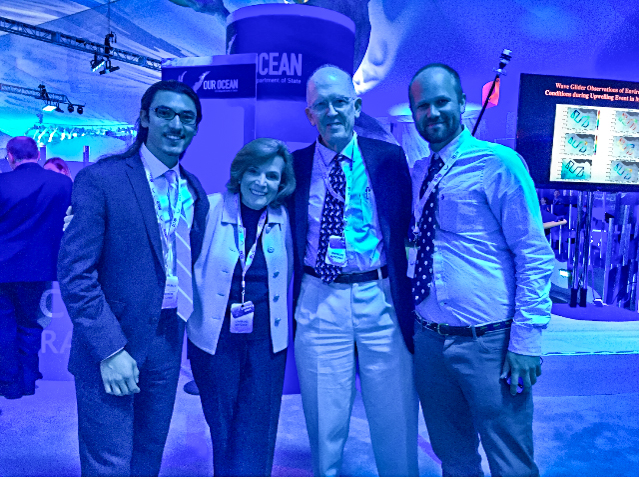 Ocean Alliance’s recent emphasis is on perfecting the use of drones to assess populations of ocean life—seen most famously in the success of Iain Kerr’s SnotBot. Taking such a step follows smoothly in the wake of our global Voyage of the Odyssey in which we made the first global assessment of how badly toxic metals and several synthetic molecules are contaminating sea life… worldwide. That exercise proved our efficacy in assessing the extent of ocean pollution and we plan to scale it up so that other entities can monitor their MPAs—but can do so by sampling the blows of the main indicator species, whales, rather than by taking skin/blubber biopsies.

But identifying problems is just the beginning. We need to find ways to solve those problems in ways that are scalable. As our global “Voyage of the Odyssey” clearly showed, the two major sources of the contaminants that affect ocean life come from: 1) Big Industries that follows the practice of dumping their wastes into the air which then carries the contaminants into the sea, and 2) Big Agriculture—principally synthetic fertilizers, pesticides and herbicides that are washed into rivers and from there down to the sea where they get into all ocean life.

The word miracle is much overused, but if you witnessed one, as I did last week, what else can you call it? I had never dreamed of seeing what happened at last week’s conference. Listening to the comments of the participants it became clear that of the many conference organizers who worked so hard to achieve the result, Secretary of State, John Kerry stood out. It was his ability to encourage a kind of friendly rivalry among sovereign nations as to who could promise the biggest percentage of their physical and fiscal resources to improve ocean health (a kind of marine potlatch) that created what I believe should be called The Miracle of 2016. 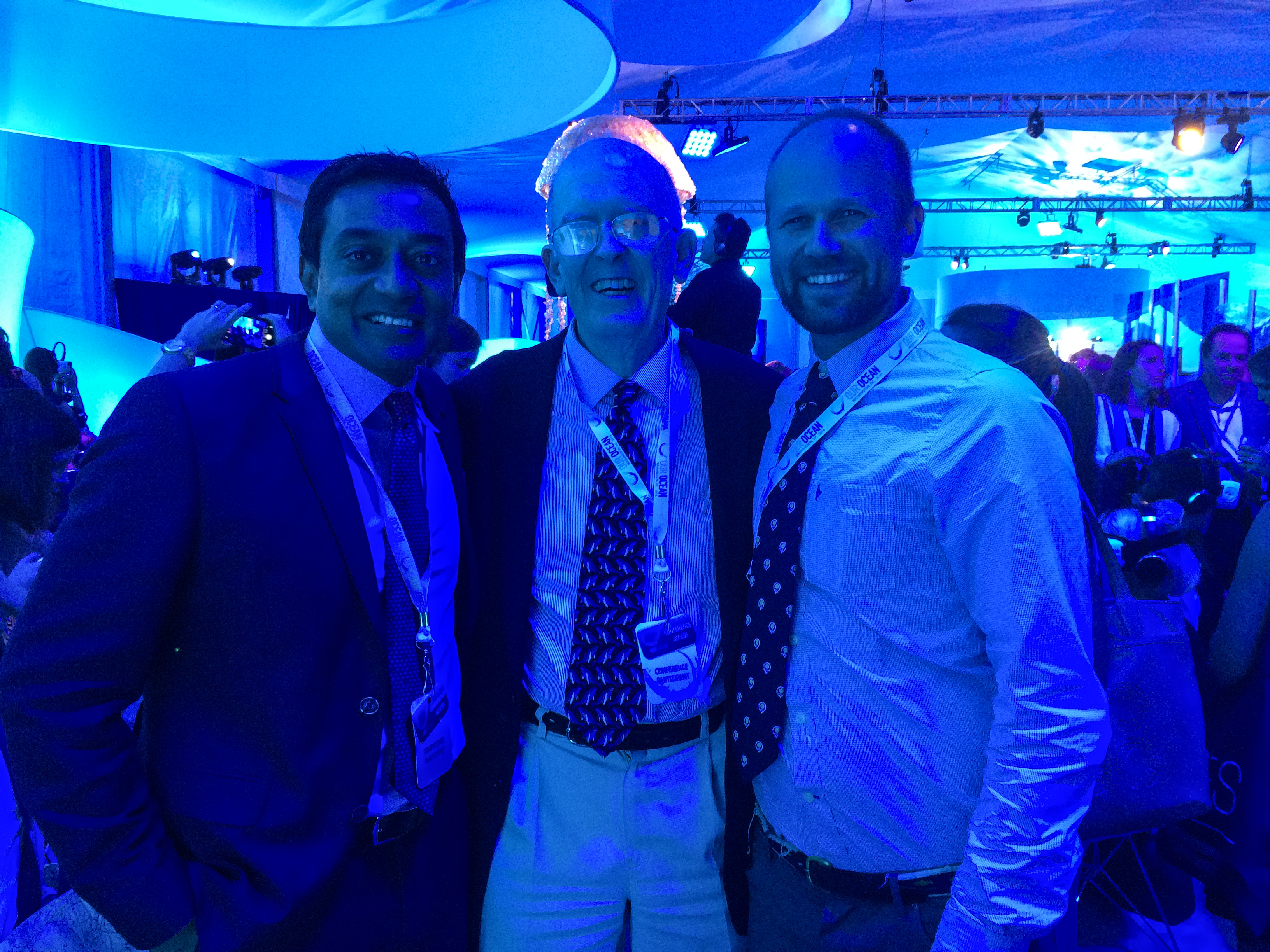 In the interests of full disclosure, neither Ocean Alliance nor I have asked for, nor stand to receive any financial benefit from the State Department, and although I have shaken his hand, I could easily forgive Secretary Kerry if he didn’t remember me from a sea cucumber. The man deserves our deepest, collective thanks.

What is now most obvious is that this brilliant start needs to be funded generously by governments and foundations as well as by everyone with the vision to see the peril our future holds unless we take the trident that Kerry has passed to us and brandish it as though our lives depended on it. In fact, they do.