Are you Listening, Rex Tillerson? 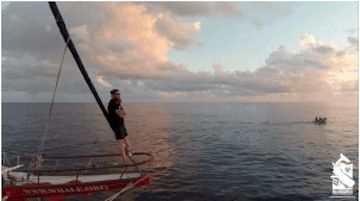 On the RV Odyssey at the Deepwater Horizon Site
July 14, 2014
This evening we had a celebration over the fact that we got our 50th biopsy today. The goal from the start has been to get a minimum of 50 biopsies and with two more trips to go we anticipate that we’ll be well over that mark. We celebrated with a key lime pie made by Marc Rosenberg, our cook. It was all delicious: the pie, the sunset, the sense of accomplishment, the breeze, the billowy evening clouds. The celebration took place as we headed for our annual visit to the site of the Deepwater Horizon—the drilling platform where 11 people died during the 2010 BP oil blowout.

When we reached the spot there was nothing to see. Last year when we visited there was a production platform moored above it, with other platforms in the middle distance. This year, absolutely nothing, just empty ocean for miles in all directions. As Iain pointed out, here we were, afloat on a beautiful, calm sea enjoying key lime pie—a scene of peace and tranquility—yet beneath us lay a titanic tangle of scorched and twisted metal which if we could see it would look like the wreck of the Hindenberg; and crisscrossing the bottom to the horizon and beyond was a vast grid of pipes collecting oil from wellheads. But out of sight is out of mind—the very thing the oil companies count on. It is what they are counting on when they spray dispersants on the oil with the full knowledge that they are not solving the problem of how to get rid of it, they are just solving the problem of how to get it out of public view… and thereby out of public concern. 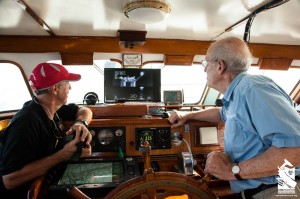 Tonight Iain called me up from my cabin to have a look at the oil platforms around us from the bridge. Some were 24 miles away (we confirmed the distance with the radar) but from the chart it was clear that they were all in water more than 6,000 feet deep. They were below the horizon but we could see where they were from the glow they made above it. Ten were visible from our position. It is clear that the oil companies are drilling in water just as deep as the Deepwater Horizon well was.
So nothing has changed. And thus, there’s every chance that we’ll see the past repeat itself.
It is totally depressing.

But changing that is why we’re here. It is time for corporations to admit their mistakes, instead of denying them or sweeping them under the rug. We need to investigate them and find out what went wrong, so we can avoid repeating them. 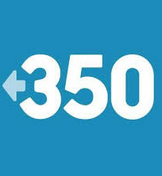 But given the current state of affairs, that process will fall far short of what is needed: we need to stop denying the peril that human civilization faces. As author and 350.org founder Bill McKibben notes so clearly, we must realize that if we are to prevent earth’s temperature from rising more than 2 degrees Celsius by mid century we can only put a further 575 gigatons of carbon dioxide into the earth’s atmosphere. Although the world’s most prominent climatologist, James Hansen calls agreeing to allow temperatures to rise by as much as 2 degrees Celsius by mid century is; “a prescription for long-term disaster,” it’s the only action on climate change that the world has managed to agree on. It was part of the 2009 Copenhagen Accord, which has now been ratified by 167 nations.

However, the oil companies and the countries that act like oil companies, e.g. Venezuela and Kuwait, possess proven coal, oil and gas reserves that would produce a total of 2,795 gigatons of carbon dioxide if burned. That is 5 times higher than the 575 gigatons of carbon dioxide that the atmosphere can absorb without the world’s temperature going higher than 2 degrees Celsius. 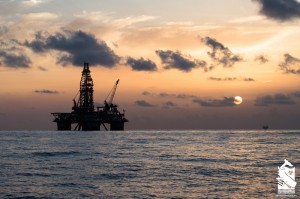 The value of the fossil fuels that would produce those 2,795 gigatons of carbon dioxide is $27 trillion. But to keep from destroying life as we know it, scientists are saying we should leave 80% of it in the ground. The big question is: how can the fossil fuel industry be convinced to leave 80% of their proven coal, oil and gas reserves in the ground? The answer is simple: only by being willing to lose about $20 trillion—i.e., 80% of the value of their companies. And what do you think are the chances of convincing them to do that?

After making the above calculation, McKibben notes:
“Given this hard math, we need to view the fossil-fuel industry in a new light. It has become a rogue industry, reckless like no other force on Earth. It is Public Enemy Number One to the survival of our planetary civilization. ‘Lots of companies do rotten things in the course of their business – pay terrible wages, make people work in sweatshops – and we pressure them to change those practices,’ says veteran anti-corporate leader Naomi Klein…, ‘But these numbers make clear that with the fossil-fuel industry, wrecking the planet is their business model. It’s what they do.’”
“According to the Carbon Tracker report, if Exxon burns its current reserves, it would use up more than seven percent of the available atmospheric space betweenus and the risk of two degrees. [Yet] in early March, Exxon CEO Rex Tillerson told Wall Street analysts that the company plans to spend $37 billion a year through 2016 (about $100 million a day) searching for yet more oil and gas. There’s not a more reckless man on the planet than Tillerson.” 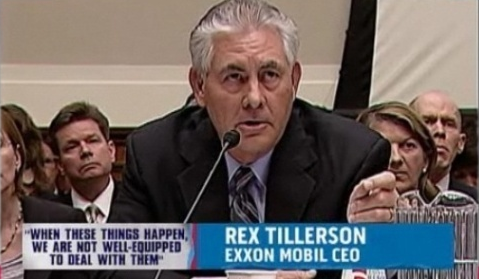 The most urgent threat we face today is not terrorism, not loss of jobs, not global jihad, not pandemics of rogue viruses, it’s the madness of a fossil fuel industry that continues to put all of its energy and resources into pushing fossil fuels instead of investing a great percentage of their profits and talents in developing sustainable alternatives to power the future. Fortunately we already know that there are several things that could work (wind, solar, tidal, wave, and geothermal power for example).  Unfortunately, the decision to implement their development is in the hands of politicians whose sole interest seems to be in getting reelected—a goal for which they will sell themselves to the highest bidder—often fossil fuel companies. It is time to focus our major attention on leaving fossil fuels in the ground. It is time for oil companies to stop their madness and to put sums like the 100 million dollars a day they are planning to spend on drilling for yet more oil and gas into commercializing renewable power sources.

The captains of the fossil fuel industries are ignoring a fantastic opportunity—the greatest the world has ever offered any corporate heads: by seizing it they could become actual superheroes, making Superman, Batman and Spider Man look like lay abouts. For they could actually save the world rather than destroying it. And best of all, by doing so—and here, Oh my Best Beloved, is the real pay off… by doing so, they would not experience the hatred of mankind, but its adulation and all the while they would be making far more money for themselves.

Are you listening Rex Tillerson? You could actually save life on earth, get even richer, and make all of us and generations to come love you. 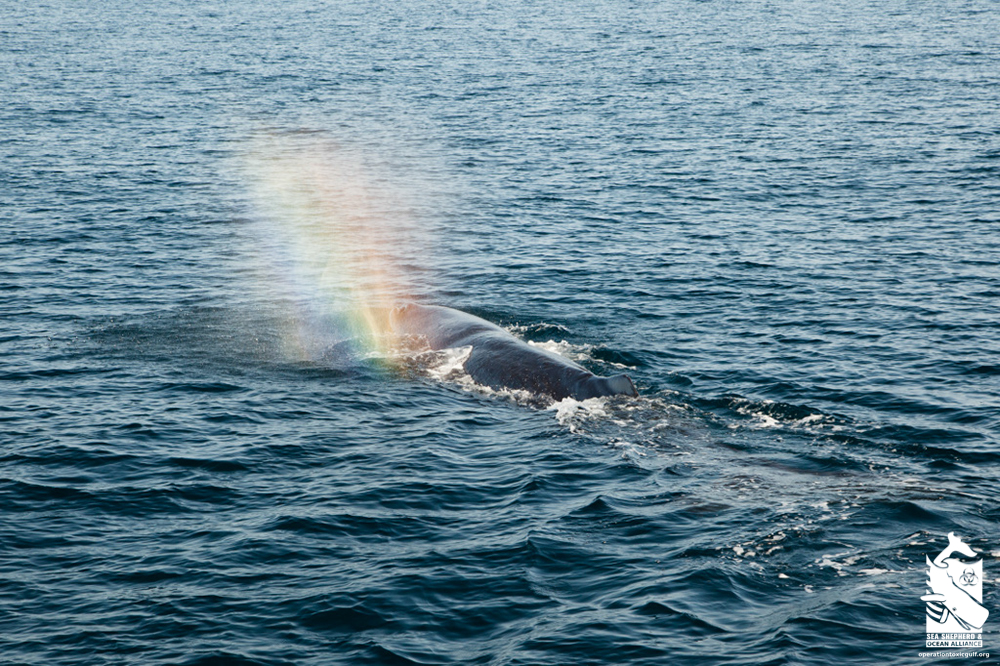