Gloucester, Gabon, and Beyond 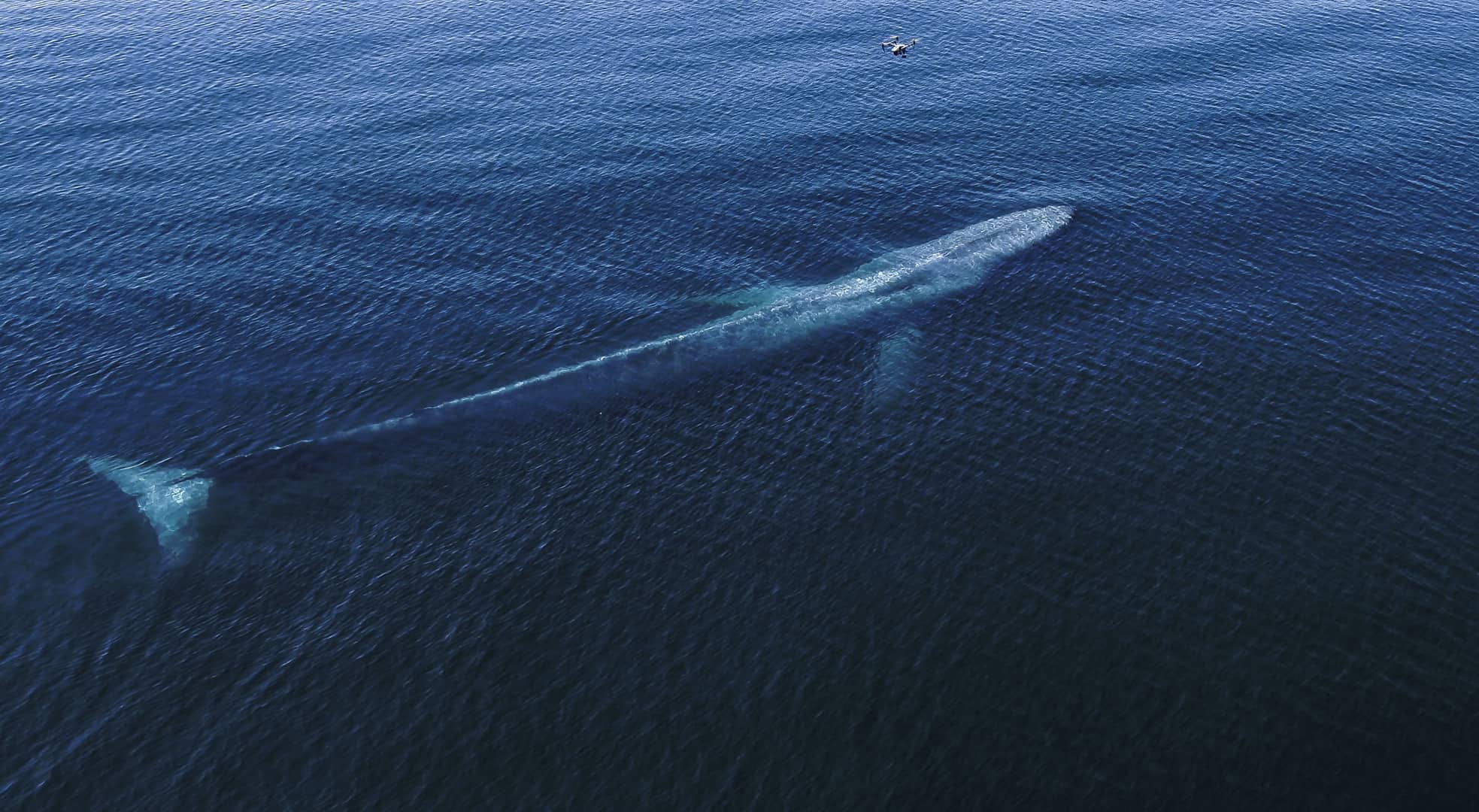 An update on SnotBot: The good news is that things are going well at Ocean Alliance.

TED recently published what I think is one of the best stories on the Parley SnotBot to date.

A few weeks ago a BBC Film crew went to South Woodstock, Vermont, to interview Roger about his life and work. Following that, Annie Minhoff (from NPR’s Science Friday) visited him to do a story. Roger also did a very nice piece earlier this year with the BBC show Witness, called When the World Sang with Whales.
We have been running Parley SnotBot expeditions out to the whales on Stellwagen Bank to test new equipment, protocols and methodologies (note the attached photogrammetry image). 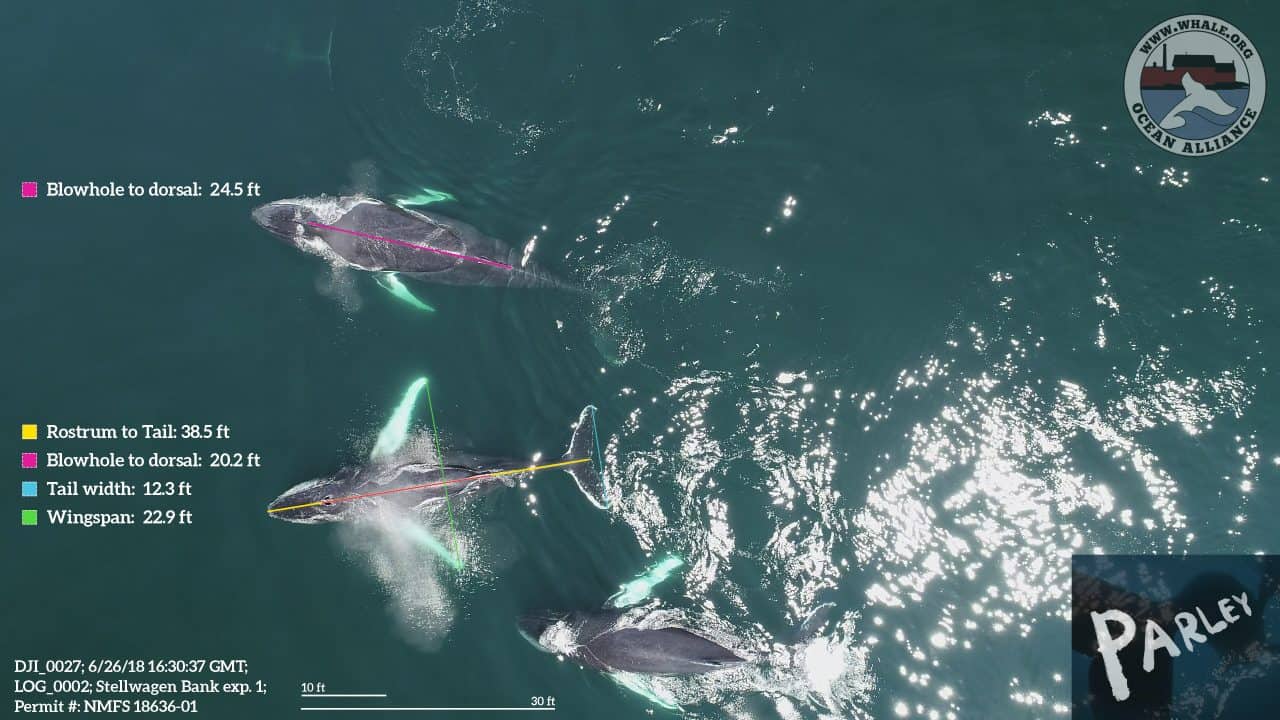 I did write a general blog at the start of this season which can be found here.  It has been a real pleasure to work directly out of our headquarters. We did manage to collect a snot sample from a fin whale (below); this means that we have successfully collected snot samples from 6 different species of whales. 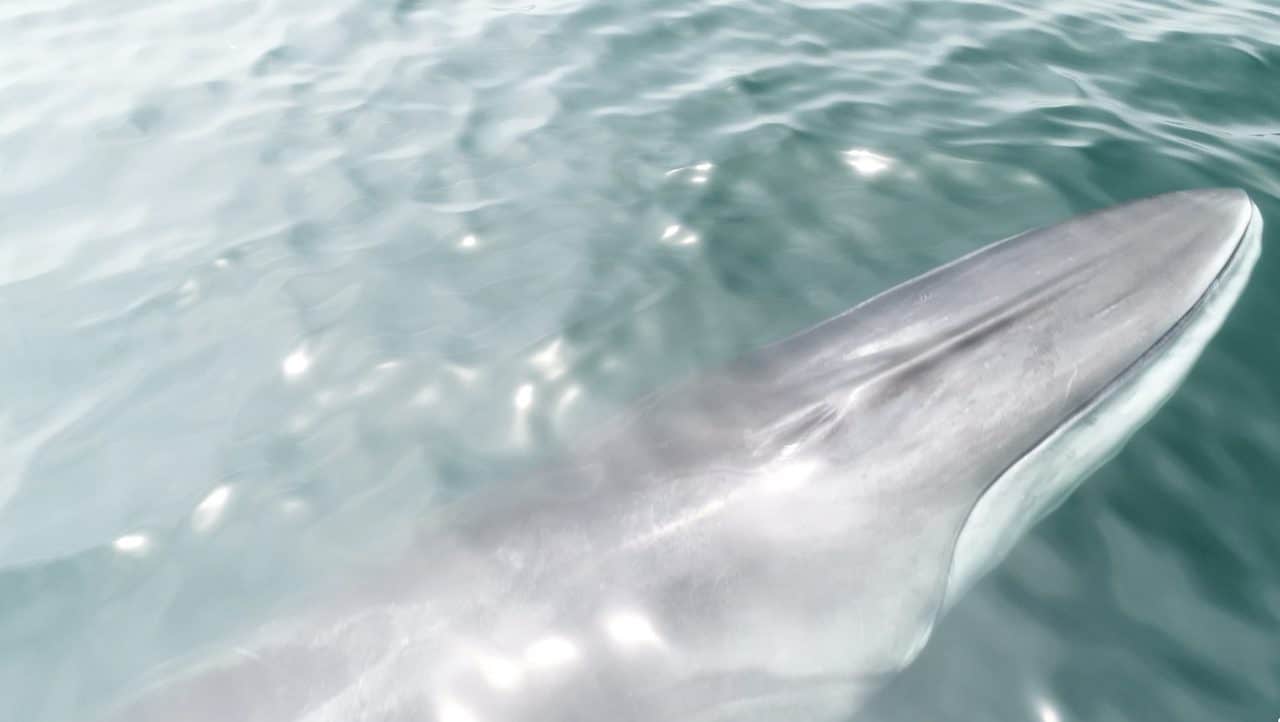 It is also exciting that the Parley SnotBot now has four distinct scientific legs to stand on: 1. The biological data (snot!), 2. Behavior/photo-ID, 3. Photogrammetry and 4. FLIR/Thermal. We have a new Robotics Program Manager, Chris Zadra, who is helping on all these fronts. On top of that of course is the science communication/educational aspect; after my UN talk this summer a friend said to me that she was very happy that we were helping to make science and learning more accessible globally! 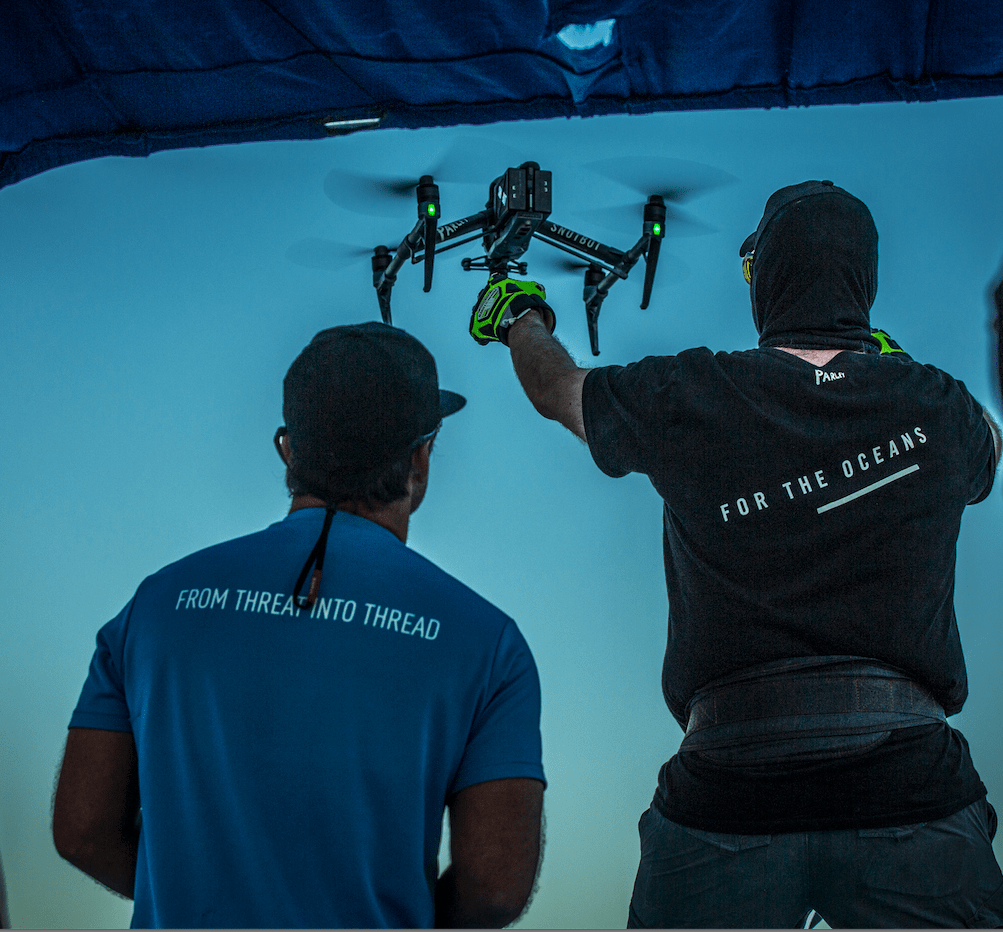 I am very happy to report that we are off to Gabon, West Africa in 12 days. We had planned to visit Gabon with the Voyage of the Odyssey in 2005, when we were just North of the Cape Verde Islands we realized that this would likely cost over $250,000, so we crossed the Atlantic and visited the old whaling grounds called the Twelve Forty Grounds instead.  You can read a blog on the Twelve Forty Grounds that was originally published in May 2005 on the PBS website here.

The whale population in the Gabon region was decimated by commercial whaling, but the whales are thought to be on the rebound. Gabon is not an easy place to get to, and thus its whales have not seen the type of attention that they might see in many areas of the world. To me this is the epitome of a perfect Parley SnotBot location. We plan to work with humpback whales, but sperm whales and right whales have also been seen at this location (so fingers crossed). We will be working with the local conservation authorities ANPN, CENAREST, and Gabon’s Space Agency – AGEOS. Our work in Gabon is going to be documented by the BBC in a show called The Equator from the Air. We will also work with the Wildlife Conservation Society (WCS). They have a great webpage on Gabon if you want to learn more:https://gabon.wcs.org

Building restoration work continues at the Paint Factory. Prior to hosting the I Am More art show, which drew attention to mental health issues, we laid new concrete floors in buildings A and B. Tobias Richon, our contractor, commented that ‘we are now out of the dirt!’  We are still in discussion with the Economic Development Administration with regards to building/funding a co-work/innovation/maker-space at our site, and we are going through the permitting process to put 136 feet of docks outside of our facility.  Once completed both of these initiatives will constitute significant revenue streams for OA.

Last but not least, Vicky Rowntree and ICB are in the final preparation stages for the 48th annual right whale season in Patagonia!

I could not write a blog without attaching a few of Christian Miller’s amazing photographs (top and below). Thank you all again for your interest and support of this work!The next series of blogs will be coming from Gabon, West Africa!! 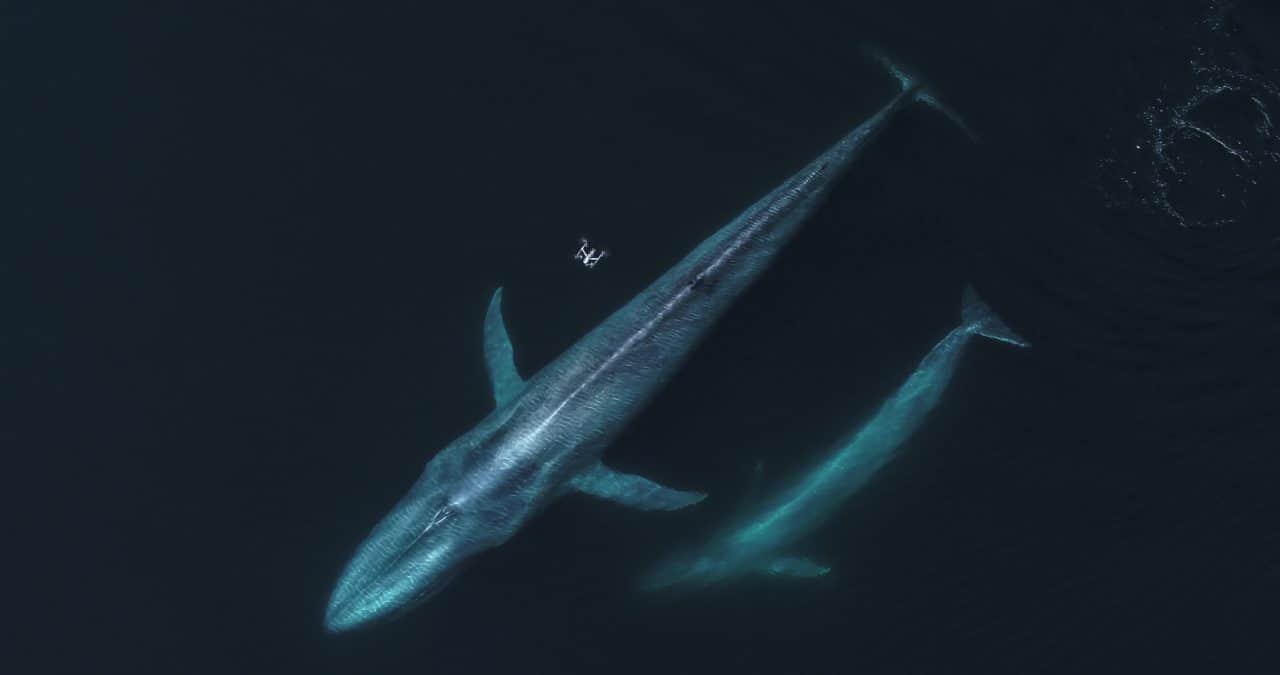 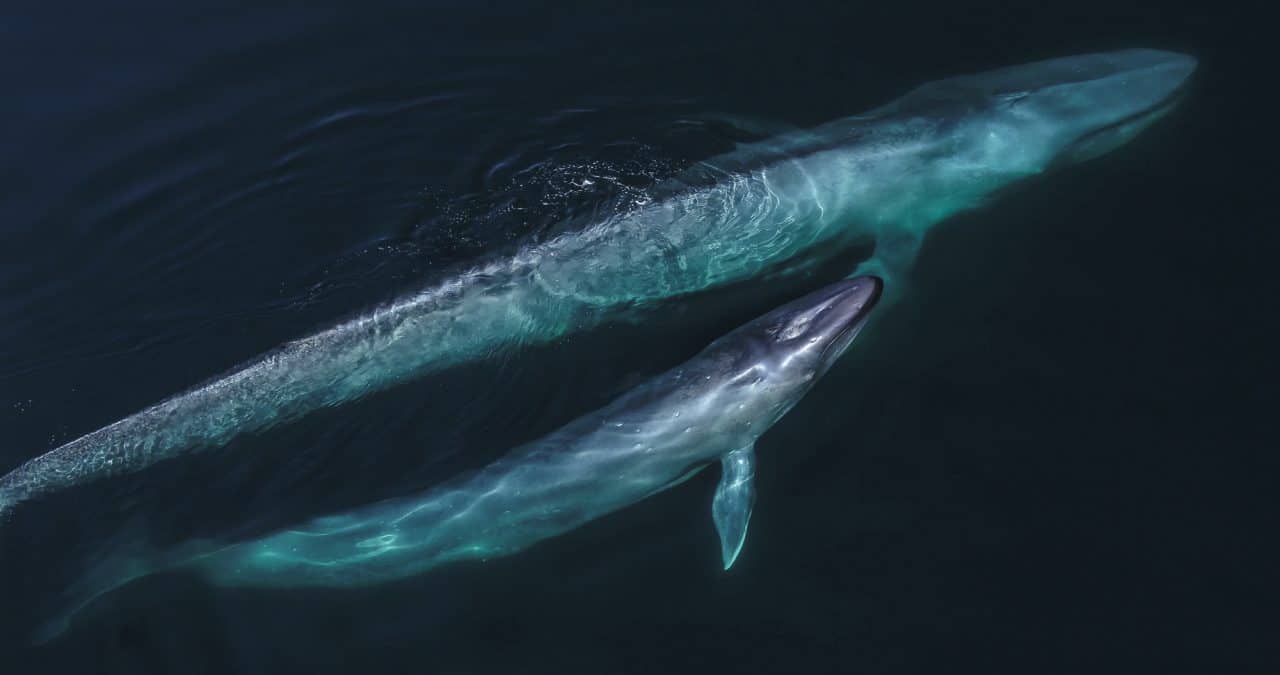