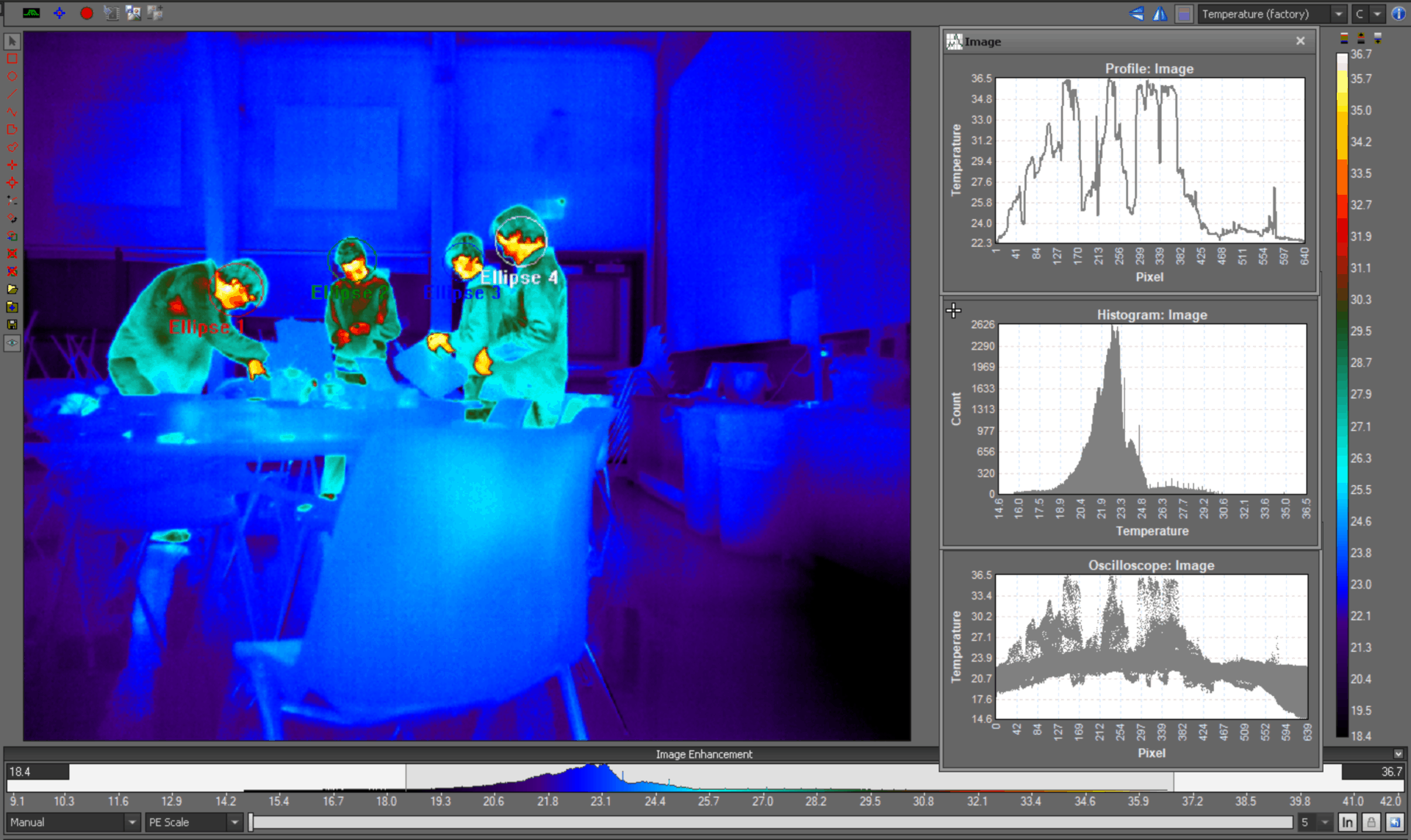 Thanks to the generous support of the FLIR corporation, we are using FLIR thermal imaging to get a different window into the lives of whales.  FLIR offers a data analysis software package called Research I.R. This package allows you to interrogate information captured by the FLIR cameras.  Our new friend Chris took some photos during our last robotics club meeting and here is his analysis:

The photo above of kids working on their racing drones was taken at the weekly robotics club meeting. We used FLIR’s Reasearch I.R. software to analyze the photo, which was taken with the Zenmuse XT camera. Look at all the data we get from the photo!

FLIR’s ResearchIR software allows us to get the temperature value for every pixel in a still image taken by the Zenmuse XT camera. That’s 327,680 individual temperature values. The goal is to use this technology to take the body temperature of a whale by imaging the blowhole as the whale surfaces for air. Recording the temperature of a whale is something that has never been done. With new drone and thermal imaging technologies from DJI and FLIR, Ocean Alliance will be able to collect so much more data about a whale’s health than researchers have ever been able to get before.