Five generations of one whale family 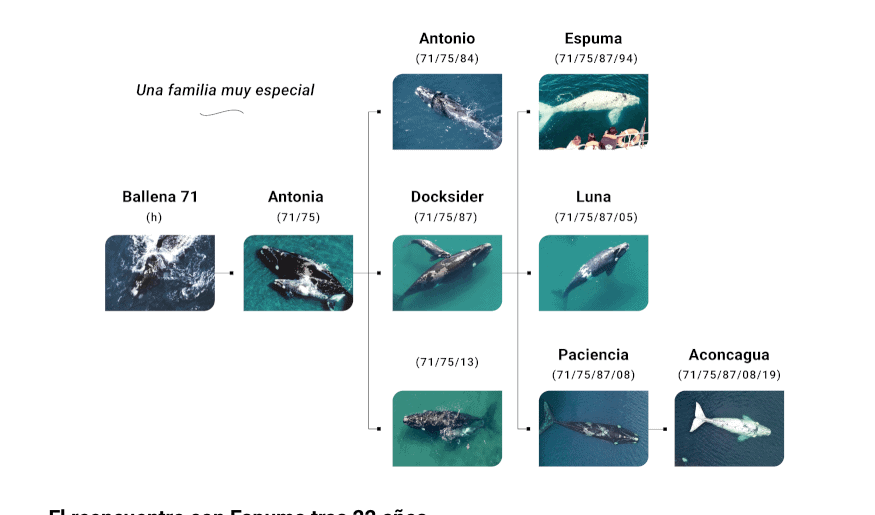 Among the 3,800 right whales identified off the coast of Península Valdés, there are some five-generation family groups, including that of whale 71. Dr. Roger Payne started the Southern Right Whale Research Program exactly 50 years ago, when he discovered that he could identify individuals of this species from the pattern of calluses on their head. Since then, Vicky Rowntree has photo-identified most of the right whales in this population.

It was at the beginning of this program, in 1973, when Roger identified an adult female, whale 71. Thanks to the annual continuity of aerial photo-identification surveys, we were able to identify her with calves in six different years. One of the calves of whale 71, which was born in 1975, attracted attention for the white spots on her  back and was named Antonia. Roger Payne gave that name in gratitude to Antonio Torrejón, who was Chubut’s Minister of Tourism and collaborated with him to start this photo-identification program five decades ago. 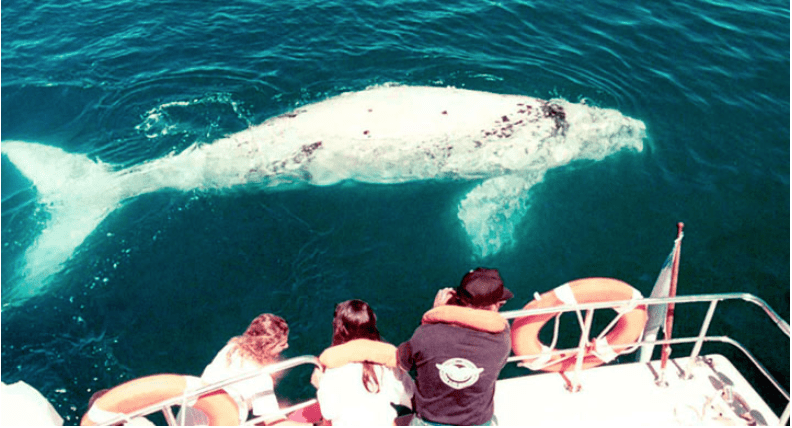 Antonia, the 71/75 whale in the catalog, grew up to become a very prolific mother, who had at least nine calves in the coastal waters of Península Valdés, the last born in 2013. A very particular characteristic of this whale is the white spots on her back, that are hereditary and are transmitted to her offspring. And this is demonstrated by Docksider, her calf born in 1987 and mother of Espuma (above) and Paciencia. She received the name Docksider because when she was young, Roger photographed her near the pier in Puerto Madryn. This behavior is typical of juvenile whales, which are very curious and often play in unusual places.

Docksider, after being a very young mother of Espuma at 7 years of age, was seen again with a calf in 1999, 2005, and 2008. Her last calf and younger sister of Espuma is Paciencia, who was one of 23 whales tagged with satellite trackers during the 2019 season. At 11 years old, Paciencia was in the Nuevo Gulf with a beautiful gray calf (below), just like her uncle Espuma,  whom the team of researchers from the “Following Whales” project named Aconcagua. 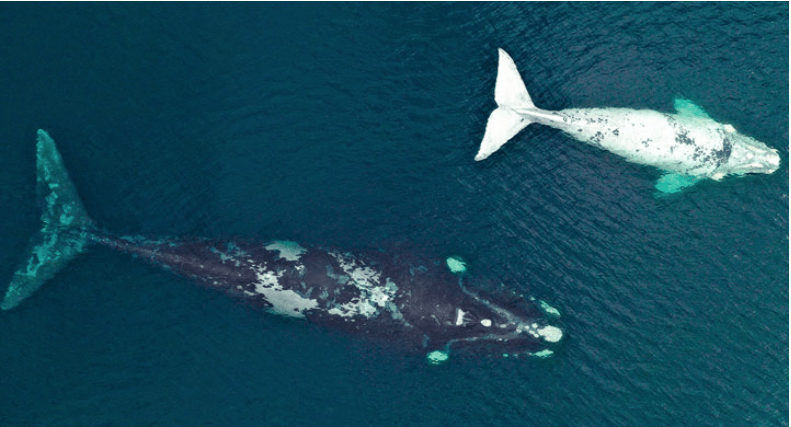 Patience and her calf traveled 17,663 kilometers during the 190 days that their tracker emitted signals. Upon leaving the Nuevo Gulf, she traveled a good part of the Argentine continental shelf and deep-sea areas about 1,000 kilometers east of Peninsula Valdés, where she spent several weeks feeding. Espuma, which was tagged with a satellite tracker during the 2017 season of the “Following Whales” project in the vicinity of San Antonio Oeste (Río Negro Province), preferred to feed in areas off the provinces of Buenos Aires and Santa Cruz.