Whales and dolphins (small toothed-whales) today face more threats than ever before, and these threats – from pollution, ship strikes, entanglement in fishing gear, noise pollution and climate change – are intensifying. While some species are healthy or have recovered from the effects of commercial whaling, others remain critically endangered. It seems the vaquita will soon go extinct; the North Atlantic right whale is not far behind. We are failing in our attempts to save these animals. To protect them and secure their survival, we need to better understand the threats they face and how these threats are impacting the animals.

We need more data and better data. But collecting robust data on marine mammals is expensive, and researchers must take great care to make sure the act of collecting the data doesn’t interfere with or hasten the demise of these animals. Marine mammal science needs a data-collection revolution. At Ocean Alliance, we believe this revolution is drones. 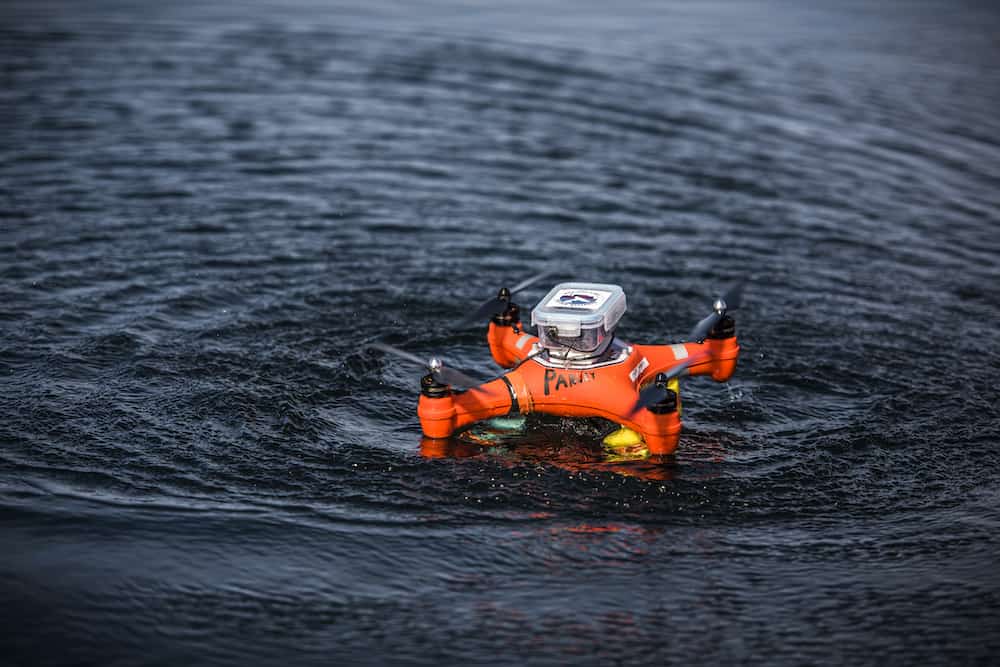 As we spent more time using drones to study whales through the SnotBot® program, we realized how many other applications drones might have in marine mammal science. This led to the Drones for Whale Research (DFWR) program.

The range of data we can collect with just a single affordable tool is staggering. Using our waterproof EarBot™ drone (above) we have collected bio-acoustics data on whales.

The biggest advantage to a drone is the cost. A researcher today using a $1,000 drone can collect data that would have cost $20,000 or more to collect just a decade ago. At this price, marine mammal science is becoming more accessible to researchers, citizen scientists, educators, and policymakers all across the globe.

For us, three programs stand out as having the greatest potential for marine mammal science and conservation, and it is to these programs that we are currently devoting most of our time. 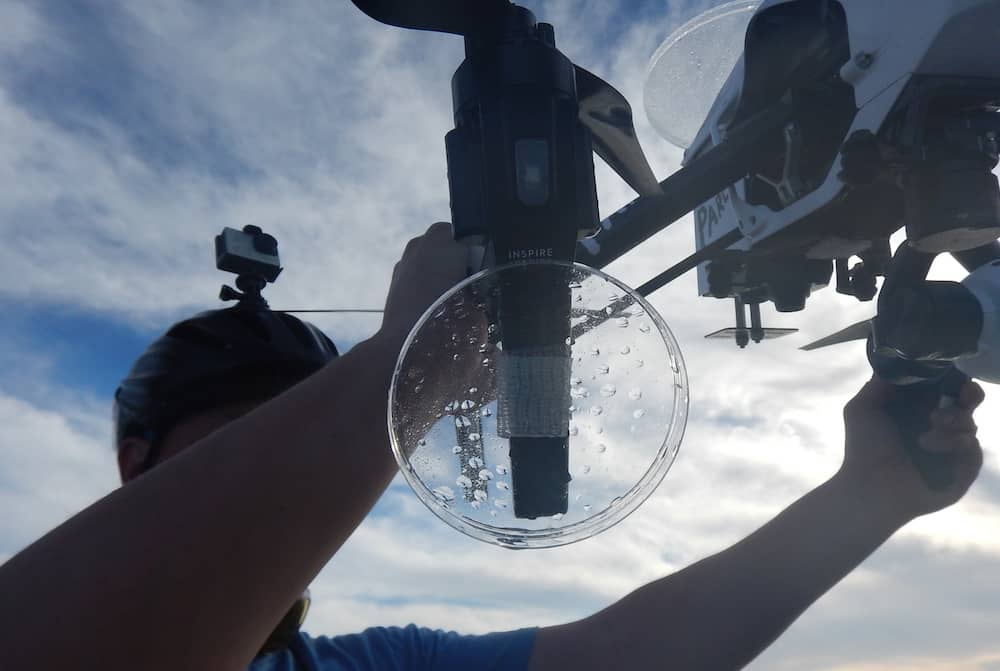 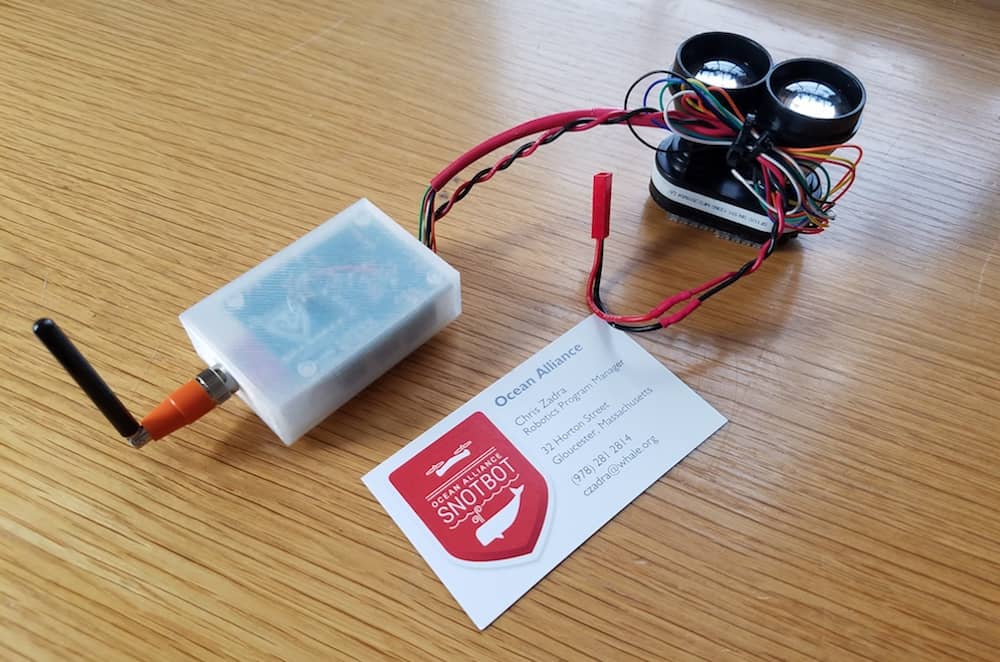 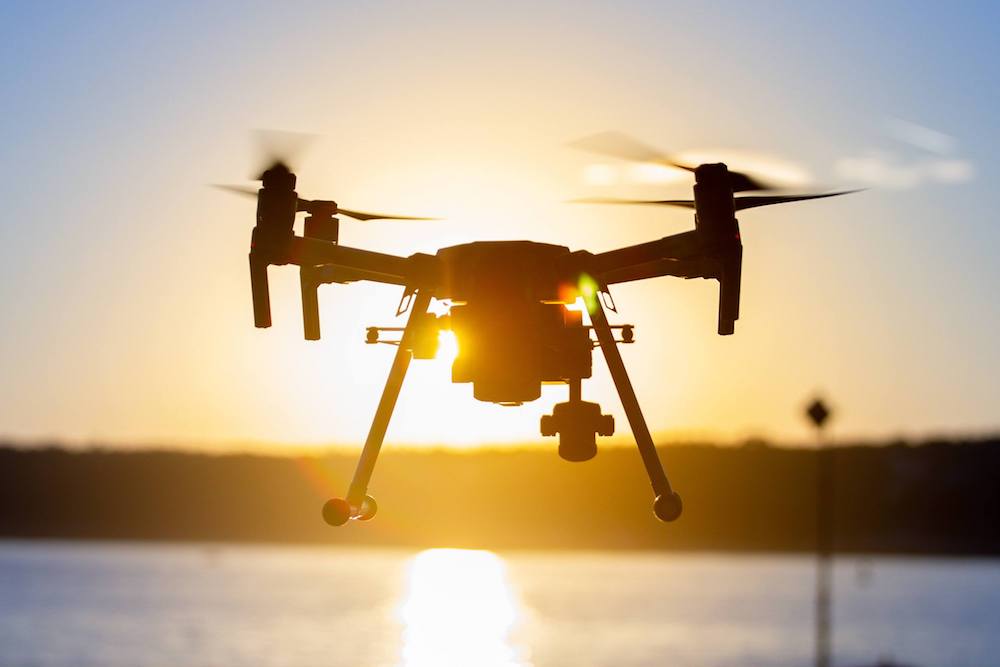 SnotBot®: SnotBot (above left) is a modified consumer drone which flies through the blow of a whale and collects exhaled “snot” on petri dishes. This blow contains a treasure trove of valuable biological information: DNA, stress and pregnancy hormones, microbiomes and potentially many other biological compounds/indicators of the animal’s health and ecology. Best of all, the whale doesn’t even know we are there: This is a non-invasive tool that is safer for the animals and cheaper and more effective for the user.

Photogrammetry: Photogrammetry is a technique whereby a picture is used to determine the size of an animal. By knowing the exact height of the drone and using trigonometry, it is possible to get very accurate readings of the size and body condition of a whale. Body condition is a simple yet remarkably accurate indicator of an animal’s health. Currently height sensors on commercial drones are not accurate enough for this work. Working with our partners we have developed a cheap LIDAR-based height sensor (above center) and are working on a standard format of code to allow others to use this technology. In the past this kind of data was collected using a light airplane or helicopter, both expensive and dangerous. Today, we are giving researchers the capability to collect this important data using a $1,000 drone.

Infrared Imaging: Thanks to a collaboration with FLIR Systems, a leader in infrared camera technology, we now have an exciting program based around infrared studies on whales using a FLIR camera (above right). By using infrared light, we can access a whole range of data forms that a conventional visible-light camera could not detect. Among other ideas, we are trying to determine whale body temperature by using a drone to look down and measure the temperature inside a whale’s blowhole. We are studying injuries by looking at heat variation on the animal’s dorsal surface, and tracking whales swimming underwater by following the cold-water upwellings created as they swim. We even plan to study whale behavior at night.

As the Drones for Whale Research program develops, we plan to: