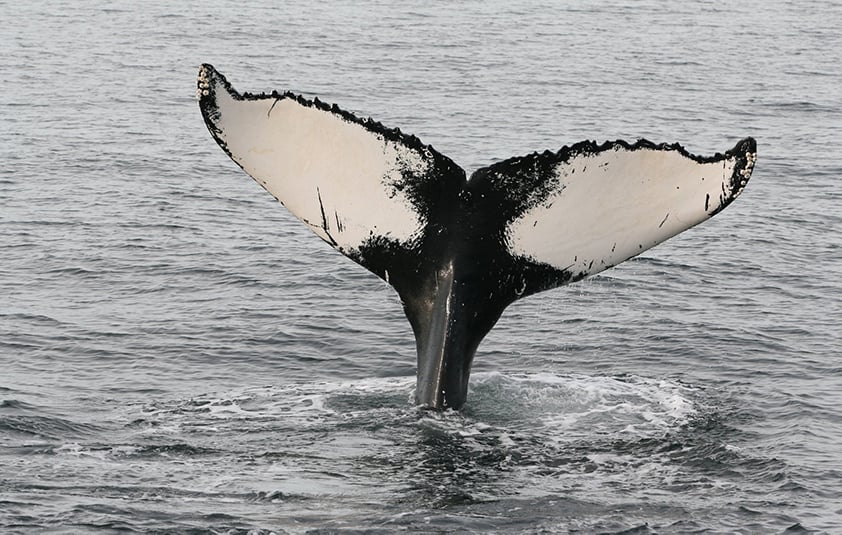 Salt is considered by many to be the Grand Old Lady of the North Atlantic. She is one of the most graceful and majestic of the humpback whales that visit Stellwagen Bank and may be the most famous humpback whale in the world.

Many of Salt’s 13 known calves have been given names that continue the Salt theme: Crystal, Brine, and so on. Salt’s entire family is definitely an exciting one to watch; in fact a children’s book called “Crystal: The Story of a Real Baby Whale” (Salt’s 1980 calf) was written by author Karen Smyth.

If you want to see Salt, try the very beginning of the season; she is usually one of the first whales to arrive on Stellwagen Bank!