Ocean Alliance has more than 2,400 recordings of whale and ocean sounds, recorded from the 1950s to the 1990s. Thanks to the Council on Library and Information Resources, board contributions, and the Coller Foundation, Ocean Alliance has begun to digitize these amazing historical sounds.

These recordings contain hundreds of hours of whale vocalizations from humpback, right, and other species of whales from waters all over the world. The incredible diversity of whales and recording locations make these archives unmatched in scientific existence. The tapes hold valuable clues to changes in the marine environment and soundscape and can be used to compare to the status of the ocean today.

Ocean Alliance is committed to sharing our knowledge with scientists, artists, and the public. Digitized audio recordings of whale vocalizations and marine sounds allow Ocean Alliance to share, inspire, and educate the public and policy makers about whale sentience and the challenges whales face. While many are aware of the diverse terrestrial soundscape, few know about the diversity of sounds created in the marine soundscape. These digitized tapes will increase and enrich people’s knowledge about the health of marine environments. Bioacoustics and soundscape ecology help humans understand animal behavior and ecology, encouraging people to modify behaviors that negatively impact animals and their environments. 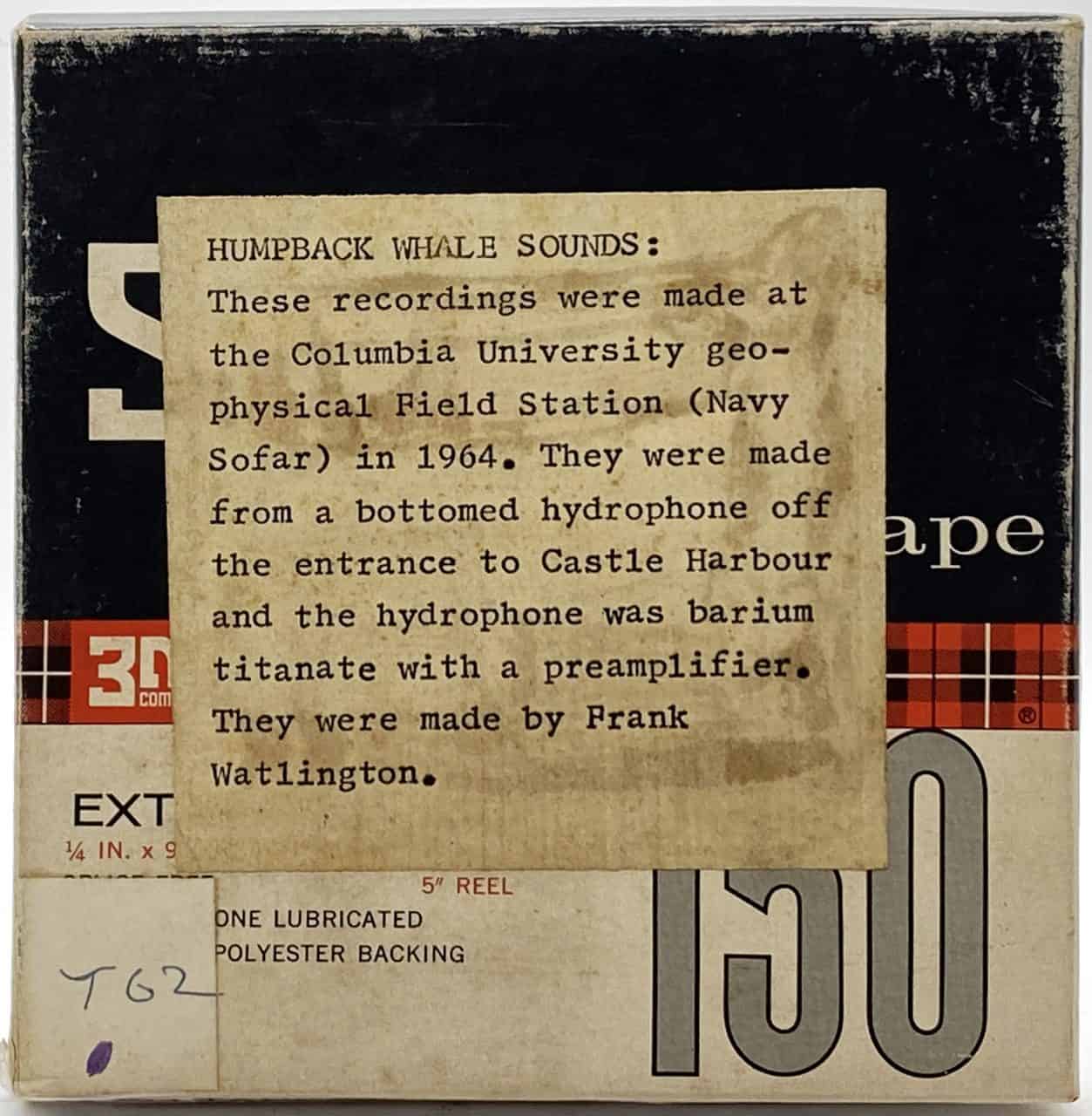 We have added the digitized recordings to a playlist, for easy listening. Each recording file name reflects the new file number, date, location or description, and former reel number. More details for each recording can be found in the lyric box on the playlist. Please note these files are copyrighted by Ocean Alliance, Inc. and cannot be downloaded, reproduced, modified or distributed without prior written permission of Ocean Alliance.  For more information please contact Alicia Pensarosa at apensarosa@whale.org 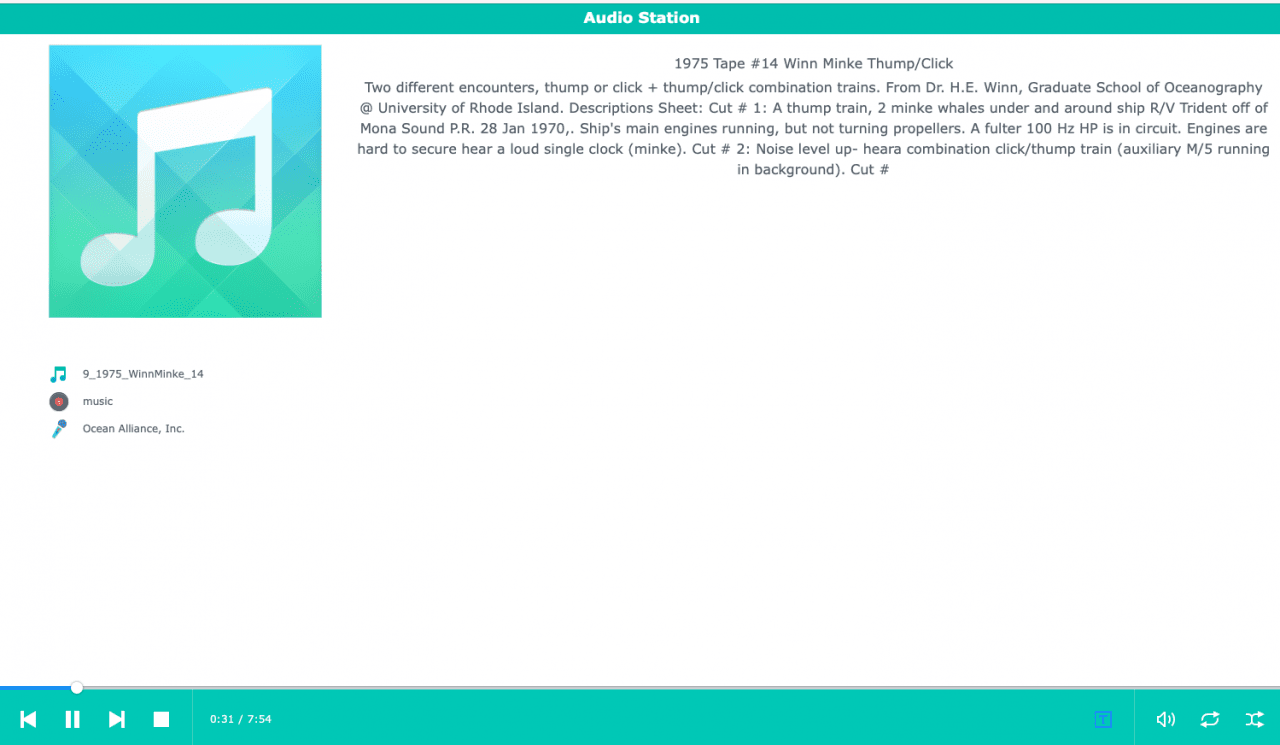 In addition to the MP3 playlist, we have the recordings in 96khz/24 bit WAV file format. If you are interested in using our whale acoustic library files for a research project or for commercial use, please fill out the form below for access to the high-fidelity files.

Please note these files are available for commercial use only with prior written permission of Ocean Alliance and a fee for use. For more information, please contact Alicia Pensarosa at apensarosa@whale.org.

In the 1950s, US Navy engineer Frank Watlington was working in Bermuda at a top secret listening station during the height of the Cold War. Watlington was hearing unusual and eerie sounds coming from the ocean and started recording them. Watlington believed the sounds were being made by humpback whales, but due to commercial whaling at the time, he avoided telling anyone about the sounds, for fear whalers would use them to find and hunt whales.

Watlington was put in touch with bio-acoustician Dr. Roger Payne, who later founded Ocean Alliance. Dr. Payne,  with colleagues Katy Payne and Scott McVay,  investigated and realized that what they were hearing were fixed rhythmic patterns of repeated sound: in other words, song.

Since this discovery that whales sing songs, Dr. Payne and Ocean Alliance have gathered songs from whale populations throughout the world. Ocean Alliance’s whale song library now contains more than 2,400 recordings from fourteen different geographic regions. The library totals more than 6,000 hours of sounds and is the largest collection of humpback recordings. In 2020, Ocean Alliance began digitizing 341 reels through a Council on Library and Information Resources, Recordings at Risk grant and an additional 102 reels through board contributions. In 2021, Ocean Alliance received funding from the Coller Foundation to digitize an additional 1,800 reels and cassettes. 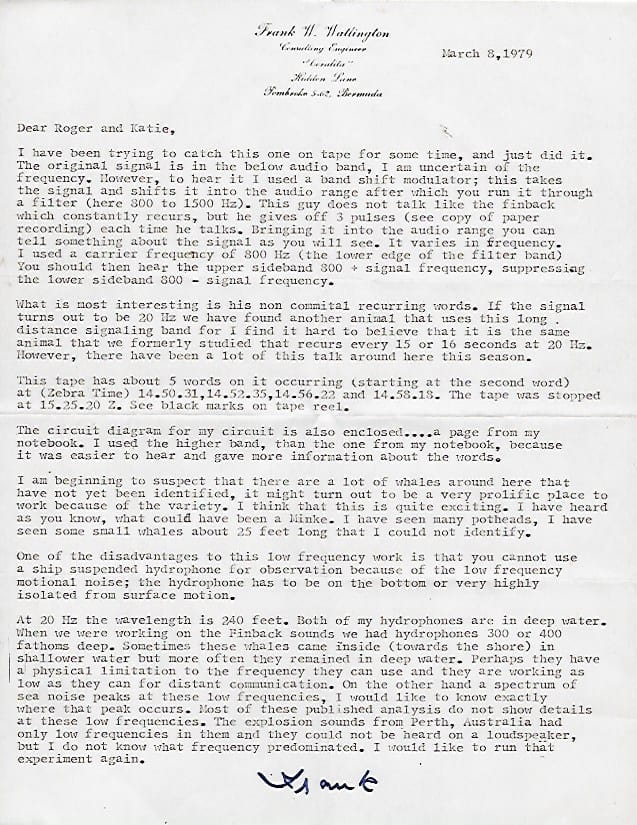 Songs of the Humpback Whale

In 1970 Dr. Roger Payne and Capitol Records produced Songs of the Humpback Whale. It became the largest selling nature album ever produced, and excerpts were included on the Voyager program spaceships, and in the movie Star Trek IV: The Voyage Home. In 2010, the album was added to National Recording Registry of the Library of Congress as one of the significant recordings that “are culturally, historically, or aesthetically important, and/or inform or reflect life in the United States.” 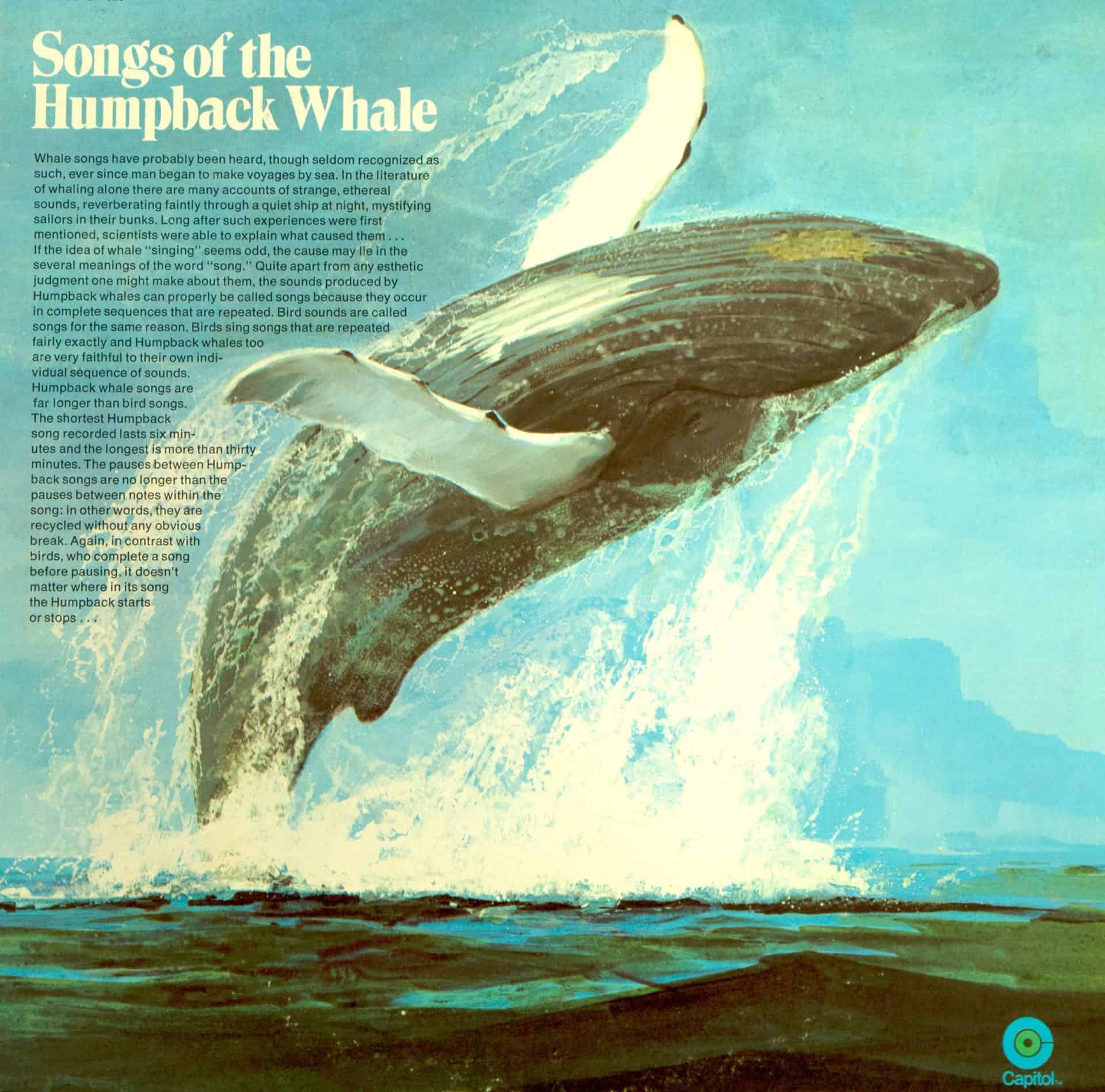