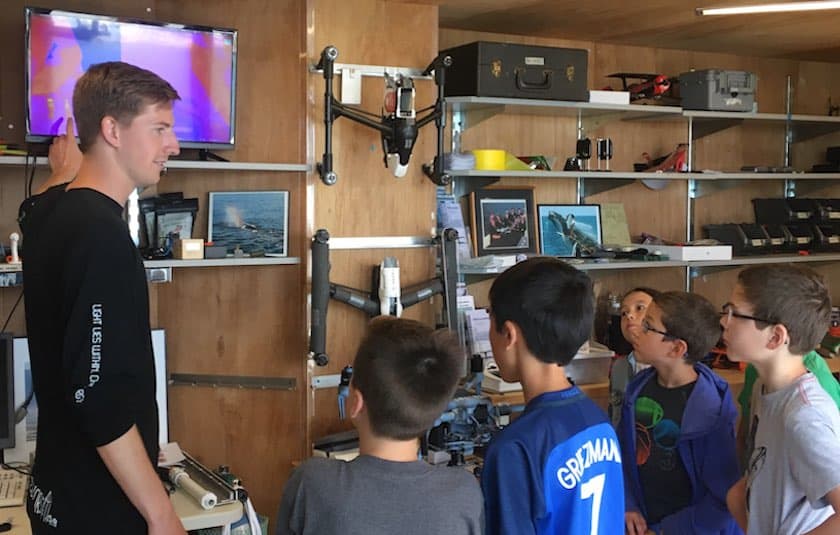 We had a group of very bright young students from Acera School (a nonprofit K – 8 STEAM school) come to Ocean Alliance yesterday to learn about our Drones for Whale Research program. The visit began with a tour of the Robotics Lab, which included a quick lesson/demo of thermal imaging using our DJI Matrice 210 with Zenmuse XT thermal camera.

The students also got to spend some time on our flight simulator flying various types of multirotor and fixed wing drones. Having worked on mini drones as part of the coursework, they were extremely excited to see Ocean Alliance’s vast collection of drones, old and new, functional and retired, and how the SnotBot drones have developed over the years.

After the Robotics Lab, the tour continued over at our main office in the former Paint Factory to watch some videos of SnotBot in action. The students had also previously learned about microbiomes in their coursework, so we showed them a SnotBot clip from our feature on National Geographic’s TV series One Strange Rock, where astronaut Chris Hadfield explains the importance of microbiomes for all life on Earth.