A Record Number of Right Whales at Península Valdés in 2018 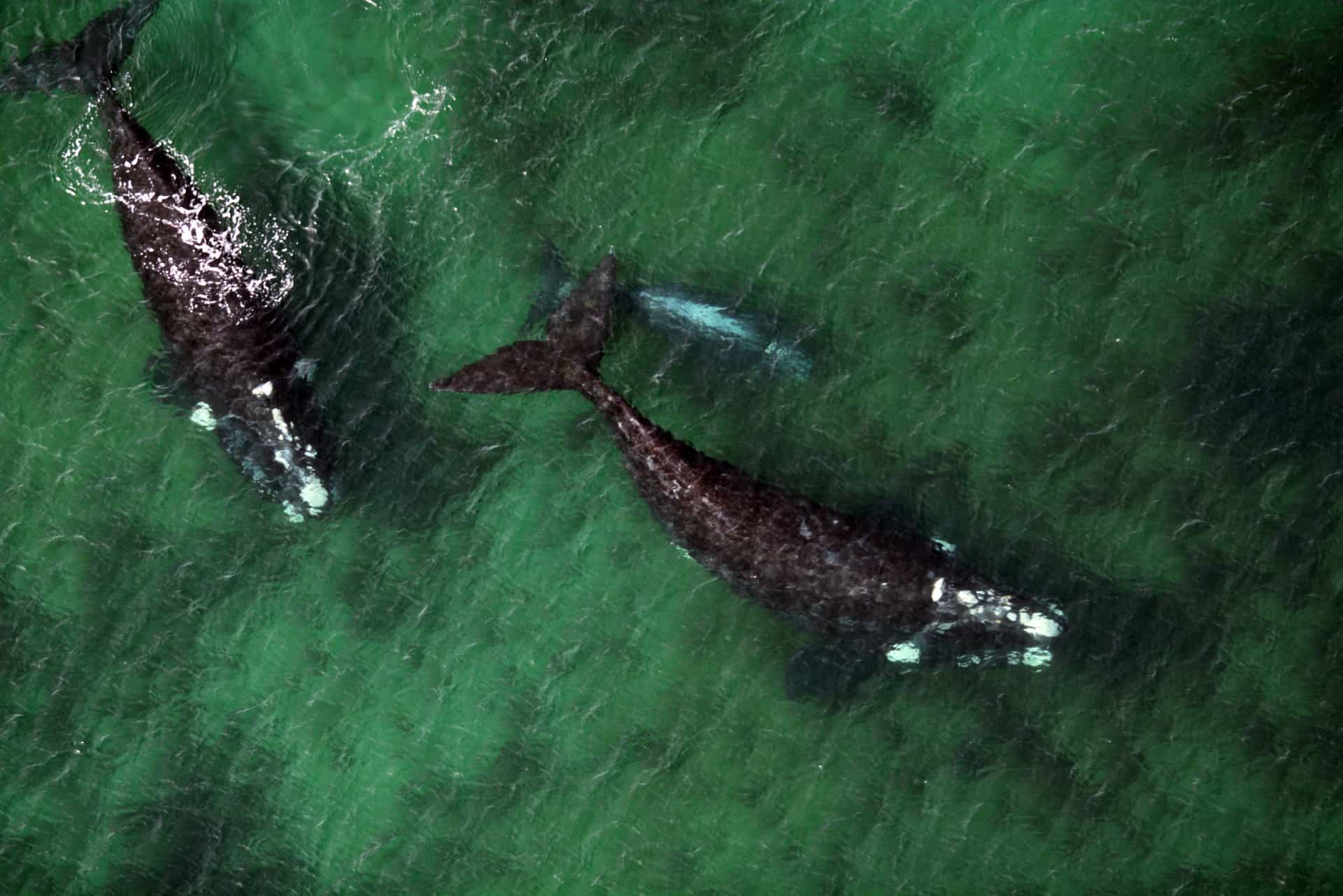 During the annual survey of right whales at Península Valdés, Patagonia, right whale researchers from  Ocean Alliance and the Instituto de Conservación de Ballenas counted 856 whales, the most ever recorded since the beginning of the study in 1971. The data from this long-running study are used to protect the whales and their habitat in Argentine Patagonia; it is the longest continuous study of a species of large whales.

Every year since 1971, researchers from Ocean Alliance (OA) and the Instituto de Conservación de Ballenas (ICB) have surveyed the coast of Península Valdés to photo-identify individual right whales from an airplane. This year the surveys counted a record number of whales on the 8th and 9th of September.  John Atkinson photographed the whales while Dr. Mariano Sironi, scientific director of ICB, and Marcos Ricciardi, ICB’s regional coordinator, recorded GPS locations and other sighting information. Sr. Pedro Domínguez of the Aero Club of Puerto Madryn piloted the plane. 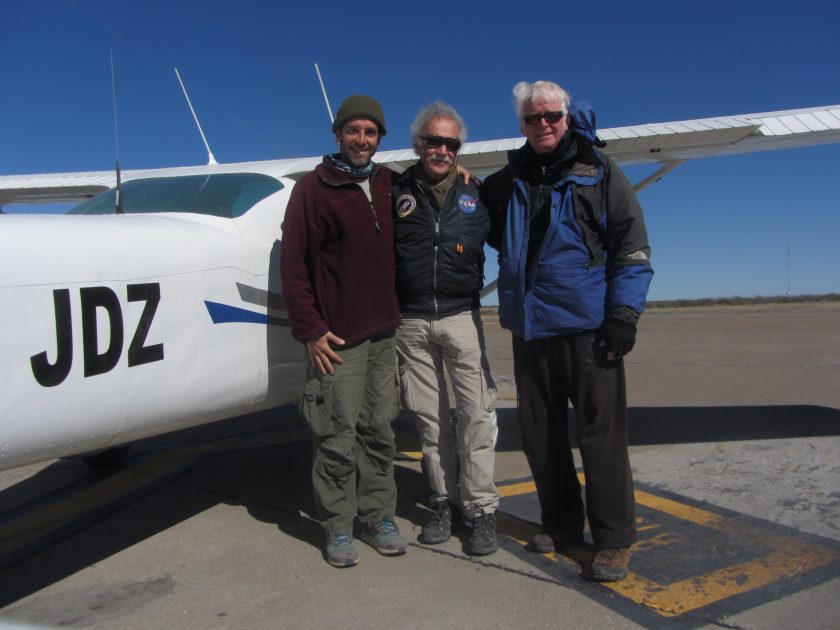 “During the survey we counted 865 whales including 365 calves in Golfo Nuevo and Golfo San José, breaking our 2017 record of 788 whales. In 2018 we counted more whales than we have ever seen in a year since the beginning of the study 48 years ago”said researcher Mariano Sironi. He added that “the highest denstiy of whales was found along the entire coast between Puerto Madryn and Puerto Pirámides. Seeing hundreds of whales with their calves from the air is a unique experience. In addition, we saw 18 white calves, another record. In addition we saw 30 dusky dolphins swimming in front of Puerto Pirámides, a beautiful image and a profoundly emotional spectacle of nature.”

The purpose of the aerial surveys is to photo-identify individual whales, particularly females with calves. The whales are counted at regular intervals by researchers in Centro Nacional Patagónico of Puerto Madryn. Prof. Victoria Rowntree, director of Ocean Alliance’s Right Whale Program explains that “each right whale has a unique pattern of callosities on its head which does not vary with time, , like our fingerprints, and allows us to identify individuals. We use a computer-assisted identification program which greatly speeds up the identification process.” 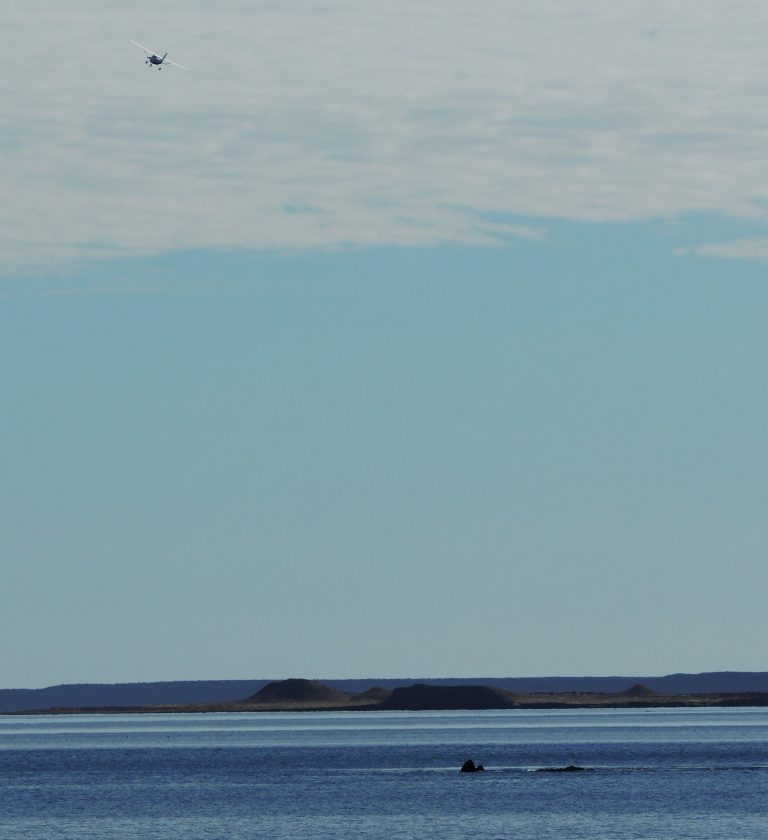 During the aerial survey in 2018 we found two new calves of the year dead along the coast, which we reported to the Right Whale Health Monitoring Program. The calves were examined by veterinarians and biologists and added to the data from nine other calves that died and stranded at the Peninsula this year. Eleven calf deaths so far are a relatively low number for the year when compared to previous years. 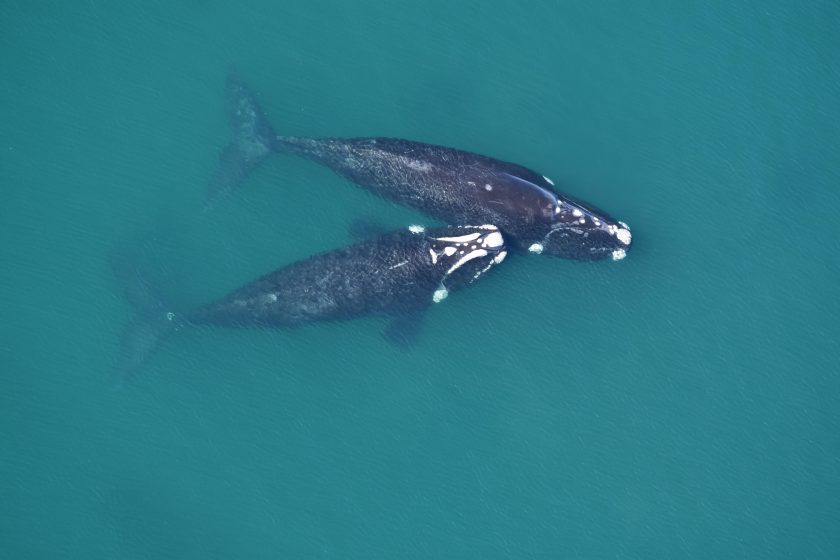 All information generated by the scientific studies of the ICB is reported annually to the Argentine authorities in the provincial and national governments responsible for managing and protecting Argentina’s wildlife and natural areas.

ABOUT THE INSTITUTO DE CONSERVACIÓN DE BALLENAS AND OCEAN ALLIANCE: The Institue for the Conservation of Whales (ICB) is a not-for-profit organization in Argentina which in 1996 was established to conduct research on the right whales at Peninsula Valdes to promote marine conservation through education. The program was initiated in 1970 by Dr. Roger Payne, President of Ocean Alliance (OA) in the United States. For 22 years both OA and ICB have been working together to promote the Right Whale Program with the objective of protecting the whales and their environment through research and education. The program in the United States is directed by Prof. Victoria Rowntree and in Argentina by Dr. Mariano Sironi and is the longest continuous study of a large whale species based on following the lives of known individuals. More information on the right whale activites of ICB can be found at www.ballenas.org.arand links to many videos of the whales and our right whale research team can be found on facebook at icb.argentina.