Searching for whales in the Gulf of Maine 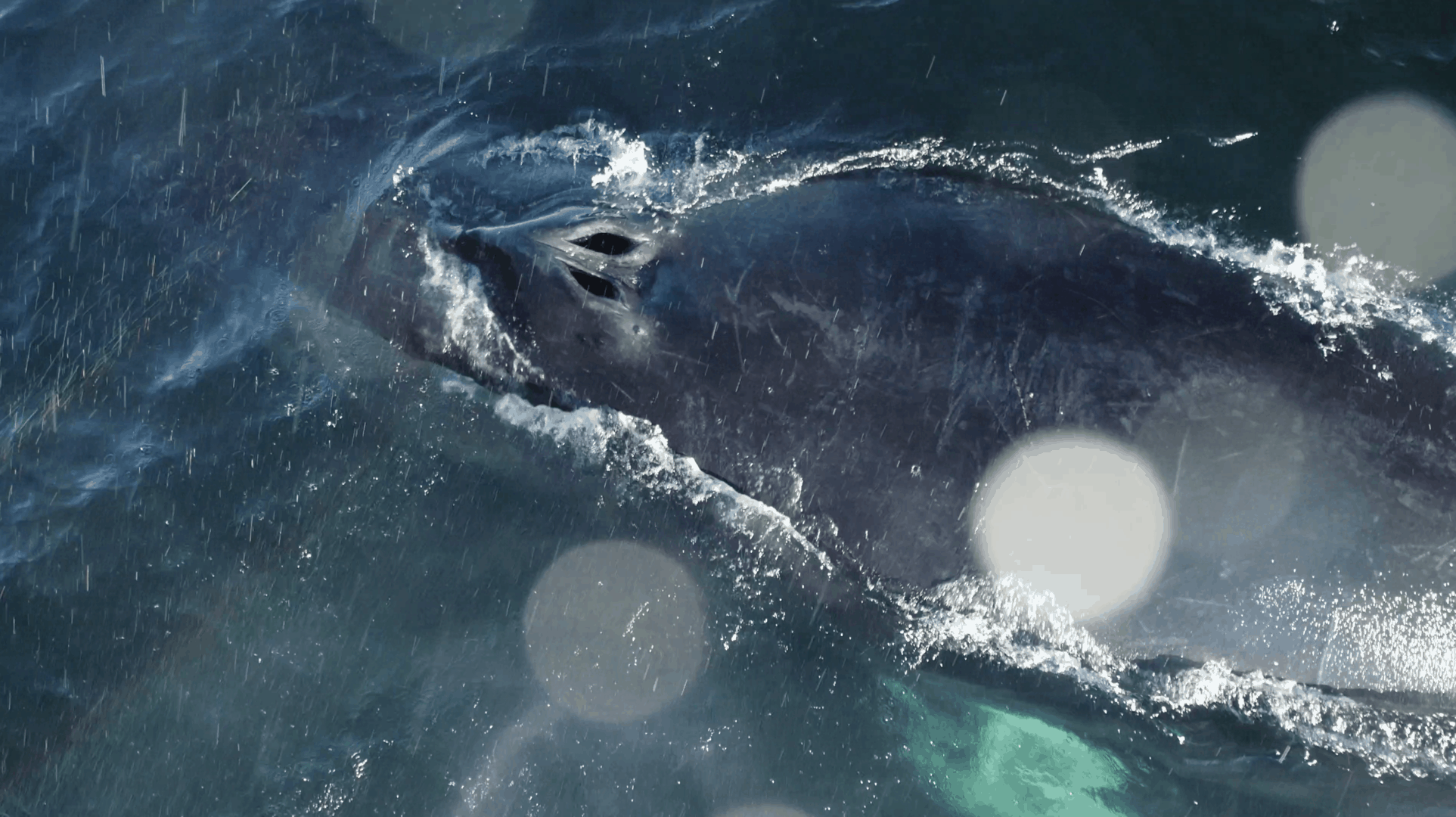 On Friday the 27th of September, the Ocean Alliance team went out on our Research Vessel Cachalot to study the whales in the Gulf of Maine.

We started by going North around Cape Ann and Rockport onto the Southern edge of Jeffrey’s Ledge. While Stellwagen Bank is far better known for hosting large aggregations of humpback whales during the summer and fall months, over the past few years we have found plenty of whales on the lesser known and less often visited Jeffrey’s Ledge. This time however, the team was to have no luck, and no whales.

Where whales go, and where they spend their time, can be difficult to predict.

For these humpback whales, the most important factor in determining where they go is where they can food: these animals are up in the waters off New England for the primary reason of finding food. In the late fall and early winter, these animals will then go back south to the warmer, calmer waters of the Caribbean to mate, give birth, and nurse new-born calves. 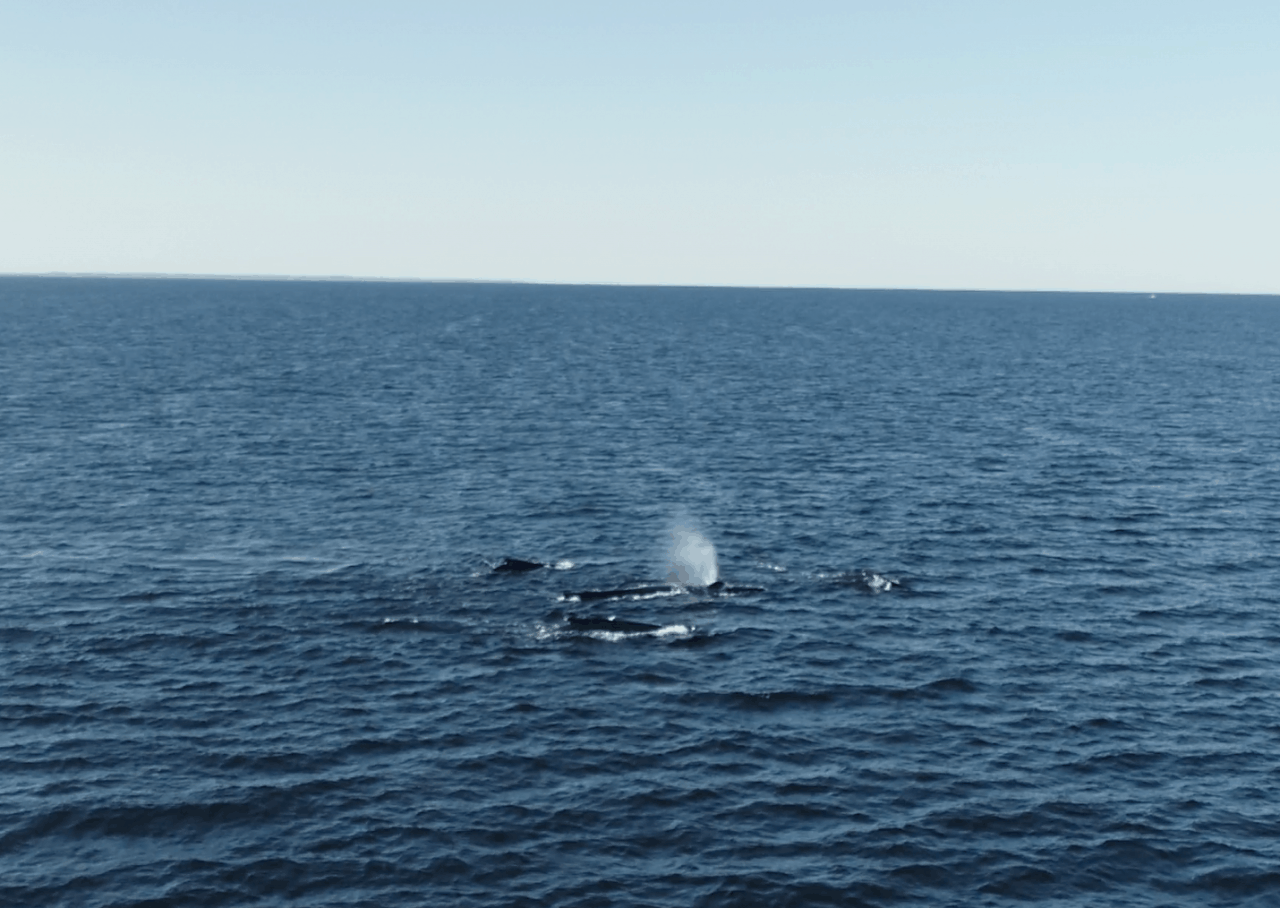 The waters of Stellwagen Bank and Jeffrey’s Ledge are very popular for humpback whales because the whales can find lots of whales there. Both these areas are effectively large shallow sandbanks that rise from the sea floor. When deep ocean currents carrying lots of nutrients hit these sandbanks, they bring all those nutrients up from the depths up to the surface. At the surface of the ocean there is more light, and tiny organisms called phytoplankton use this combination of light and nutrients to grow. This, in turn, creates lots of food for the small fish and krill which humpback whales feed on.

Even so, Stellwagen bank and Jeffrey’s ledge are huge areas: and even though whales are massive animals, it can be difficult to find them, and difficult to predict exactly where they will be: to the detriment of the Ocean Alliance team!

After going North to Jeffrey’s Ledge and finding nothing but a few seagulls, the Ocean Alliance team turned South, and headed straight for Stellwagen Bank. After hours of scanning the ocean looking for the little puff of air (or snot!) that signals the location of a whale, it can be difficult to maintain one’s concentration. Nonetheless, after a short while we had spotted our first whale and got to work.

Over the next couple of hours the team found a number of whales all clustered within a small area: clearly there was a lot of food in the area! We managed to collect four samples, which eventually will go to our analysis partners at the Gloucester Marine Genomics Institute (GMGI). The scientists at GMGI will use the samples to study the micro-organisms in the whale blow and determine what we can learn about the whales from these micro-organisms. 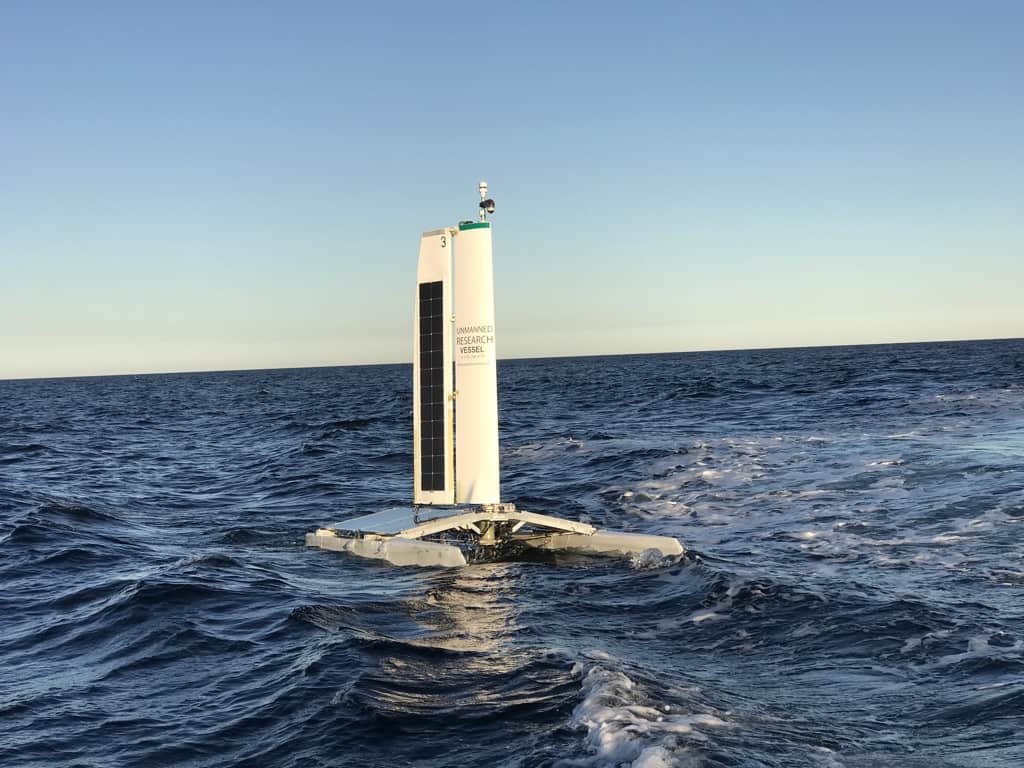 It was a frustrating start to the day, but a great end! As we headed back in to shore a vessel popped up directly in front of us which we could not see. As we got closer, it turned out to be a datamaran (above) developed and launched by Auto Marine Systems (AMS) of Somerville MA. This datamaran is a prototype: the ultimate goal of this program is to launch these datamarans with an array of sensors for collecting biological, chemical, and physical data on the oceans. This data will help the scientists at AMS better understand our oceans and the changes they are presently under going.